Megan Fox and Machine Gun Kelly have officially made their red carpet debut as a couple.

The actress, 34, and singer, 30, stepped out Sunday evening for the 2020 American Music Awards (AMAs), where Kelly performed two of his hits– "Bloody Valentine," which features Fox in the music video, and "My Ex’s Best Friend."

Fox introduced her beau before he took the stage.

“Once in a lifetime, magic can happen. For this next performer, we’ve all been under his spell since his debut in 2012,” she said of the artist, whose real name is Richard Colson Baker. 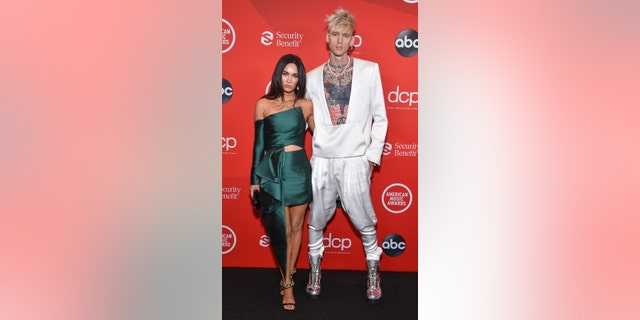 Megan Fox and Machine Gun Kelly started dating earlier this year after meeting while filming their upcoming movie ‘Midnight in the Switchgrass.’ (ABC via Getty Images)

Prior to the performance, Kelly and Fox posed on the carpet together, with Kelly wearing a white Balmain suit, which put his chest tattoos on display. He paired his look with silver shoes.

The duo went public with their relationship earlier this year following Fox's split with her husband of 10 years, “90210” star Brian Austin Green. The couple met while filming the upcoming movie “Midnight in the Switchgrass” and began dating shortly after.

In July, the pair appeared on Lala Kent and Randall Emmett’s podcast, “Give Them Lala … With Randall," and opened up about their instant connection. 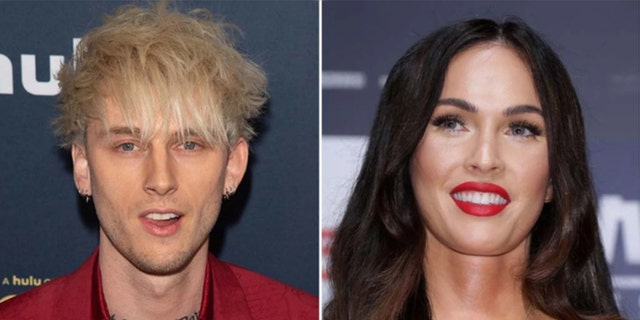 Machine Gun Kelly and Megan Fox made their red carpet debut as a couple at the 2020 AMAs on Sunday.
(Getty Images)

At the time, Fox said she knew immediately that Kelley was her "twin flame."

"Instead of a soul mate, a twin flame is actually where a soul has ascended into a high enough level that it can be split into two different bodies at the same time," she said. "So we're actually two halves of the same soul, I think. And I said that to him almost immediately, because I felt it right away."