Homes Under The Hammer presenter Martin Roberts has admitted he feels a ‘massive responsibility’ delivering supplies to the Ukraine/Poland border.

The television star, who is currently in the Netherlands, has bought loads of supplies that he hopes to donate to those who have been displaced in the next 24 hours.

Martin shared an update on his journey before embarking on the 13-hour drive from the Netherlands to the Polish border.

In a video posted to his Twitter account, he said: ‘I’ve managed a few hours sleep and yeah, it’s a really tough day today, it’s another 13 hours on the road.

‘Probably the longest day’s driving I’ve ever done, all the way down through Poland and a large portion of Germany.

‘We’ll just get on with it,’ Martin continued. ‘The thing is, the thing that keeps me going is that there are people that are waiting, although they don’t know they’re waiting yet. They’re there and they don’t know we are coming, but we are, with these really important supplies. 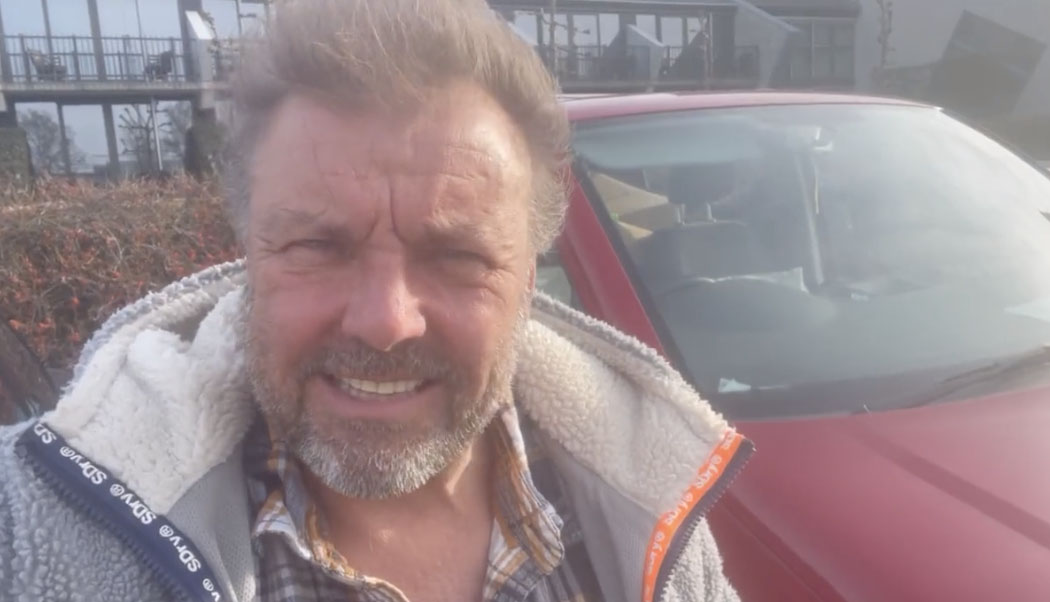 Martin’s act of kindness comes after he filmed himself outside a Costco this weekend, explaining that he felt helpless amid the crisis that has seen over 1.5million Ukrainians fleeing their homes since Russian President Vladimir Putin launched the attacks.

The presenter broke down in tears after he tried to buy medicines like Calpol, but wasn’t able to due to limits on how many items could be purchased.

Up to five million refugees could leave Ukraine in the worst-case scenario, Poland’s president has warned.

Andrzej Duda told BBC’s Sunday Morning show: ‘According to experts, in an extreme situation it could be up to five million people.

‘More than half of all refugees who have left Ukraine are in Poland. So, if there are five million, just imagine that we get 2.5m.’