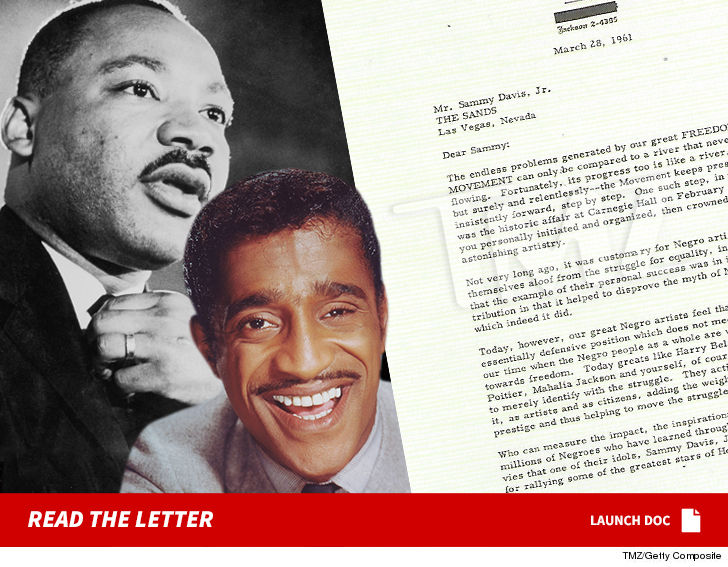 After Sammy Davis Jr. recruited some of Hollywood’s biggest stars for an event supporting the Civil Rights Movement, he got a letter of immense gratitude from Martin Luther King Jr.

Now, that letter can be yours for a nice chunk of change. MLK Jr. sent the thank-you note on March 28, 1961 — after the legendary performer organized a Carnegie Hall show featuring his Rat Pack pals — Dean Martin and Frank Sinatra — along with Jan Murray and himself.

That event happened in January, but King mistakenly wrote February in the letter. 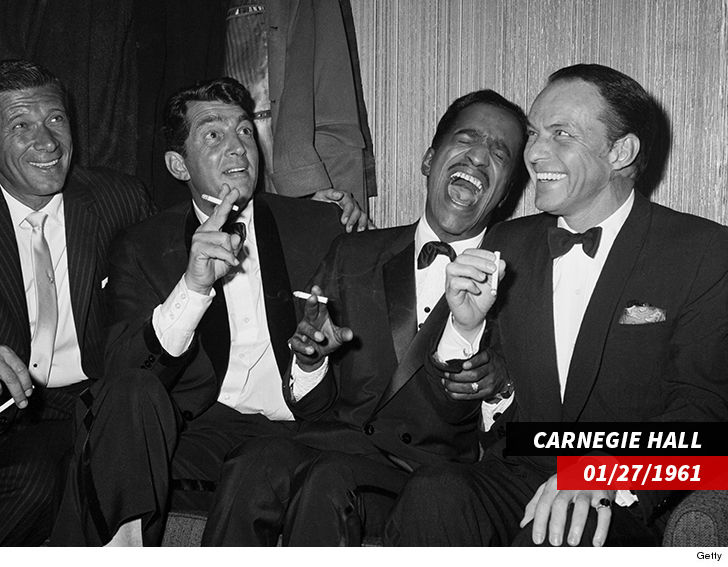 The benefit event was considered a tribute to MLK and raised more than $22k for the Southern Christian Leadership Conference. Yes, that was a lot of dough back then.

The letter commends Sammy and other African-American artists of the day — like Harry Belafonte, Sidney Poitier and Mahalia Jackson — for “helping to move the struggle forward.” King specifically praises Davis for being a role model and fighting for “the great cause of Negro freedom.”

MLK signed it and included a handwritten P.S. asking Sammy for Sinatra’s address … so he could thank him too.

The letter’s up for sale via Moments In Time for $85k.