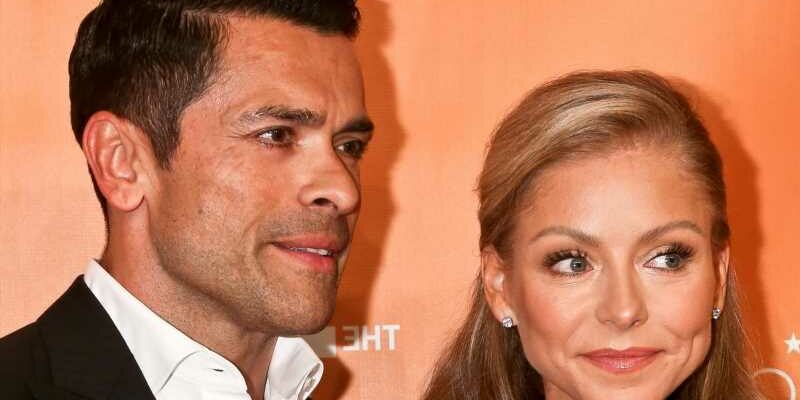 Mark Consuelos and Kelly Ripa – who live a pretty glamorous life together — seem to have it all figured out. The couple, who met on the set of “All My Children,” have been married since 1996, and their marriage’s origin story is to die for. According to Us Weekly, Consuelos proposed during a pizza and wine night, and the two quickly flew to Las Vegas to elope. They welcomed their first child, Michael, just one year later. In 2001 the pair added to their brood when their daughter, Lola, was born, and in 2003 they completed their family when their son Joaquin was born.

The married duo have gushed over each other often throughout the years. Ripa even keeps the spark alive by posting regular photos of her husband shirtless or looking handsome, which her daughter has spoken out about. “That’s disgusting,” Lola previously told her mother, per People. “I block that out of my mind. I forgot that you even did that. I don’t even know if I follow you on Instagram still,” she joked. In 2019, Consuelos revealed what he believed to be the reason behind his successful marriage. “I’m crazy about her,” he said of Ripa. “She’s an extremely patient and tolerant woman, and I think that’s the true secret to our marriage.” Now, the actor is opening up more about the couple’s long-lasting union.

Mark Consuelos and Kelly Ripa have been married for over two decades. The couple has often been open about their relationship, and the duo is speaking out again about what’s made their marriage work. They dished about their marriage during an April 2021 episode of the “Double Date” podcast, and revealed some intimate details about their life (via People). “What’s funny is I think of us as such a progressive … couple. I always think of us as politically progressive,” Ripa said. “Yet, when it comes to our own family and our marriage and our roles, I think of us as very traditional and almost old-fashioned in our roles.”

The television host also revealed that she wanted to be the one who was home with the couple’s children, while Consuelos would travel for work. Consuelos admitted that in his marriage he’s a very “traditional guy,” and expressed that to his wife at the beginning. “I feel like there are certain roles — it’s hard to explain exactly what those roles are,” he said. “We had a conversation where I said, ‘Hey listen, there’s really only room for one man in this relationship and it’s going to be me.'”

Despite the sacrifices Consuelos has made to travel for work while his wife was home with their family, it appears that the duo has nailed down a routine that works perfectly for them and their kids.