Macaulay Culkin has a new middle name, thanks to a bunch of filthy animals who voted.

The Home Alone star revealed last month on The Tonight Show that a poll was open on his site, BunnyEars, until Christmas Eve and would determine his new moniker, which he vowed to legally adopt. 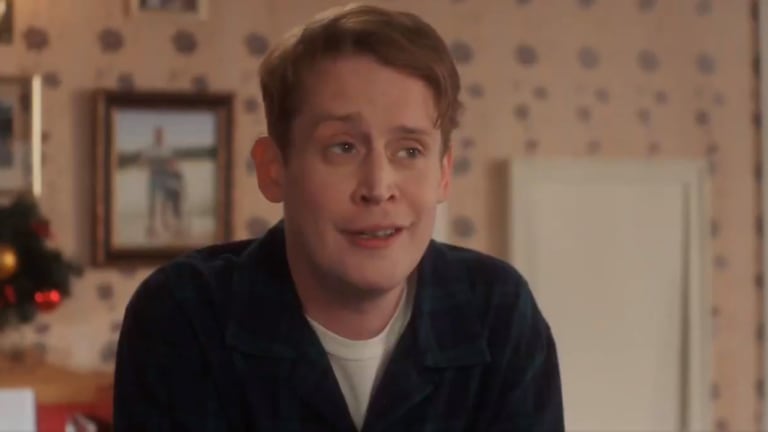 The 38-year-old former kid actor, who recently reappeared as grown-up Kevin McAllister in an ad for Google, told host Jimmy Fallon he was ready to leave his current middle name, Carson, behind.

And now he can.

By an overwhelming number of votes – 60,990 according to the poll results – the proposed middle name 'Macaulay Culkin' beat out the other finalists: 'Shark Week', 'Kieran' (a suggestion from his brother, Succession actor Kieran Culkin), 'TheMcRibIsBack' and 'Publicity Stunt'.

'TheMcRibIsBack' came in second with 14,558 votes according to the website, with 'Kieran' rounding out the top three with 13,559 votes.

Culkin announced the winner on Twitter Christmas Day, probably after he got done asking Santa for a new family and thanking him for a toothbrush approved by approved by the American Dental Association.

"In 2019 my new legal name will be: Macaulay Macaulay Culkin Culkin," he shared with followers. "It has a nice ring to it (if you like my name)."

Culkin previously opened up about the possibilities to Fallon, including being Macaulay Macaulay Culkin Culkin.

"So, if somebody comes up to me at the airport, and says, 'Excuse me, are you Macaulay Culkin?' I'd go, 'Well Macaulay Culkin is my middle name'," he said.