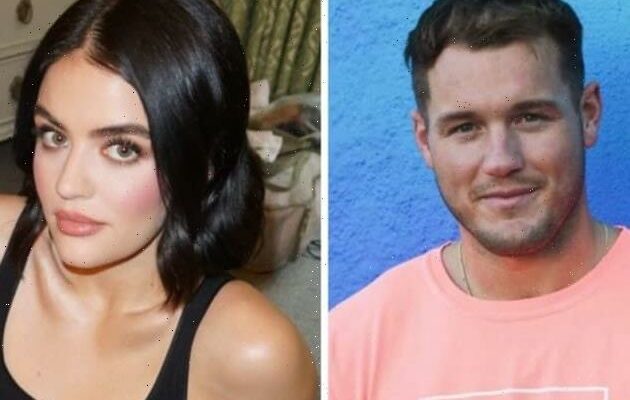 Which is now sort of ironic.

Because the actress has jumped on social media to express her pride for the way in which Colton Underwood is now living his truth.

The former Bachelor lead came out as gay last Wednesday, talking in detail about his sexuality and his journey to this point with co-host Robin Roberts.

Underwood has received plenty of support from residents of Bachelor Nation ever since, but Hale has a unique connection to the former reality star;

They used to date!

“I’m really, really happy for you @coltonunderwood,” wrote Hale on her Instagram Story late last week, tagging the man with whom she had a fling in the summer of 2020.

Concluded Hale in her post, once again addressing Underwood:

“You deserve to be seen, heard, and accepted for exactly who you are. Brave, bold moves and I’m HERE FOR IT.”

“Obviously this year has been a lot for a lot of people,” Underwood told Roberts of how he arrived at a place where he could make this admission.

“And for me, I’ve ran from myself for a long time.”

“I’ve hated myself for a long time.”

Colton then came right out with the following:

“I’m gay and I came to terms with that earlier this year and have been processing it.”

In his memoir, Underwood did write about his past struggles and questions, explaining to readers that he wondered back in the day why he didn’t wanna drink of sleep with girls in high school.

At one point, Colton even Googled Am I Gay?

That was then, of course.

Now, Colton is known as The Bachelor from Season 23, the first-ever virgin to anchor this popular ABC reality show.

He went on to date Cassie Randolph for about two years, only to then split from her in ugly fashion.

Randolph even took out a restraining order against Underwood because he allegedlly loitered outside her apartment after the break-up and even placed a tracking device on her car.

“I’d like to say sorry for how things ended. I messed up. I made a lot of bad choices,” the 29-year-old told Roberts of how he treated Cassie and how he acted last year.

“I would just say that I’m sorry from the bottom of my heart.

“I wish that it wouldn’t have happened the way that it did.”

“I wish that I had been courageous enough to fix myself before I hurt anyone else.”

With Underwood now set to star on a Netflix show about his personal life, Cassie broke her silence on his homosexuality reveal a few days ago.

“Thank you everyone for the kind comments and messages. It means so much,” she simply wrote alongside a link to her YouTube channel on Friday, April 16, via Instagram Stories.

“And yes, some of you are asking about my YouTube for this week.

“I decided to take the week off, but will have one again next week!!”