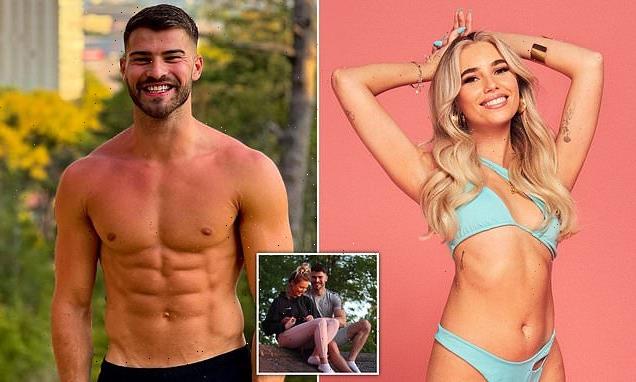 EXCLUSIVE ‘It would be weird to watch your ex every night’: Lana Jenkins says she avoided watching Owen Warner on I’m A Celeb – and doesn’t expect him to follow her Love Island exploits

Thousands of adoring fans tuned in to watch him on I’m A Celebrity… Get Me Out of Here! last year – but Owen Warner’s ex-girlfriend wasn’t one of them.

Make-up artist Lana Jenkins, 25, who is heading into the Love Island villa, admits it would have been ‘weird’ watching her ex on TV every night.

She said: ‘I watched the last one and that was it. He got to the final and that was amazing but I thought it was a bit weird to watch your ex for an hour every night on telly. It’s just a bit weird.

‘I did send him a message when he got out and said, ‘well done that’s amazing that you came runner-up’. It was nice.’ 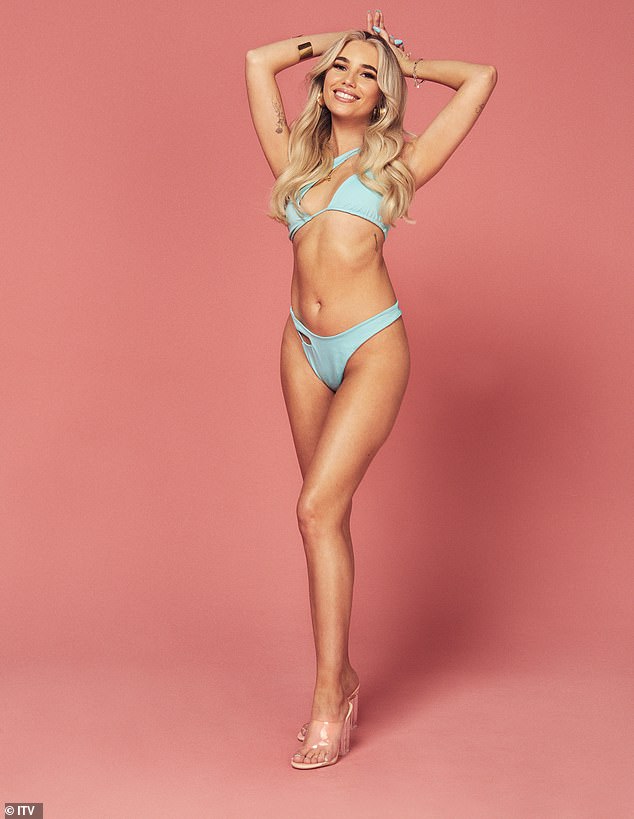 Opening up: Make-up artist Lana Jenkins, 25, who is heading into the Love Island villa, admits it would have been ‘weird’ watching her ex on TV every night

Lana, from Luton, didn’t tell Owen, 23, that she had signed up to the ITV2 show and says she isn’t expecting the Hollyoaks star to tune in when she enters the South African villa with nine other singletons on Monday night.

She added: ‘We have quite a lot of mutual friends so I don’t know if he’d have heard from anyone but I definitely just left it. He’ll find out when he sees it.’ 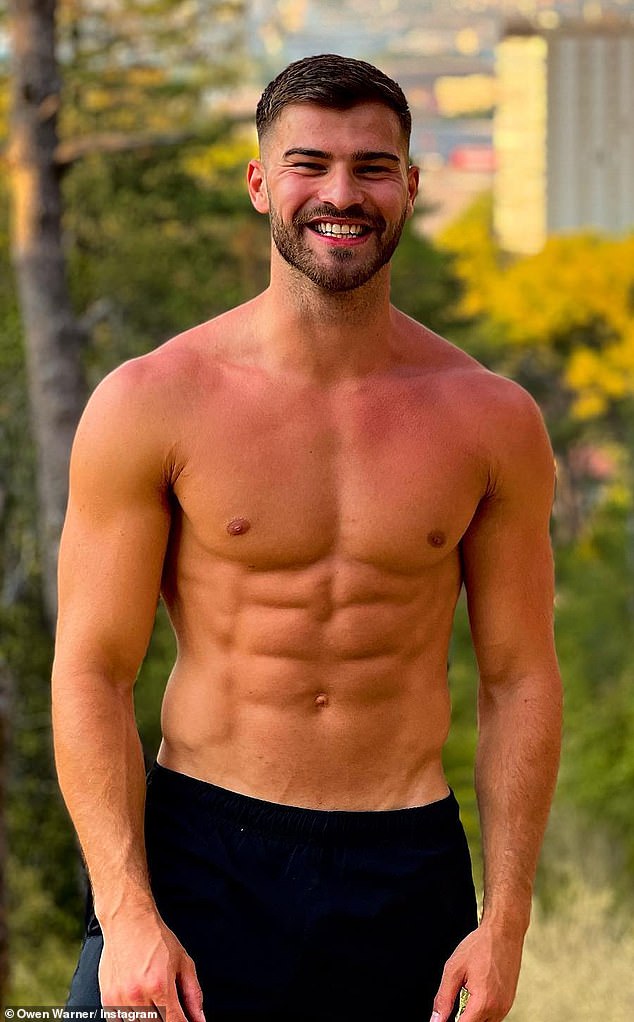 Old flame: The pretty blonde has previously dated Hollyoaks star Owen Warner – perhaps best known for his recent appearance on I’m A Celebrity… Get Me Out Of Here! 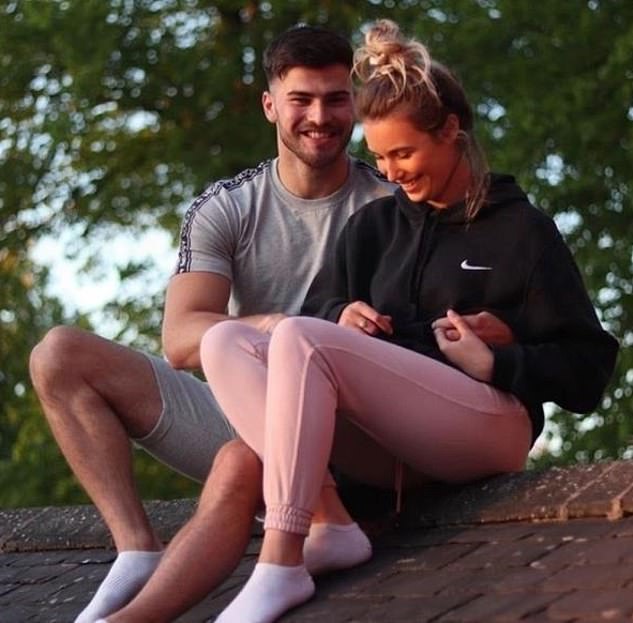 Lana and Owen started dating after his split from Stephanie Davies. The pair had been together for nine months.

She confirmed their romance on Instagram in a now-deleted post which saw Owen smiling with his arms wrapped around her.

Speaking about their romance, she said: ‘We had a lovely relationship. We had a bit of a lockdown relationship so we spent a lot of time together and then when we ended.

‘We ended amicably so I have nothing bad to say about our relationship and the time we spent together.’

But she did admit that their split left her heartbroken at the time.

She explained: ‘I have had one heartbreak which was my last relationship, but I think coming out of that made me a stronger person.

‘For me I don’t think revenge and that works. I’m always about forgiveness. If I forgive it makes me feel better. Not that there was anything to forgive.

‘I look to friends and family and go out for nice meals. That’s how I cope with things… I think coming out of a relationship you always learn lessons you grow as a person.

‘I don’t think necessarily a bad break up is a bad thing in the long run.’ 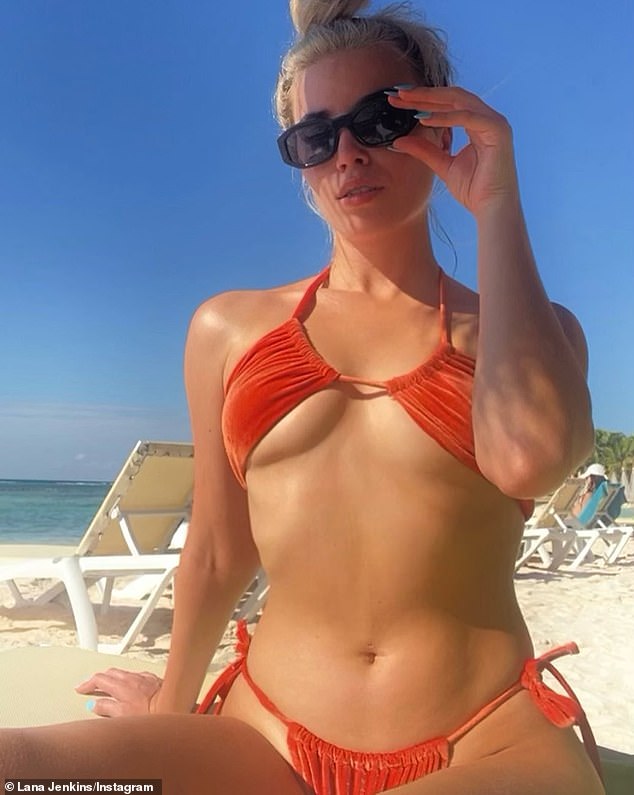 There she is: Lana shows off the stunning figure that helped win her a place in the villa

She said dating the soap star has helped her to cope with life in the public eye, but said it will be nothing compared to the scale of interest in her life and relationships when she leaves the villa.

‘I have seen probably a different side to people that haven’t been in a relationship with someone who is in the public eye,’ she said.

‘I kind of do see it from that point of view a little bit but obviously this is such a big scale so I don’t know what’s going to happen.

‘But I’m really excited for it. I don’t think I have any issues for the future. I’m just looking forward to it to be honest.’

‘I think I’m quite picky so for the past two and a half years I’ve dated people but nothing has ever gone serious because I just find fault in people,’ she said. ‘I think my head goes for looks first and I go ‘oh god I should have waited until I know them’. 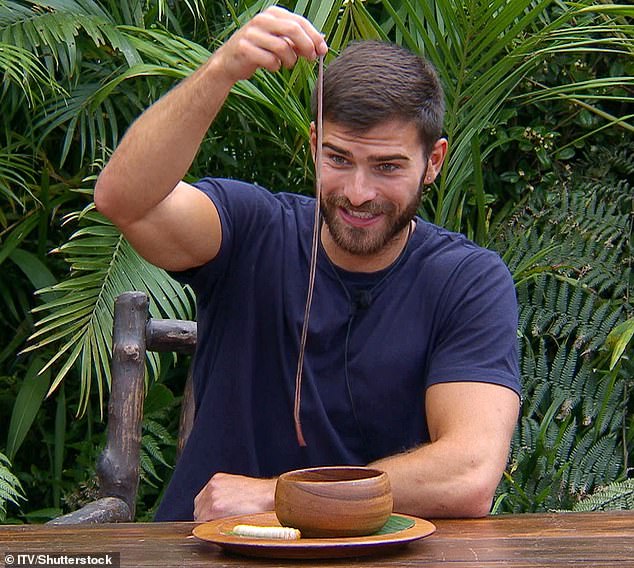 Big hit: Owen’s affable personality made him a popular presence in the Australian jungle camp

‘I have struggled picking people out myself so it’s nice to hand it over.

‘My ex-boyfriend was a year younger than me – but I’ve also dated people up to nine years older than me as well so I haven’t really taken age into consideration.’

Lana, who has done make-up for Michelle Keegan, George Ezra, James Arthur and Jennifer Metcalfe, is fluent in Spanish having grown up in Spain and once starred as an extra in ITV comedy Benidorm alongside her sister.

‘I can’t even remember it I’ve just seen it,’ she said of the episode. ‘I think it’s literally if you blink, you’ll miss me.

‘It’s me and my little sister in a queue somewhere. We do watch it sometimes for a laugh.’

Something not many people know about her: ‘I have Vitiligo, which is a skin pigmentation, you may not even notice it.’

‘It’s on my lip and I have a stripe on my hair. Not many people know that but I think it’s quite cute.’

‘I don’t care about covering it up all the time, I think it’s a vibe.’

Something not many people know about her: ‘In my work as a makeup artist I’ve worked with lots of celebrities.

‘Also, when I was 6-years-old I used to live in Spain and I was in an episode of Benidorm as an extra.’

Something not many people know about her: ‘I went on a date once and I never saw him again.’

‘We went for food and shared a bottle of wine. As I was speaking to him he fell asleep!’

‘I had to clink his wine glass to wake him up.’

Something not many people know about her: ‘My celebrity crush is Channing Tatum – I don’t like pretty boys, they give me the ‘ick’ because they always have a crap personality.’

‘Channing Tatum is handsome but not too pretty. He’s manly and he can dance.’

‘If a man can dance I’m in love with him straight away.’

Something not many people know about her: ‘I did a film with Jason Statham and had a nice 10-minute convo about life.’

‘I’ve been a ring girl for KSI, I played a waitress in James Bond with Daniel Craig and I’ve also been a body double for Michelle Keegan and Emma Watson.’

Something not many people know about him: ‘I’m a Jamaican citizen. Because of that I played rugby 7s for Jamaica.’

Something not many people know about him: ‘On meeting me, you’d never know I am blind in one eye.’

‘It was the result of a football injury when I was 8. I’ve got two different coloured eyes, one blue and one green.’

Something not many people know about him: ‘Every night I light a candle and meditate for 20-25 minutes.’

‘A girl I was seeing told me to meditate, I tried it and loved it. I stopped seeing her and carried on meditating!

‘It’s a nice way to self reflect’

Something not many people know about her: ‘I’m a very emotional person. It can be a blessing and a curse.’

‘Every time I watch Dear John I cry.

That’s my favourite film. Any time I’m with someone and they say, ‘Let’s watch a romantic film’, I’m like, ‘How about Dear John, how does that sound?’

Something not many people know about her: ‘I’ve never found love. I think this is the show that can help me.’