In case you missed it (there is a lot going on, after all), Lori Loughlin is currently serving out a prison sentence for her part in the college admissions scandal. The actress was sentenced to two months in federal prison, and apparently it’s not going super well so far.

“Lori really went into prison strong, she had her faith and the support of her family, but the first few days and road ahead are daunting,” a source tells Us Weekly, with another claiming the actress has been a “wreck.” 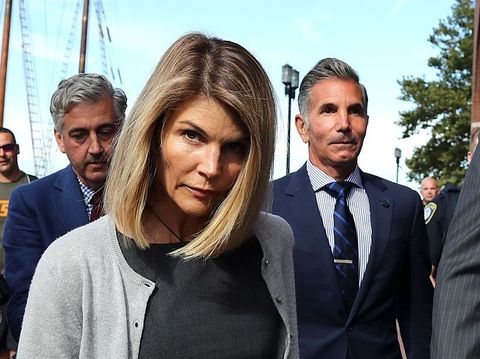 “Lori tried her best to be brave and look at the end result but there was nothing that could dissipate her fears,” the source said. “It’s only two months but she’s dreading it. Her mind keeps telling her that something will go horribly wrong in prison or that her stay could be prolonged.”

Lori reported to a Federal Correctional Institution in Dublin, California, on October 30—the same institution where Felicity Huffman served 11 days of her sentence. Apparently, Lori is hoping to be released by Christmas, with a source previously telling Us Weekly, “As of right now, Lori is being told she will be released before the New Year. Lori wants all this behind her as soon as possible so she can start next year off with a fresh start.”

On top of the prison sentence, Lori will have a two year probation, will have to pay a $150,000 fine, and will have to perform 100 hours of community service.