Meghan Markle, 41, has received heavy criticism around the world since the release of her new interview with The Cut and her Spotify podcast, Archetypes. Lord Alan Sugar, 75, has taken to Twitter to call out a social media user for his “rude and disrespectful” post directed at the Duchess of Sussex.

Meghan is the front page of this month’s The Cut, the magazine related to The New York Post.

Due to her comments regarding the royal family, however, Meghan has received heavy criticism since the article’s release.

MoaningSparkle took to Twitter to share the front page of the magazine changing “The Cut” to “The C***t”.

Angered by the post, Lord Sugar responded in view of his 5.2 million followers: “Very rude and disrespectful. No matter what you think of her. Pull it down.” 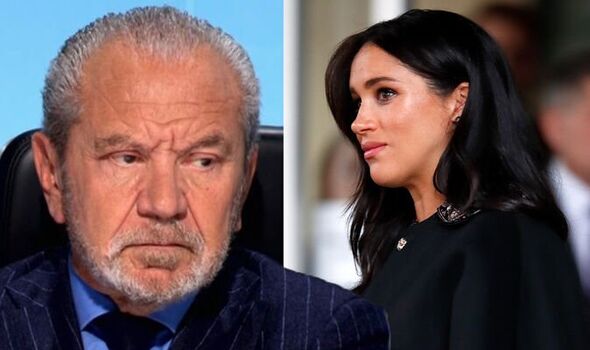 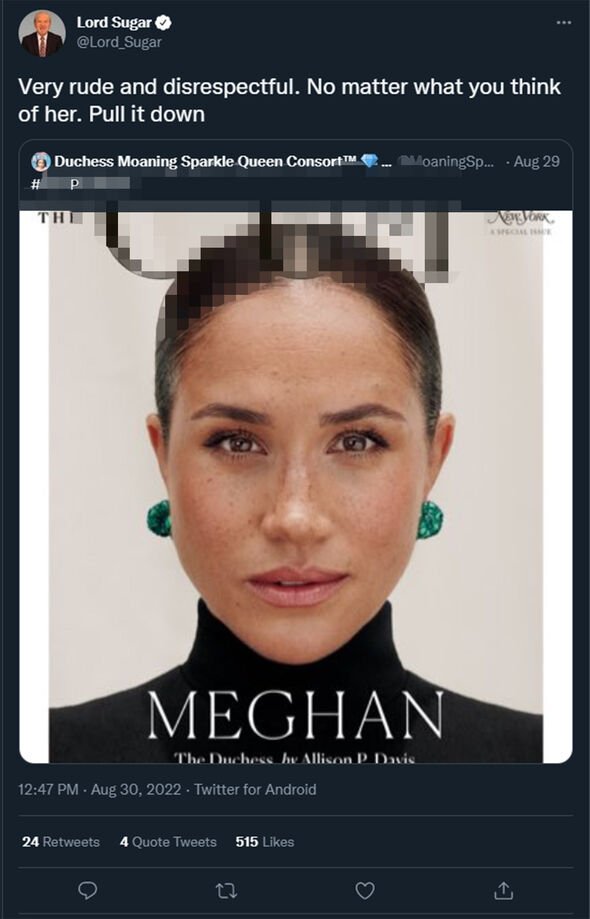 Cwpnicki said: “Well said. They forget how bullying can actually kill people. Just either everyone would leave them alone.

“Look at poor Caroline Flack, she was bullied by the media and what happened there. Grow up people there are more important things to worry about right now x.” 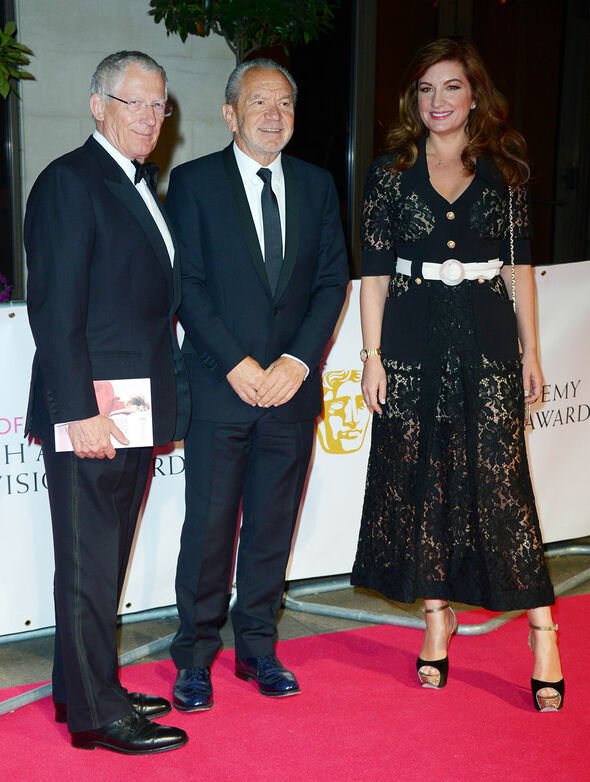 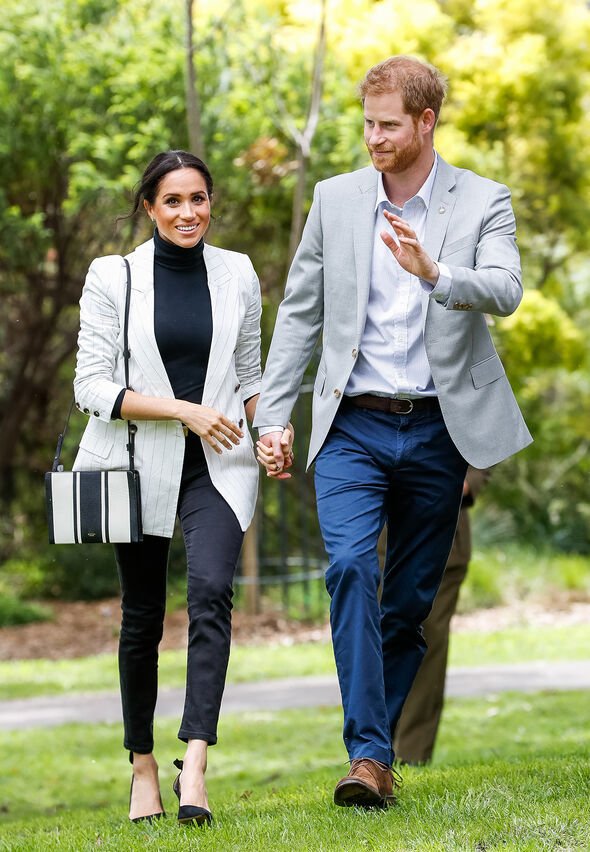 Agubankov added: “You are so right Lord Sugar!! I am with you on this one.”

However, the majority of the comments were met with further criticism against Lord Sugar as he stuck up for the Duchess of Sussex.

TheBarcaFan7 said: “You’ve made a career out of being rude to people on the BBC Apprentice show.”

Oxosbase added: “Meghan is a disrespectful person, so I find this mildly amusing.”

Barbara26451 commented: “Meghan is a very self centered person. She needs to do a public apology for how she treats the Royal Family.”

Meghan spoke to The Cut about her family life in California after stepping down from royal duties in 2020 as well as discussing her new Spotify podcast, Archetypes.

Most notably, Meghan blamed the tabloid culture in the UK for why her and Prince Harry’s families have been torn apart.

She said: “Harry said to me, ‘I lost my dad in this process. It doesn’t have to be the same for them as it was for me, but that’s his decision.”

Royal commentator Russell Myers has since commented on the situation, telling the world that Meghan’s claims will be “severely damaging and distressing” to Prince Charles.

He added: “He offered them an olive branch on several occasions; ‘come and stay at my house, worried about security’ – and I think the bridges are already burned – there will be absolutely no way back from them.”

Meghan also chatted to Mariah Carey in the latest Archetypes episode, which saw her claim that she “was treated like a black woman” when she began dating Prince Harry.