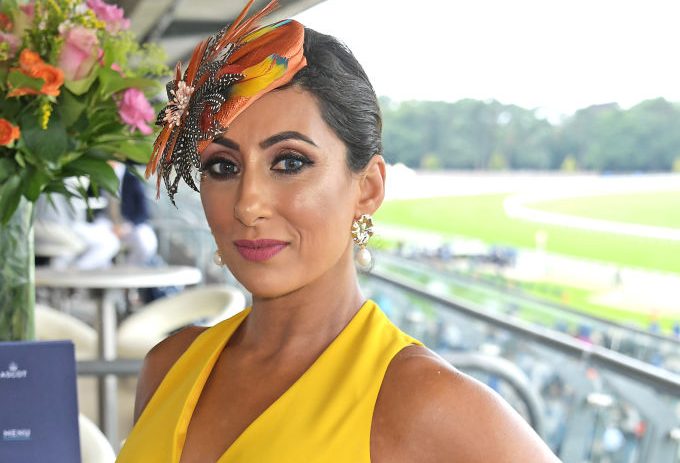 Saira Khan has revealed she pretended to be a practicing Muslim to ‘make my family happy’.

The TV star, who quit her role on Loose Women last month, said she now has the ‘courage’ to be honest after living her life ‘tinged with guilt’.

‘My milestones have always been tinged with shame and guilt – marrying Steve, being on the telly talking about my life, adopting a child, and not following Islamic rules on inheritance rights,’ she told The Mirror.

‘As a 50-year-old educated, independent woman with my own family and life experiences, I now have the courage to say that I’m not practising.

‘As a woman, the more pious you are, the more respect your family is given. My family mean the world to me, so I’ve pretended to be someone I’m not to make them happy.’

Saira, a former contestant on The Apprentice, previously hit out at critics within the Muslim community who deemed her ‘evil’ for participating in Loose Women’s Body Stories campaign in 2017.

Speaking on the ITV show, Saira said: ‘I got lots of support from the Muslim community, but there were a few people who decided to take it the wrong way.

‘My family are Muslim and I have to be very careful what I say and I’ve kept my mouth shut for a very long time, but I decided for the first time to actually confront this head on.’

After reading a message on-air which labelled her as ‘evil’ and a ‘disgrace’ for baring her body, she said: ‘My response is basically to call him a misogynist, backward, brainwashed, idiotic person.’

She added: ‘I am a Muslim and I’m very happy to take part in this campaign. For me, it’s helped a lot of women of colour to say “yeah our bodies look like that, we are normal too.”’

On leaving Loose Women after five years, the mum-of-two explained she wished to ‘pursue other life experiences’.