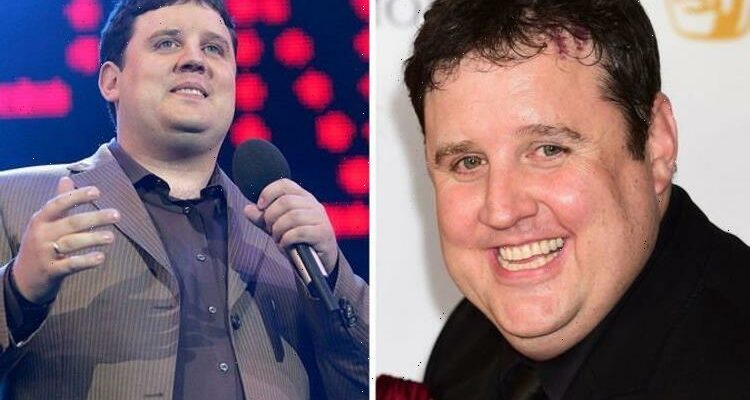 Peter Kay discusses starting out in television in 2016

Comedian Peter Kay said that his priorities have changed in recent years, particularly after becoming a father. In a new interview to coincide with the release of the audio version of his first book The Sound of Laughter, the Phoenix Night’s star reflected that the same had happened for a lot of people following the coronavirus pandemic.

Peter’s first book was written back in 2006 however he has only just got round to recording the audio version.

He voiced the first chapter for charity soon after it’s release but never completed the book.

The father-of-three explained that “life just got in the way”.

During lockdown he was asked to record a complete audio version of the autobiography in order to provide some light relief during difficult times.

He said re-reading the book – which still holds the record for being the best-selling hardback autobiography – after 15 years was “fascinating”.

When asked why he had not written a book since his 2009 bestseller The Sound of Peter, he said that his priorities had changed.

“I suppose it’s like I said before, life gets in the way. Becoming a dad changed my priorities,” he told Chortle.

“The trick is getting the balance right in your life. I think a lot of people were forced to realise that during the pandemic.

“I think a lot of people’s priorities will have changed forever now. Hopefully for the better,” he added.

Peter and his wife Susan Gargan, who tied the knot in 2001, have three children together.

A teenage son called Charlie and two younger children who they have kept out of the limelight.

The 48-year-old funny man is now working on a third volume of his memoirs.

It is thought to be a collection of stories about his TV work over the years.

More recently he was seen in Peter Kay’s Car Share which ran until 2018.

Back in 2017, the stand-up comedian was due to go back on tour but cancelled all of his gigs and future obligations due to “unforeseen family circumstances”.

He had previously said that making time for his family was important to him.

Peter told The Mirror in 2003: “I just feel I’ve got to have time to be the other things I am in life: I’m a father and a husband.

“I enjoy the fact I can be on Paul O’Grady in the afternoon and sitting down, watching the television with Susan in the evening.

“Money’s nice because it brings you security. But I promise, if it had meant being away from the people I love I wouldn’t have bothered.”

Peter Kay’s The Sound of Laughter is available to download from September 16 for Audible members.