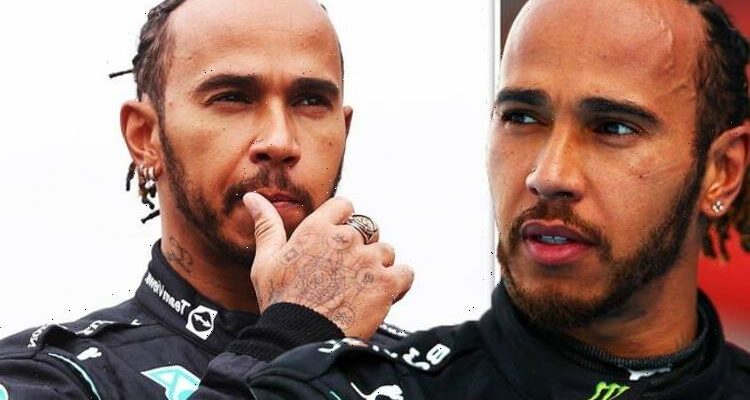 Formula One star Lewis Hamilton is said to be risking sparking fury from his Kensington neighbours by felling and cutting back historic trees at his London mansion. The Mercedes driver, 37, purchased his £18million mansion in 2017 and is reportedly planning a huge revamp of the property, including the cutting down and trimming of trees which sit in a conservation area as well as plans to build a summer house and extension.

Due to the location of the home being in a conservation area, Lewis has faced planning battles with locals over the ideas for his home.

The F1 racer is reportedly planning to include a rear extension, new frontage, a summer house and larger gates to the property.

However, the proposals to the council include the cutting down and pruning of historic trees.

Lewis’ garden design team have submitted an application to prune a Horse Chestnut tree by two metres to “reduce shading”.

The star was granted approval from the Royal Borough of Kensington and Chelsea council despite the tree being under a Tree Preservation Order.

Additionally, the sportsman’s neighbours are said to have asked for the “horizontal branches that hang over their property” to be pruned back.

They branded “the pigeon droppings” that fall into their garden “a nuisance”.

In a separate application, the star has submitted a proposal to cut down an Amelanchier tree, claiming that it is “80% dead and in terminal decline”, as well as cutting back the crown of a Magnolia tree by “one to two metres”.

The two trees are not under Tree Preservation Orders but are inside the conversation area and a decision has yet to be made.

After the sporting star’s plans for his home were submitted, neighbours have told of their concern that the home has “remained empty” since he bought it.

They also disagreed that the trees were in a “poor” condition and voiced fears about the summer house being used as a “party house”.

One reportedly said: “It certainly does not need another house at the rear of its garden, which, if the owner ever does move in, will no doubt be used as a ‘party house’ away from the main residence, due to the nature of his lifestyle.

“It is disheartening to see tree consultants describe the quality of the poplars (and certain other trees) as ‘low quality'”, reports MailOnline.

Express.co.uk has contacted a representative for Lewis for comment.

It comes after Lewis was defended by A Place In The Sun star Danni Menzies in the wake of his defeat at the Abu Dhabi Grand Prix last year.

In an exclusive interview with Express.co.uk, the Channel 4 host weighed in on the controversy surrounding Lewis Hamilton having his title snatched from him by Max Verstappen at the Abu Dhabi Grand Prix in December.

As the conversation turned to Red Bull’s win last year, Danni ruled: “It was a bit controversial, I think maybe Lewis was robbed.”

However, the defeat hasn’t deterred Danni in her love for the sport as she added: “It’s all about the drama”.

Danni continued: “But that’s the fun of Formula One, things happen, and you have just got to go with it.

“It’s all about the drama.

“As long as it’s on the telly and not in my life it’s good,” she added.