Lesley-Anne Down-ing Street! The Upstairs Downstairs actress who’s got Maggie off to a tea – but thought it was a prank when she was approached about the role in a Ronald Reagan biopic

She made her name as a society beauty in Upstairs Downstairs more than 45 years ago.

Lesley-Anne Down then starred in US soap Dallas as a glamorous publicist.

So she never dreamed she would play such a formidable figure as Margaret Thatcher.

In fact, when approached about the role as the Iron Lady, the 66-year-old actress suspected it was a prank. 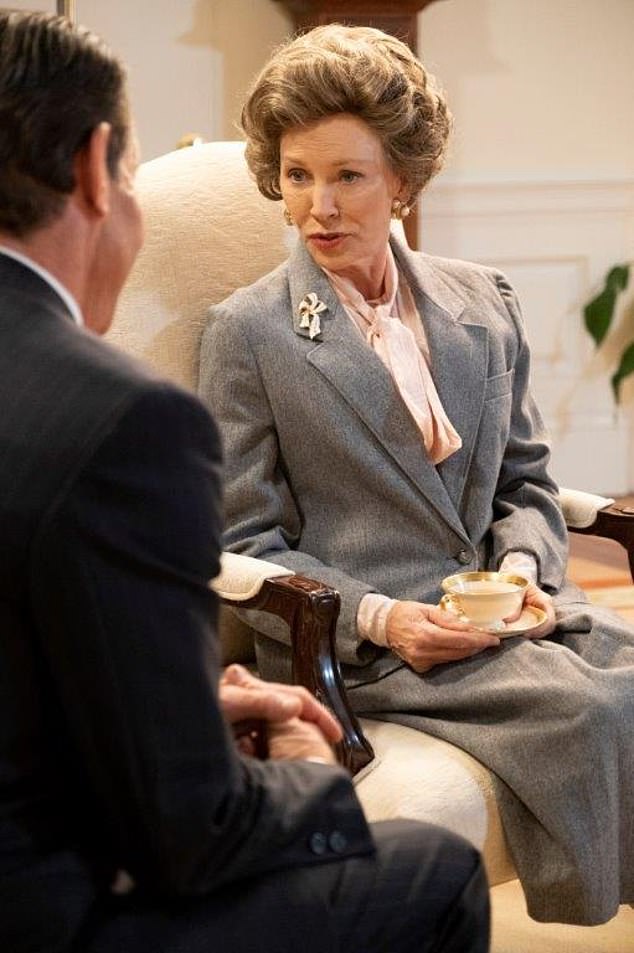 Lesley-Anne Down never dreamed she would play such a formidable figure as Margaret Thatcher. In fact, when approached about the role, the 66-year-old actress suspected it was a prank. Above, the actress as Mrs Thatcher in the upcoming biopic about Ronald Reagan 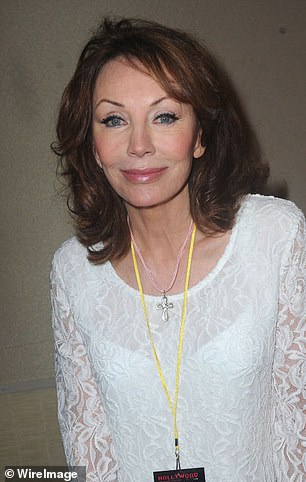 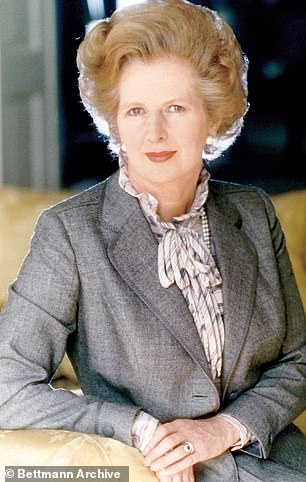 Believing she stood no chance, Miss Down (left) confesses she put minimal effort into getting the role. Former US president Reagan was one of the greatest admirers of Mrs Thatcher (seen right in 1983)

She thought it was ridiculous as she felt she bore no resemblance to Britain’s first woman prime minister.

Believing she stood no chance, Miss Down confesses she put minimal effort into getting the role in Reagan, an upcoming biopic of the US president who was one of Mrs Thatcher’s greatest admirers.

For her homemade audition in her kitchen, she wore pyjamas and created a ‘Spitting Image-style’ Maggie with a blonde wig.

Miss Down reveals: ‘My husband [US director Don FauntLeRoy] got an email saying, “We’d like Lesley-Anne to read a scene as Margaret Thatcher…” and I said, “Oh for God’s sake, this is not April Fool’s Day! Stop it!”‘

‘He explained, “No, it’s a proper movie about Ronald Reagan”. And, because it was so ridiculous, he said, “You’ve gotta do it!”‘

Of her audition via video, she says: ‘I was in my pyjamas in my kitchen. I stuck on a sexy blonde wig I’d worn in a soap opera, rolled up the sides in two big rollers and created an almost Spitting Image-type Thatcher.

‘I totally forgot about it, and then a fortnight later got another email asking me to accept the part. I was floored.

‘When I told friends what I was about to do, their mouths dropped, they just looked at me and then all burst out laughing.’

London-born Miss Down, who has acted since the age of ten, shot to stardom as Georgina Worsley in ITV’s acclaimed drama Upstairs Downstairs from 1973 to 1975.

She appeared in several films, including The Pink Panther Strikes Again and Hanover Street, and was in miniseries North And South before playing Stephanie Rogers in Dallas in 1990.

But the actress, who has been married three times, admits her latest role ‘won’t be the quintessential portrayal’ of the former Tory PM, adding: ‘I don’t think I looked like Thatcher at all.’

Her cast mates and crew told her she had ‘pulled it off’, she says, but she has not yet seen it herself.

The film, due out in 2021, follows Reagan from his youth in Illinois to Hollywood and the presidency, with David Henrie and Dennis Quaid as the young and old Reagan. 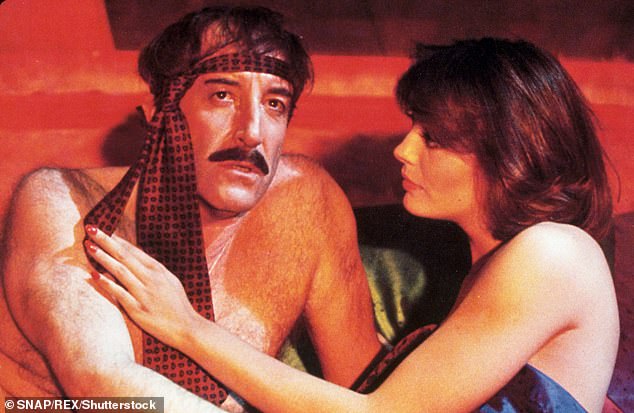 Miss Down appeared in several films, including The Pink Panther Strikes Again (above, with Peter Sellers) and Hanover Street, and was in miniseries North And South before playing Stephanie Rogers in Dallas in 1990