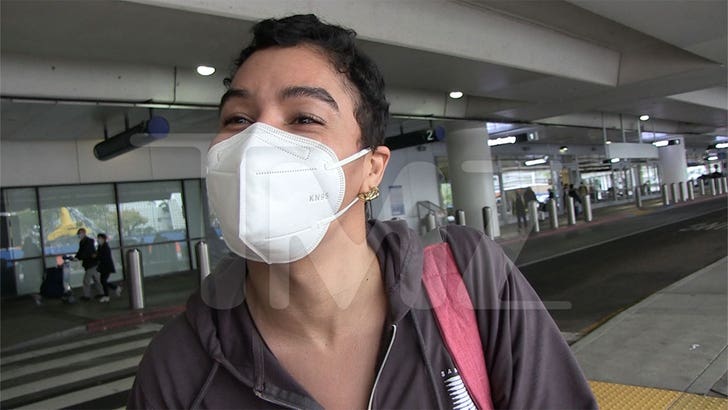 Leiomy Maldonado is very happy to see a trans woman rocking the house on “Jeopardy!” … saying the visibility it offers the community is priceless.

We got the famous dancer/model Monday at LAX and asked about Amy Schneider‘s hot streak right now on the quiz show — she’s currently the third-winningest contestant ever with 33 consecutive victories and she’s the most accomplished female player ever.

Leiomy, who’s transgender herself, says she fully supports Amy gunning for the crown … especially on a show like “Jeopardy!” which has somewhat of an older fanbase.

Check it out … she says Amy’s presence there, in and of itself, is opening doors and probably opening minds too. If anything, Amy’s hot streak is likely winning over folks on just merit alone — trivia fanatics can’t deny a sharp mind when they see one, and Amy’s smarts speak for themselves.

When we point out trans people are popping up on more mainstream platforms lately, LM points out this group has been around for a long time — but agrees that getting a spotlight in 2022 shows just how far society has come in addressing the topic.

Of course, not everyone has welcomed Amy with open arms. She’s made it clear during her historic run that she’s gotten tons of messages from people telling her she’s really a man.

During NYE — right when she was in the thick of her streak — Amy tweeted … “I’d like to thank all the people who have taken the time, during this busy holiday season, to reach out and explain to me that, actually, I’m a man. Every single one of you is the first person ever to make that very clever point, which had never once before crossed my mind 🙏.”

While we’ve come a long way on trans acceptance, we clearly have work to do. But at least Amy’s got folks like Leiomy in her corner as she continues to break barriers.