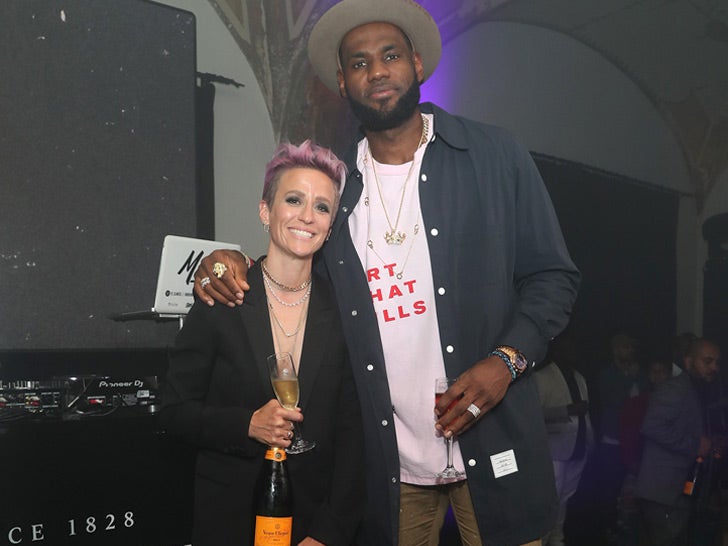 Here’s a picture that could raise President Trump‘s blood pressure — two of his biggest critics partying TOGETHER in Los Angeles!

Fresh off her World Cup celebration tour, Megan Rapinoe hit up the UNINTERRUPTED party at The Hollywood Athletic Club … where she grabbed a bottle of champagne and kicked it with LeBron James!!

Of course, both Megan and LeBron have been targeted on Twitter by President Trump — back in August, Trump went after James and called him dumb. Earlier this month, he told Rapinoe to stop publicly criticizing him and focus on winning.

Well, she won … and dug in her heels about not going to The White House. Instead, she talked about wanting to meet up with like-minded people who can help unite the country.

Rapinoe attended the event with her girlfriend, Sue Bird — and they mingled with some huge stars  … including 2 Chainz, Migos, Amanda Nunes, Dwight Howard, Odell Beckham, Patrick Mahomes and more.