Larry Kudlow: This will steepen inflation

I wish to begin tonight with my sincere condolences to the family of former Prime Minister Shinzo Abe and to the people of Japan. Over my three years in government, I got to know him well. He was head-and-shoulders above all the heads of state. He was a brilliant politician, a great leader of Japan. President Trump, with whom I spoke earlier today, regarded Mr. Abe as his closest friend and ally.

I once witnessed in a U.N. bilateral meeting with Mr. Trump and Mr. Abe the single best presentation I saw in my three years as NEC Director and international sherpa. Mr. Abe calmly presented my boss with a roughly 50-page chart book showing clearly that Japan is America's top investor and manufacturer. Indeed, more Japanese cars are made in the U.S. than in Japan. In fact, more Japanese cars were made in the U.S. than several U.S. car makers.

Jaws dropped in that room while the Japanese prime minister went through his paces. Talk of trade protectionism was cast aside permanently and instead the Abe chart book opened the door to several U.S. — Japanese trade improvement deals. Mr. Abe was always kind to me, personally, especially after my brief — and thankfully minor — cardiac episode. Where every time he saw me in the White House, at meetings at the G7, G20, U.N., would always come up to me to see how I was doing. I appreciated that.

Mr. Abe was a great Japanese patriot, America's most loyal supporter and in plain English, he is what you call a "great man." Again, my condolences to his family and the Japanese nation. May God watch over him. May he rest in peace. 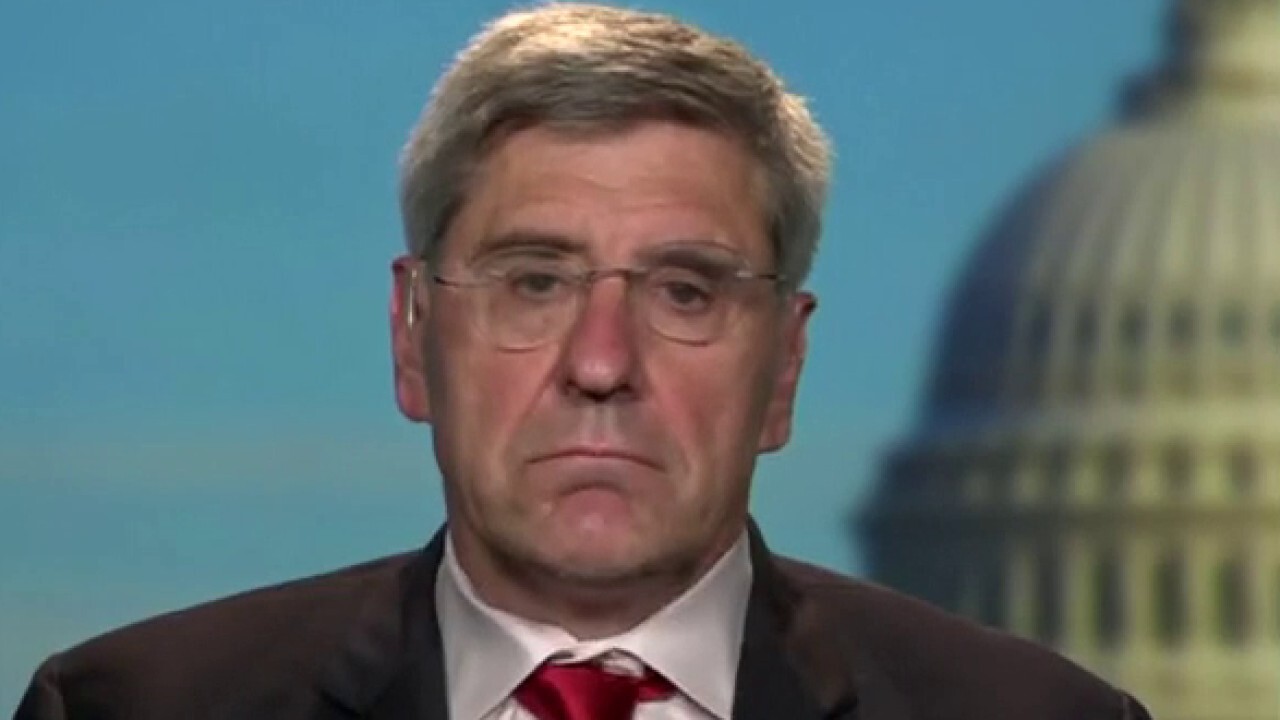 National Security Adviser Robert O'Brien will be on with us later to tell us more about the hideous assassination and the potential consequences to the free world and U.S.-Japanese relationship.

Next up on my riff list tonight: Today's jobs report virtually guarantees a 75-basis point Fed policy rate hike in three weeks and another 75-basis point rate hike in September, which would bring it to 3.25%. Still way below the base inflation rate of 6%.

The Fed right now is more determined to fight inflation rather than recession, or so says Jay Powell who has recently regained his price stability manhood and his daily growing new hair on his chest, but today's jobs report was not as strong as many think.

While revised non-farm payrolls did increase by 300k, the household survey fell by 315k and over the past three months has dropped by 116k. This survey depends more on family members and small businesses and is frequently a leading indicator at turning points in the economy.

Also, production worker wages increased 6.4% over the past year, but that's 2 percentage points below the CPI inflation rate. So, working folks are being paid more, but it buys less and disposable income after inflation is down 3.3% for the past year. So, I still think we're on the front end of a recession, caveat emptor, which brings me to my third riff this evening.

It is sheer folly given high inflation and a likely recession for the Biden Democrats to float a trillion-dollar spending spree accompanied by a trillion-dollar tax hike. The spending will steepen inflation and the tax hike will deepen recession. Moreover, this new scheme to extend the 3.8% net investment tax to pass through companies such as LLCs, wholly owned proprietorships, sub-chapter S companies, put the money into general revenues and then swear up and down to the American people that it's really going to finance the Medicare hospital fund, is a phony gimmick in my view.

That fund is supposed to be financed by payroll taxes, not general revenues. This would be a big break from the past. They're going to have to somehow create language that would earmark or designate that these taxpayer funds would in fact go to Medicare and then convince the reconciliation people to score it and that's one of many gimmicks likely to come in this insane BBS. So, save America, kill the bill.

This article is adapted from Larry Kudlow's opening commentary on the July 8, 2022, edition of "Kudlow."