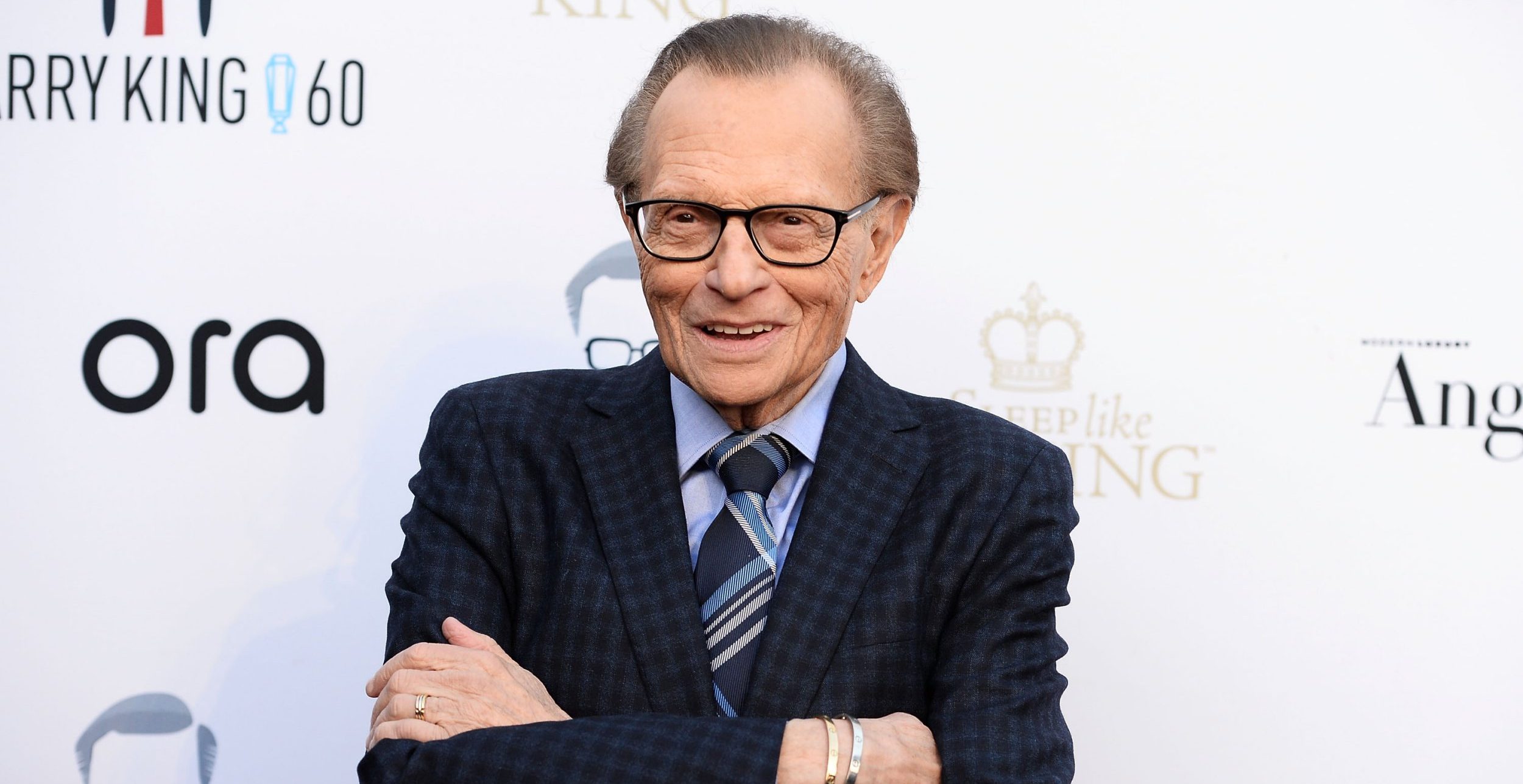 Tributes have begun pouring in for legendary presenter Larry King, who died aged 87 on Saturday morning.

Fellow broadcasters including Piers Morgan and Andy Cohen were among the first to share their condolences after the TV icon’s death.

Piers wrote: ‘RIP Larry King, 87. A television legend,’ alongside a photo of the star, later adding: ‘Larry King was a hero of mine until we fell out after I replaced him at CNN & he said my show was ‘like watching your mother-in-law go over a cliff in your new Bentley.’ (He married 8 times so a mother-in-law expert) But he was a brilliant broadcaster & masterful TV interviewer.’

Andy Cohen told his followers: ‘RIP Larry King!!!! I loved the easy breezy format of his CNN show, and his amazing voice,’ while Kay Burley added: ‘RIP broadcast legend Larry King.  He was 87.’

George Takei wrote: ‘Thanks for the countless interviews and insights, Larry King. You understood human triumph and frailty equally well, and that is no easy feat. There was no one else like you, and you shall be missed. Rest with the heavens now.’

The star’s reps confirmed he died in Cedars-Sinai hospital in Los Angeles, telling fans: ‘With profound sadness, Ora Media announces the death of our co-founder, host and friend Larry King, who passed away this morning at age 87 at Cedars-Sinai Medical Center in Los Angeles.

‘Ora Media sends our condolences to his surviving children, Larry, Jr, Chance, Cannon and the entire King family. Funeral arrangements and a memorial service will be announced later in coordination with the King family, who ask for their privacy at this time.’

Larry’s cause of death is yet to be confirmed.