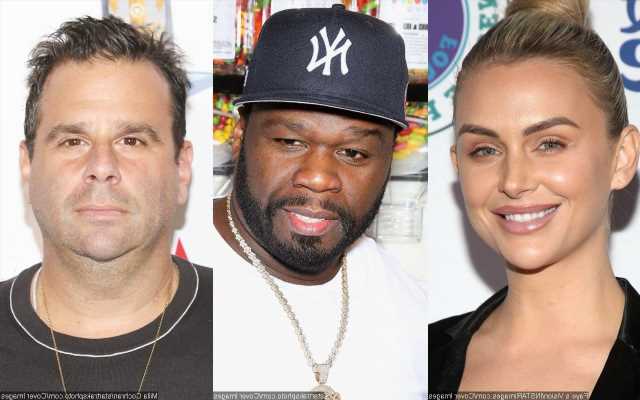 The ‘Vanderpump Rules’ star and the ‘In Da Club’ rapper are seen cozying up to each other as the hip-hop star takes to his Instagram account to share a slew of pictures of them during a friendly outing.

AceShowbiz –Lala Kent and 50 Cent used to have a beef, but not anymore. The “Vanderpump Rules” star and the “In Da Club” rapper seemingly are bonding over their similar sentiment towards Randall Emmett as the hip-hop star takes to his Instagram account to share pictures of them hanging out.

On Wednesday, August 3, Fiddy shared the images, which were originally obtained by TMZ. The two looked friendly with each other with one picture featuring the rapper hugging the Bravo celebrity and giving her a kiss on the top her head.

According to the news outlet, the pictures were taken on the set of Fofty’s new movie “Skill House“. It was also said that it wasn’t the first time for the reality TV star to pay a visit to Fofty’s work place.

In his true fashion, the “Get Rich or Die Trying” rapper taunted Randall in the caption of his post. “Randell [sic] you better stop texting people talking s**t because I get nervous, and you know how I get when I get nervous,” so he wrote.

50 Cent and Randall started feuding back in April 2019 when the former claimed that the movie producer owed him $1 million. At one point, Lala got involved as the rapper commented on their relationship. Fiddy and Randall eventually squashed their beef after Fiddy got his money back.

“I got my money, so I have no problem with @randallemmettfilm,” he wrote on Twitter at the time. “In fact I’m wishing him and his family a very blessed day. Positive vibes now guys.”

As for Lala, she called off her and Randall’s engagement in October 2021 after he allegedly cheated on her. The “Give Them Lala Beauty” founder claimed in a lengthy Instagram comment that her ex-fiance hooked up with a 23-year-old girl in the month she gave birth to their daughter Ocean.

Lala additionally said that Randall made it difficult for her to leave his Bel Air mansion following his cheating during October 2021 trip to Nashville. “After the pictures [of him with other women] surfaced, I tried to leave the home to gain clarity and avoid a toxic environment for my daughter,” she said, adding that her ex would “call the police” if she didn’t return home with their daughter.