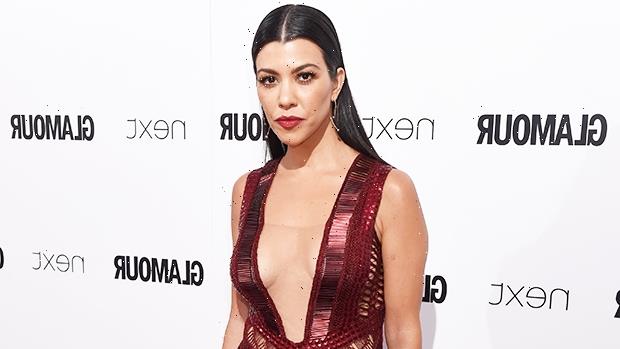 The ‘Keeping Up With The Kardashians’ star shared a series of photos with bright, red colors, along with the sexy new picture.

Kourtney Kardashian seems prepared for a red hot Halloween! The 42-year-old reality star shared a handful of photos to her Instagram on Thursday October 28. Kourtney lead the pictures with the selfie in the sexy, strapless outfit, as she looked off camera, but seemed completely enamored. Most of the pictures had at least a little bit of red in them, and Kourtney simply captioned the photo set with a rose emoji.

Other than the selfie, Kourtney shared a photo of what looked like her kids Penelope, 9, and Reign Disick, 6, starring at a beautiful sunset, while Reign wore a red hoodie. She showed off a few more red sweaters (including one with Mickey Mouse) later on in the set. There was also a picture of a jaw-dropping arrangement of roses in a heart with a “T and K” symbol in the center, referencing her and her new fiancé Travis Barker’s first names (very similar to when they got engaged). In a later picture, she showed off her engagement ring over a rose. She also included a photo of a red restaurant wall, followed by a picture of her meal, which was french fries and pasta with red sauce. Another food photo later in the set was a bunch of red peppers. She also gave a sneak peak of one of her possible Halloween costumes which was a devil with—you guessed it—red horns! The last photo was a picture in a book of Frank Sinatra, opened over a bunch of rose petals. 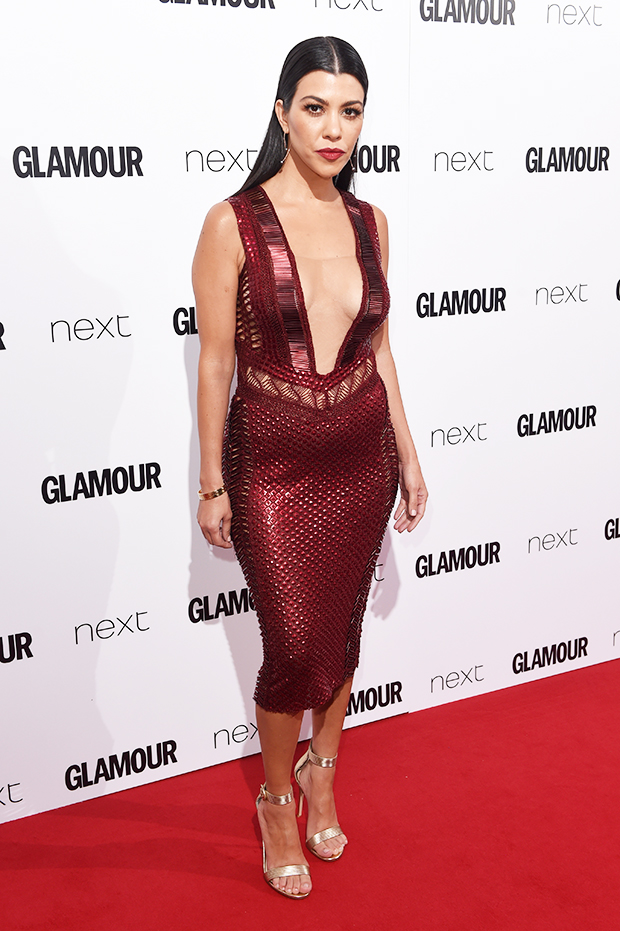 While Kourtney looked amazing in the red dress, it’s no surprise that she’s been loving roses lately, since they’ve played such a huge part in her engagement to Travis! When the blink-182 drummer popped the question on a Montecito, California beach, the couple were surrounded by roses. Kourtney also posed on a bed of rose petals and showed off her new engagement ring, shortly after Travis asked her to marry him. Since getting engaged, Kourtney and Travis’ relationship couldn’t seem better, as the pair enjoyed a haunted hayride before Halloween, and Travis got new tattoos, including one of Kourtney’s lips.