Although much speculation has surrounded KJ Apa and Clara Berry’s marital status, the ‘Riverdale’ star still seems to be keeping things pretty vague around the subject!

Have KJ Apa and his girl, Clara Berry, officially tied the knot? That’s been the rumor floating around, considering how the Riverdale star has often called Clara his “wife.” So what gives?

“It’s on my radar,” KJ told E! News about getting hitched during a recent interview. The interviewer then pressed KJ about a certain Instagram post where he called Clara his “wife.” Was it just a sweet term of endearment for his lady love? “Um, yea I mean…maybe I am married. That’s no one’s business but mine!” he joked to the outlet, certainly trying to keep things vague but teasing us none the less!

For the most part, KJ and Clara are fairly private about their relationship, so it’s unclear whether they actually did secretly get married, or if ‘wife’ is just a pet name KJ uses for his girlfriend, considering how close they are and have become since giving birth to a son last fall. 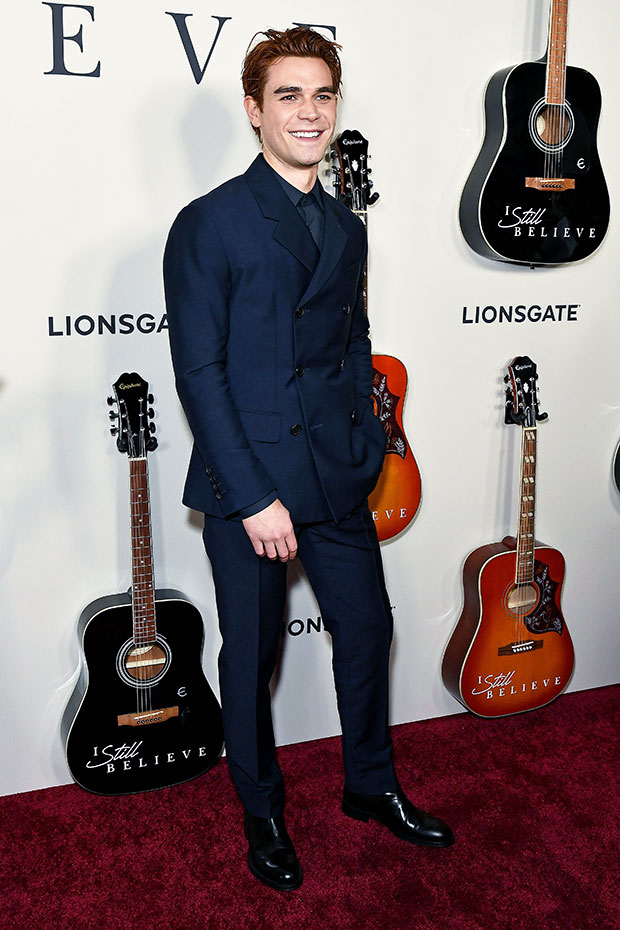 The pair welcomed an adorable baby boy named Sasha Vai Keneti Apa last year on Sept. 23. Clara confirmed the happy news in a sweet Instagram post, revealing his birthday and celebrating the new life brought into their little family. “He is a perfect perfection. I am the luckiest to have now two men of my life, filling my heart with this cosmic gigantic vast love,” Clara captioned a September 26 snap of her baby boy’s hands. How sweet!

In addition to the baby announcement, the pair turned heads with that Instagram post shared on Oct. 24 where KJ posted a photo of himself pouring Clara’s breast milk into his cup of coffee. At the end, he takes a big sip on-camera. “My wife is a milk machine and I love it,” he captioned the video. The choice of words to describe his special lady is definitely what has set fans off to wonder about their official relationship status!