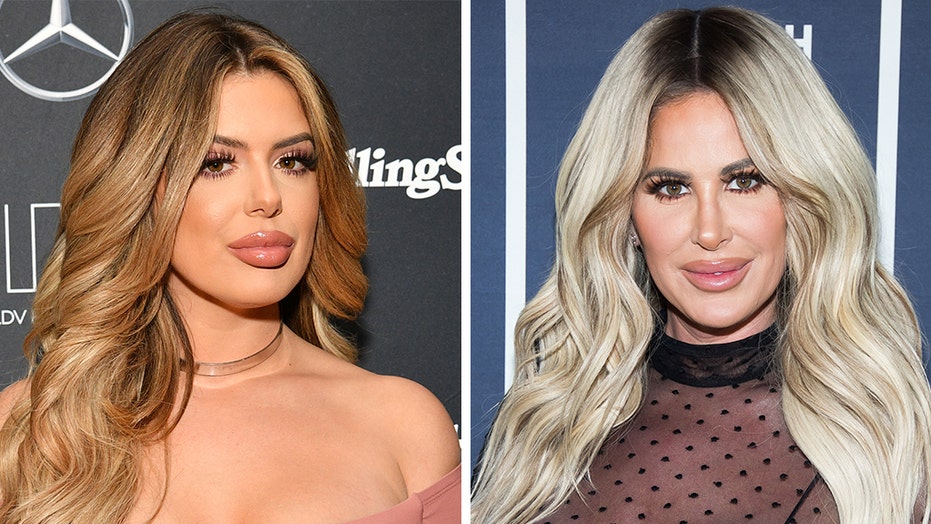 Kim Zolciak-Biermann says "police are now involved" after the reality star's daughter, Brielle, claimed a Delta employee kicked their family off of a recent flight from Los Angeles to Atlanta.

In a since-deleted tweet — captured in a screenshot by People magazine — the eldest child of Zolciak-Biermann, 41 — turned to social media on Saturday to detail the alleged incident, claiming that the issue started when the family was waiting for her dad, Kroy, to get through security with the Biermann family's service dog.

“[He] just kicked my WHOLE FAMILY OFF the flight to ATL bc we were waiting on my dad with our service dog to finish going thru security," the 22-year-old alleged before going on to say that two of her younger siblings were in tears over the whole thing.

"& kJ & kash started crying bc they thought we left him and Kaia was literally S—-ING AND HE KICKED US OFF!!!!! WTF,” she claimed.

The "Don't Be Tardy" star re-tweeted her daughter's account on Saturday, writing: "Unacceptable @Delta but police are now involved."

Delta denied Brielle's allegations in a statement to Fox News on Monday, saying that the family members chose to deplane themselves.

"Mrs. Zolciak-Biermann and family elected to deplane their flight after her husband remained behind to provide proper paperwork for an emotional-support animal," a spokesperson for the airline said.

According to Delta, Zolciak-Biermann and all of the children boarded the flight while the former Atlanta Falcons player "stayed behind to clarify paperwork" for the family's dog. Delta claims that Kroy "arrived at the gate after the aircraft door was shut."

The airline also said it tried to work with the Biermanns to rebook them on another flight to Atlanta, "but they ultimately made their own travel arrangements."

A rep for Zolciak-Biermann did not immediately respond to Fox News' request for comment.