Strictly Come Dancing 2020 introduced its first same-sex pairing to viewers last weekend; boxer Nicola Adams, 37, and professional dancer Katya Jones, 31. This series, changes such as social distancing measures have been put into place due to the ongoing coronavirus pandemic, but this didn’t stop fans from tuning in, as the latest viewing figures show.

People kept telling me it will LOSE viewers as a result and that just didn’t happen.”

and told fans he had heard introducing a same-sex pairing to the series could put people off from watching.

In view of his 248,000 followers, he began: “For everyone who writes ⁦@bbcstrictly off or who keeps telling me people will stop watching if there’s a same sex couple. 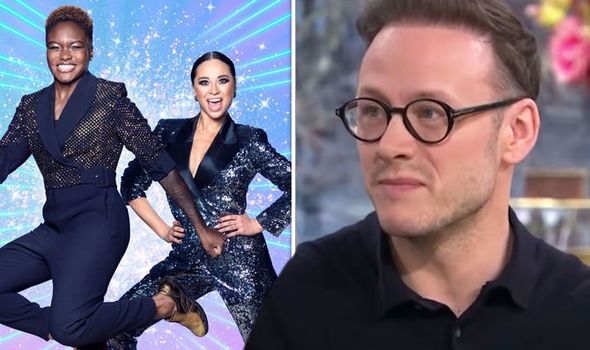 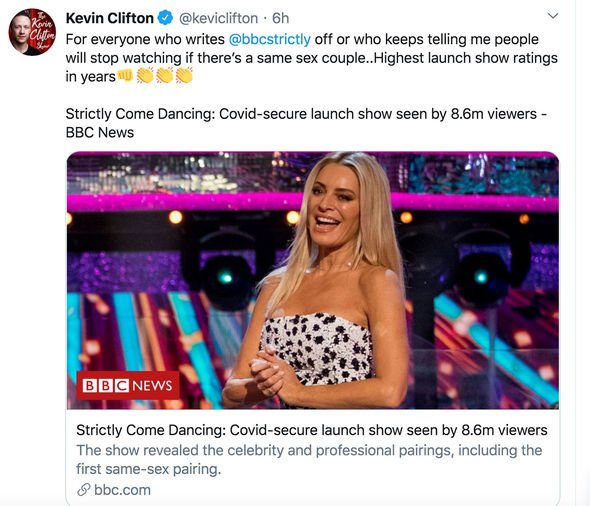 One person queried Kevin and asked if he believed introducing a same-sex pairing was behind the high viewing figures.

Kevin replied: “No I’m saying people kept telling me it will LOSE viewers as a result and that just didn’t happen.”

Another wrote: “Never watched it, never will. Doesn’t entertain me in the slightest. 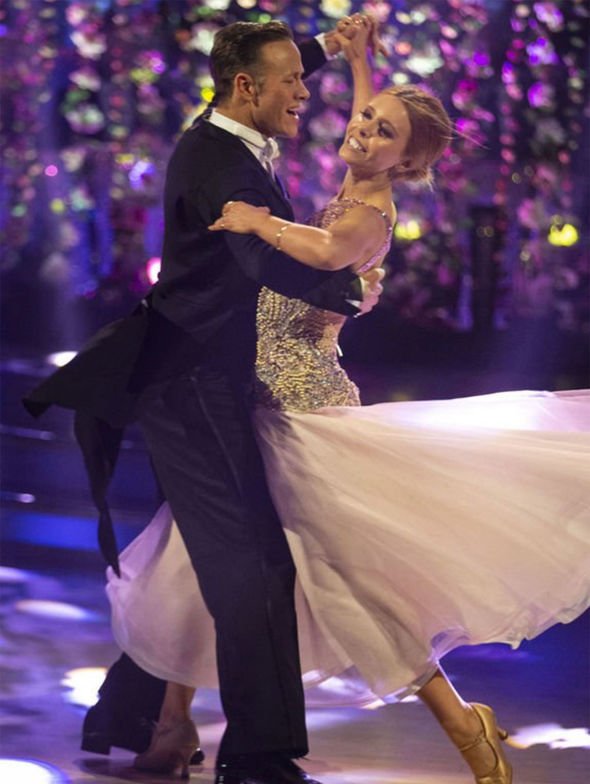 Hitting back, the ex Strictly star commented: “Well that doesn’t make sense does it Bradley?

“If you’ve never watched it you’ve no idea if it would entertain u or not and u wouldn’t be able to judge its worthiness of primetime.

A third commented: “Why’s Nicola Adams paired with another woman? Someone please explain?”

He simply replied: “Why not?”

Nicola and Katya are the show’s first same-sex pairing in 16 years.

The boxing champion previously said of the new move: “It was important to me because of diversity.

“I just wanted to do something different and I didn’t get the big deal being paired with another female.

She added to Daily Star online: “I think it’s really good to be able to show diversity for the younger generation.”

Kevin left the show after seven years back in March.

He won the main show with Stacey Dooley, who is now his girlfriend, in 2018.