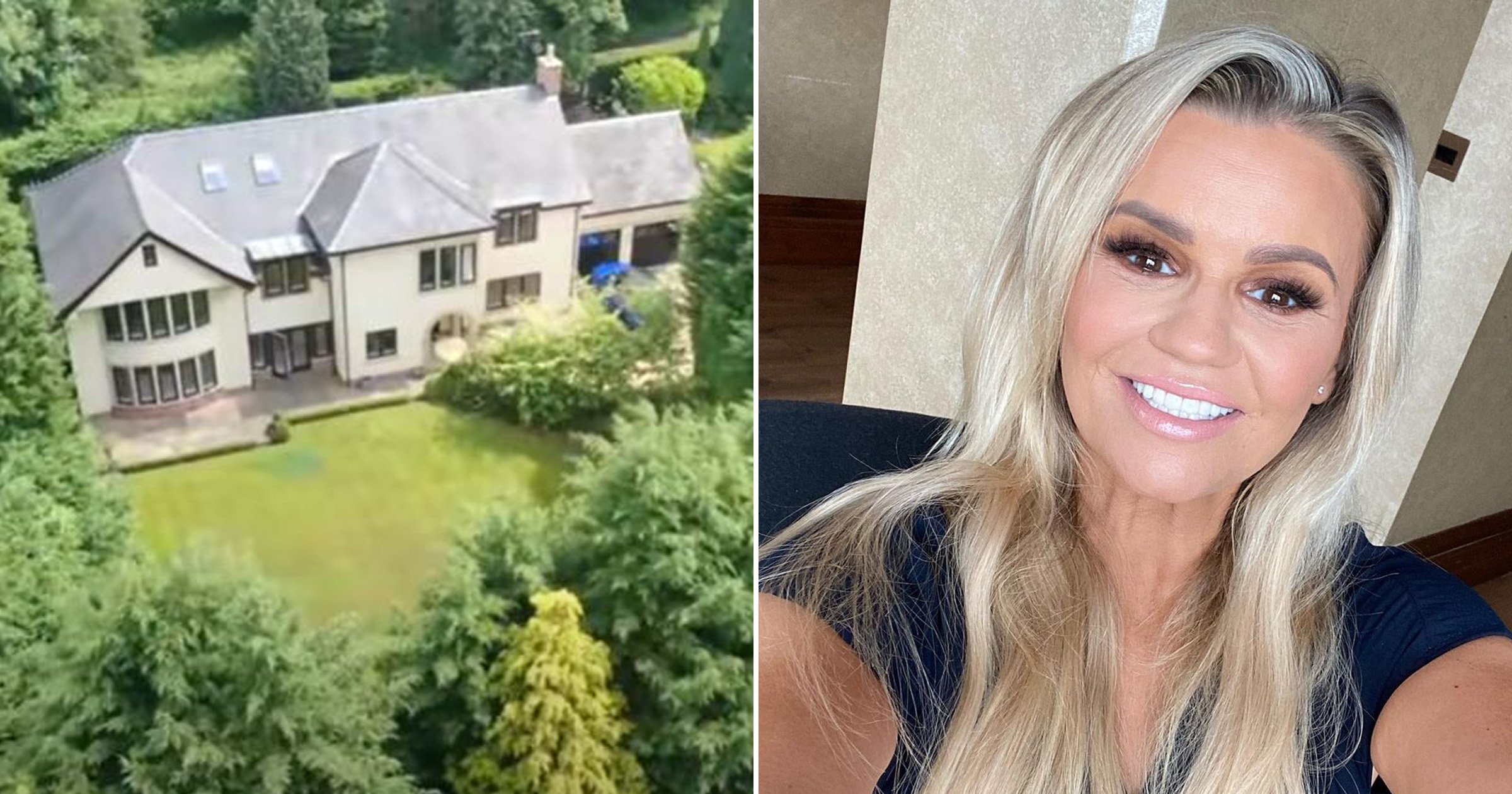 Kerry Katona recently shared the emotional moment she picked up the keys to her new home and she’s revealed she and fiancé Ryan Mahoney are planning to buy it outright in January,

The former Atomic Kitten star, 40, picked up the keys to the mansion, thought to be worth £2million, in June after initially pulling out of the purchase of the same home before it became available to rent.

She told Metro.co.uk: ‘Moving house is so b***dy stressful, but it’s all coming together, and then we want to buy it in January so this is like a try before you buy kind of thing.

‘Moving up North’s a big, big, big deal for us as I’ve been down South for 13 years. This is the house that we originally wanted, and the vendor accepted our offer but I pulled out as he was asking too much.

‘Then we found another house and they accepted our offer on that, and we had it for over a month and were dealing with our lawyers, and at the very last minute it fell through.

‘This house that we originally wanted then went up for rent and I thought, is that not just ideal? Should we not just rent it for like six to 12 months, see if we like it rather than do this massive purchase and hopefully buy it in January? So that’s the plan.

‘Obviously, we’re putting our mark on the home but until I fully own it, I won’t be doing any decorating or anything like that.’

Kerry’s big move is even more important to her after she previously faced bankruptcy in 2008 and 2013, but has worked hard to get back to where she was before.

She explained: ‘Well, there’s no other way to go really, once you hit rock bottom the only way to go is up. I made a decision in my life on the person I wanted to be and where I wanted to go.

‘I’m a massive believer in the law of attraction and The Secret and visualisation and when I met Ryan, I definitely believe I manifested him into my life.

‘The only way to go is up, but I never thought I’d get here as quickly as I have. It’s taken me a good 12 years to get to where I am now and now it just seems to be happening all of a sudden, which is amazing and I’m so grateful.

Kerry was also pleasantly surprised to see how much support she received from fans after revealing she had been accepted for a mortgage.

She revealed: ‘I get a good rapport on my social media – you get the odd one or two that are p***ks, but if anything, I feel sorry for those people.

‘My mum left me, Brian [McFadden, first husband] left me, I didn’t have a biological dad, I had all these massive issues. Whereas now I’m so content with who I am as a person. their opinions of me not my business really.

‘What is amazing is when I put up a post about getting given a mortgage, the amount of support and positivity I received was such a nice change.

‘There’s so much hatred out there, to see that kind of support was really in fact, quite tearjerking and overwhelming to think “God, there are nice people there who do want you to do well.”’