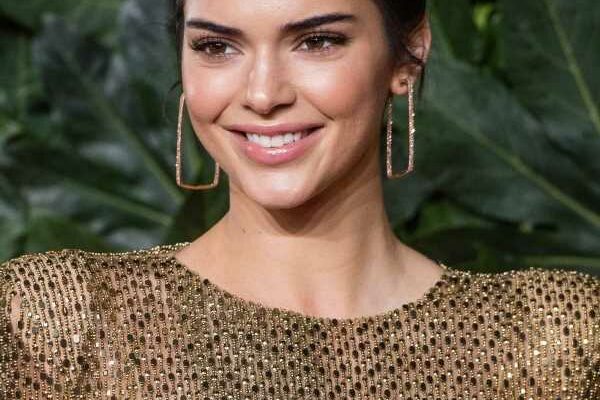 For years, Kendall Jenner has opened up about her experience with anxiety. She’s gotten real about her mental health on episodes of Keeping Up With The Kardashians, as well as in countless interviews, explaining life in the spotlight sometimes gives her "full-on panic attacks." In a May 6 video for Vogue‘s new digital series Open-Minded: Unpacking Anxiety, the model got more honest than ever about the toll her mental illness has on her everyday life. Kendall Jenner’s response to haters who say she’s too privileged to have anxiety shows no one is immune to experiencing it.

Jenner recalled her anxiety started when she was just a kid. "I remember being really young – I’d say 8, 9, 10 – and having shortness of breath and going to my mom and telling her that," Jenner said in her Vogue interview with Dr. Ramani Durvasula.

At the time, the star admitted she didn’t know she had anxiety, but that changed when she began to feel more overwhelming emotions the more famous she got. "I think being overworked and being in the situation that I’m in now is kind of what set it out of control in a way," Jenner continued. "I’ve had times where I feel like I need to be rushed to the hospital because I think my heart’s failing and I can’t breathe and I need someone to help me. Sometimes I think I’m dying."

During her interview, Jenner also clapped back at accusations she’s making the whole thing up. "There is going to be those people that say, ‘Oh, okay, what does she have to worry about? What does she have to be anxious about?’ and I’ll never sit here and say that I’m not fortunate. I know I live a very privileged, amazing lifestyle. I’m a very blessed girl," she said.

While she has a lot of wealth and success, Jenner said anyone can experience anxiety. "I still have one of these and that thing up there sometimes doesn’t always, I don’t know, it’s not always happy and it’s not always connecting," Jenner said while pointing to her head. "I’m still a human being at the end of the day. No matter what someone has or doesn’t have, it doesn’t mean that they don’t have real life feelings and emotions."

Since she’s spent the past year at home due to the pandemic, Jenner revealed she’s been feeling overwhelmed about finally stepping out into the world again. "We’ve all been super isolated to the point where I’m almost so used to that that now that things are slowly opening up, if I go to a dinner or if I see a few more of my friends than I’m used to seeing throughout this last year, that gives me anxiety," she said.

You can also catch Jenner on Season 20 of KUWTK, which airs every Thursday at 8 p.m. on E!