The “Since U Been Gone” hitmaker features on the front of America’s Star magazine amid claims the two artists are at war. 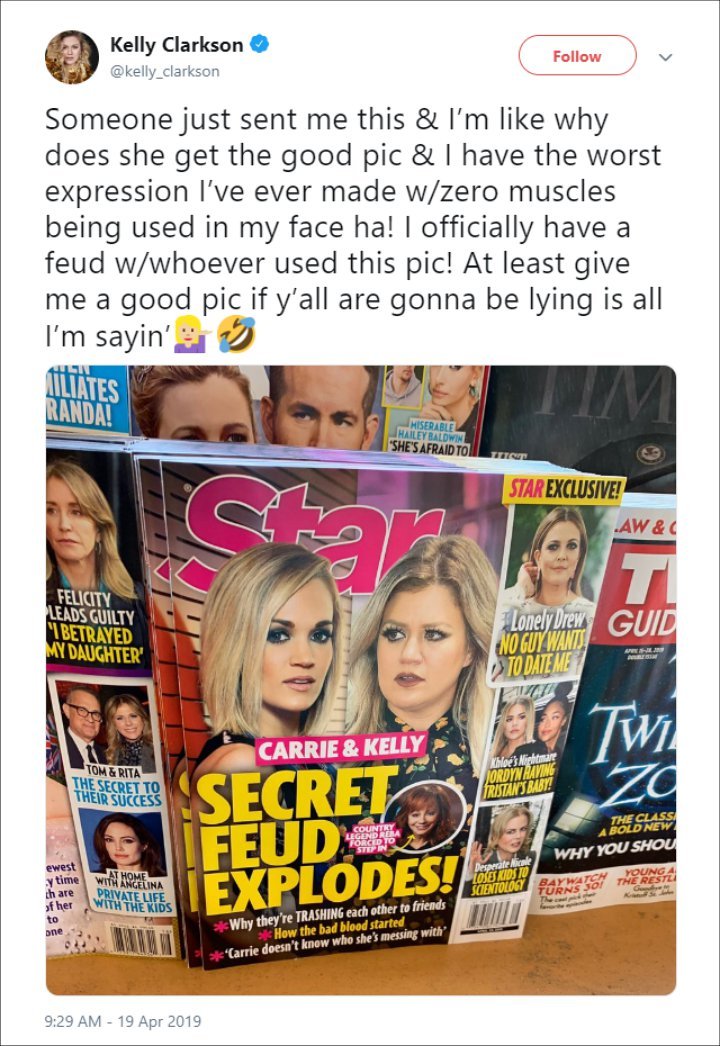 “I officially have a feud w/whoever used this pic!” she added. “At least give me a good pic if y’all are gonna be lying is all I’m sayin’ (sic).”

Carrie was quick to weigh in on the funny tweet, poking fun at another claim plastered across the Star cover, stating, “Country legend Reba forced to step in”.

Uploading a gif of Reba McEntire cheering with a double thumbs up, she replied, “At least @reba is here to save the day!!!” 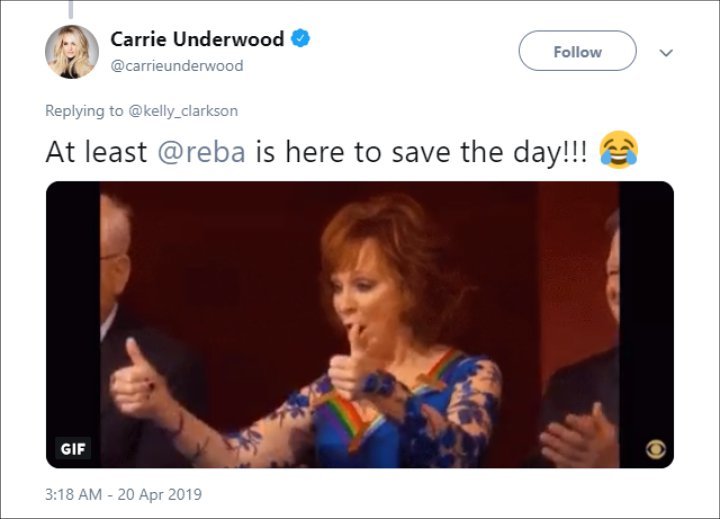 Kelly continued to have a little fun with the unfounded feud gossip with fans, as one joked that there are actually no bad pictures of Carrie to be found.

“Hahaha touche,” Kelly responded. “well, I have PLENTY of rough ones ha! But I guess it builds character and keeps me humble this is what I tell myself (sic).” 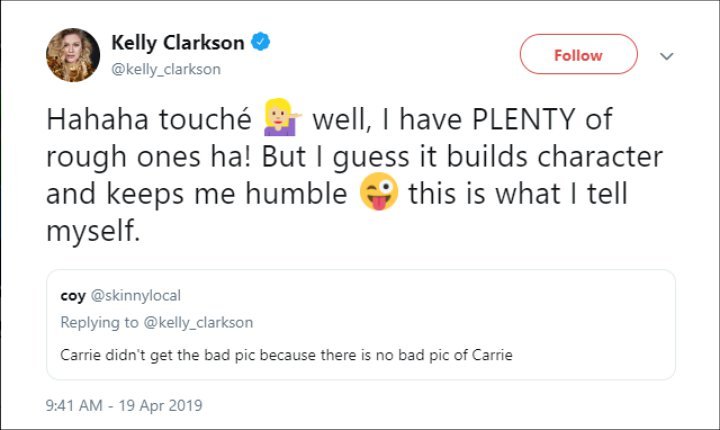 Both stars found fame after competing on “American Idol” – Kelly won the first season of the U.S. reality show in 2002, while Carrie shot to stardom as the champion of season four in 2005.