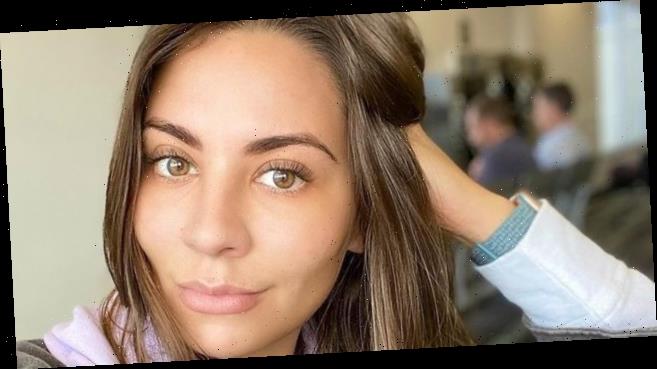 Kelley Flanagan is single and ready to mingle. The Bachelor alum, who broke up with Peter Weber in December, said on Saturday, January 23, that she’d be open to being the next Bachelorette.

The attorney, 38, who split from the former Bachelor lead, 29, after less than a year together, opened up to fans on Instagram in a True or False game.

When one asked if she would be the next Bachelorette if she was asked, Flanagan replied, “I would definitely consider it.”

Then she was quizzed about whether she is “content” with her life.

Former ‘Bachelor’ and ‘Bachelorette’ Leads: Where Are They Now?

She added that before she appeared on season 24 of The Bachelor last January, “Some of my family members were not the most supportive of me doing the show at first. I essentially told all of them that I will make my own decision [because] I would regret it if I listened to anyone besides myself!”

Flanagan, who’d met the pilot before filming on the ABC hit started, placed fifth on the show. Weber went on to propose to Hannah Ann Sluss before having second thoughts because he still had feelings for runner-up Madison Prewett. After he and Prewett quickly fizzled out, the Virginia native ended up quarantining with Flanagan in Chicago amid the coronavirus pandemic. Us Weekly confirmed in April that they were dating.

Weber announced their split via Instagram on December 31. “Love is a funny thing. It can make you feel on top of the world and it can make you feel a pain you wish didn’t exist. I’m here to share that Kelley and I have decided to go our separate ways,” he wrote. “While our relationship was filled with countless beautiful memories, our relationship simply didn’t work out in the end. Kelley is someone I will always have a special love for. Someone I have learned more from than she will ever understand. Someone I am so thankful came into my life and someone who I will always wish all of life’s greatest blessings on. These moments in life always hurt, but in my opinion that shows you it was worth the time you spent together. Thank you Kelley.”

The Illinois native broke her silence over their breakup on January 3, writing in an Instagram post that “Peter and I had some unbelievable times together and they will definitely be missed. Unfortunately him and I are in two different stages of our lives and saw our future paths differently.”

The pair had been planning to move to NYC before their split, and Weber subsequently settled there earlier this month and is sharing an apartment with Bachelorette pal Dustin Kendrick.

Flanagan said on her Instagram Stories on Saturday that she is still planning to move to the Big Apple.

“The reason why is I’ve been in Chicago for so many years and I’m ready for a change and also I think the people in New York and what they represent would fit me really well,” she said. “I want to surround myself with go-getters and very motivated people.”