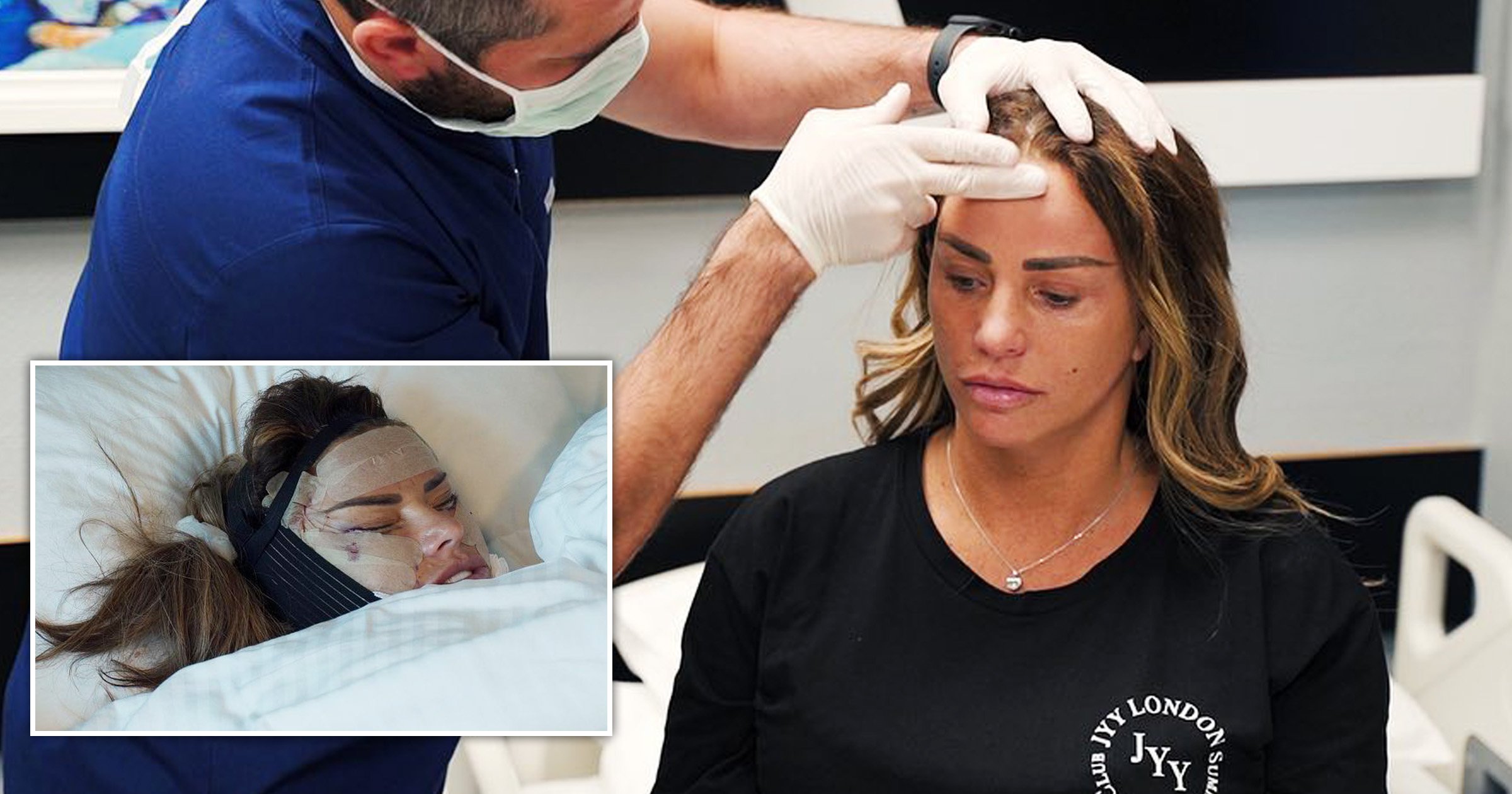 Katie Price has given fans a glimpse of her upcoming YouTube video, which will show her most recent surgical procedures and the aftermath.

The 43-year-old recently flew to Turkey, where she underwent a face lift as well as full body liposuction, a Brazilian bum lift, eye and lip lifts and liposuction under her chin.

She has since shared a series of shocking screengrabs from the clip, which will be uploaded on Sunday, showing her in hospital while in the operating theatre.

The first image showed a surgeon checking over her forehead, while a group of doctors surrounded her in hospital during the operation in the next photo.

Katie was then pictured under anaesthetic, before the final photo showed bandages over her head, which appeared to be swollen.

‘Make sure to tune into my part 1 surgery video to see all the details! Including me in [the] operating theatre.’

It comes after Katie recently claimed that she only ever had to pay for two of her breast surgeries.

The reality star hit out at a magazine which suggested she must have spent a fortune on all of the procedures she has had over the years, quipping: ‘I have only ever paid for two boob jobs.’

Which is rather impressive, considering Katie has had 12 boob jobs so far.

She also unveiled the results of her latest surgery in a filler-free beauty tutorial, to promote a Luminosus cleanser – which she said she had used on her surgery scars.

In the clip, she began: ‘So guys do you guys have damaged skin in the summer? Yes or no?

‘Now as you can see I’ve not got filter on my face, you can see all the impurities of my skin. But there is a reason why I’m asking you.

‘Because of the impurities of my skin and what it’s gone through, obviously I’ve had surgery and I’ve got spots and scars that need to heal.’

Katie has never been shy about discussing her surgeries, and recently opened up about the work she has done on Good Morning Britain.

In the candid chat, she explained that the latest round of procedures stemmed from her putting on weight after she broke her feet in a freak accident.

But she also defended the surgeries, vowing: ‘I am not addicted,’ and that she ‘doesn’t want to look like a freak’.