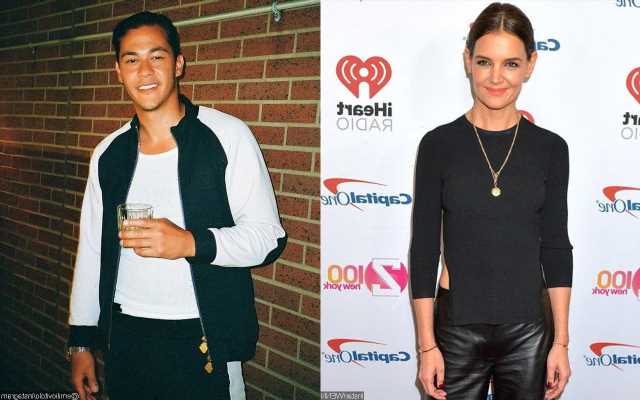 While her romance with her chef beau has ‘cooled down,’ the former ‘Dawson’s Creek’ star spends quality time with her 15-year-old daughter Suri as they’re spotted shopping together on the weekend.

AceShowbiz –Katie Holmes and Emilio Vitolo may be taking some time apart now. Just days after their romance was reported to have been “on the rocks,” the former “Dawson’s Creek” star and her chef beau were unveiled to have agreed to give each other “space.”

Offering more details of the 42-year-old’s relationship with the 33-year-old hunk was Us Weekly. “They’ve agreed to give each other space,” the outlet quoted a source as saying. “They both have a lot of commitments piling up.”

Around one week prior, a separate source told In Touch Weekly that “Emilio is head over heels in love with Katie, but she’s told him to slow down.” The source added, “She feels that their relationship is moving too fast. He really wants to make things work so is giving her some space.”

Katie and Emilio sparked romance rumors in early September 2020. At that time, they were caught on camera enjoying a cozy dinner together at Mediterranean restaurant Antique Garage in SoHo. They confirmed their relationship later in December when they were celebrating her 42nd birthday.

While their romance is “cooling off,” the couple hasn’t broken up. On the reason why, an insider spilled to Page Six, “[She] has a lot of big priorities in her life – she’s a single mom, her daughter always comes first and things were moving very fast.”

While taking a break from her love life, Katie made use of her time to spend quality time with her daughter Suri, whom she shares with ex-husband Tom Cruise. On Sunday, March 25, the mother and daughter duo were spotted shopping together in New York City.

For the outing, “The Secret: Dare to Dream” actress could be seen sporting a white blouse, black denim pencil skirt and black shoes. The 15-year-old girl, meanwhile, went casual by wearing a black jacket, jeans and sneakers while carrying some bags of purchases.