Keeping it real. Kathy Griffin admitted that her beef with Ellen DeGeneres is far from dead.

Griffin was questioned by host Rosanna Scotto about the status of her feud with DeGeneres during an appearance on Good Day New York. The comedian, however, had no issues stating they were not on good terms. 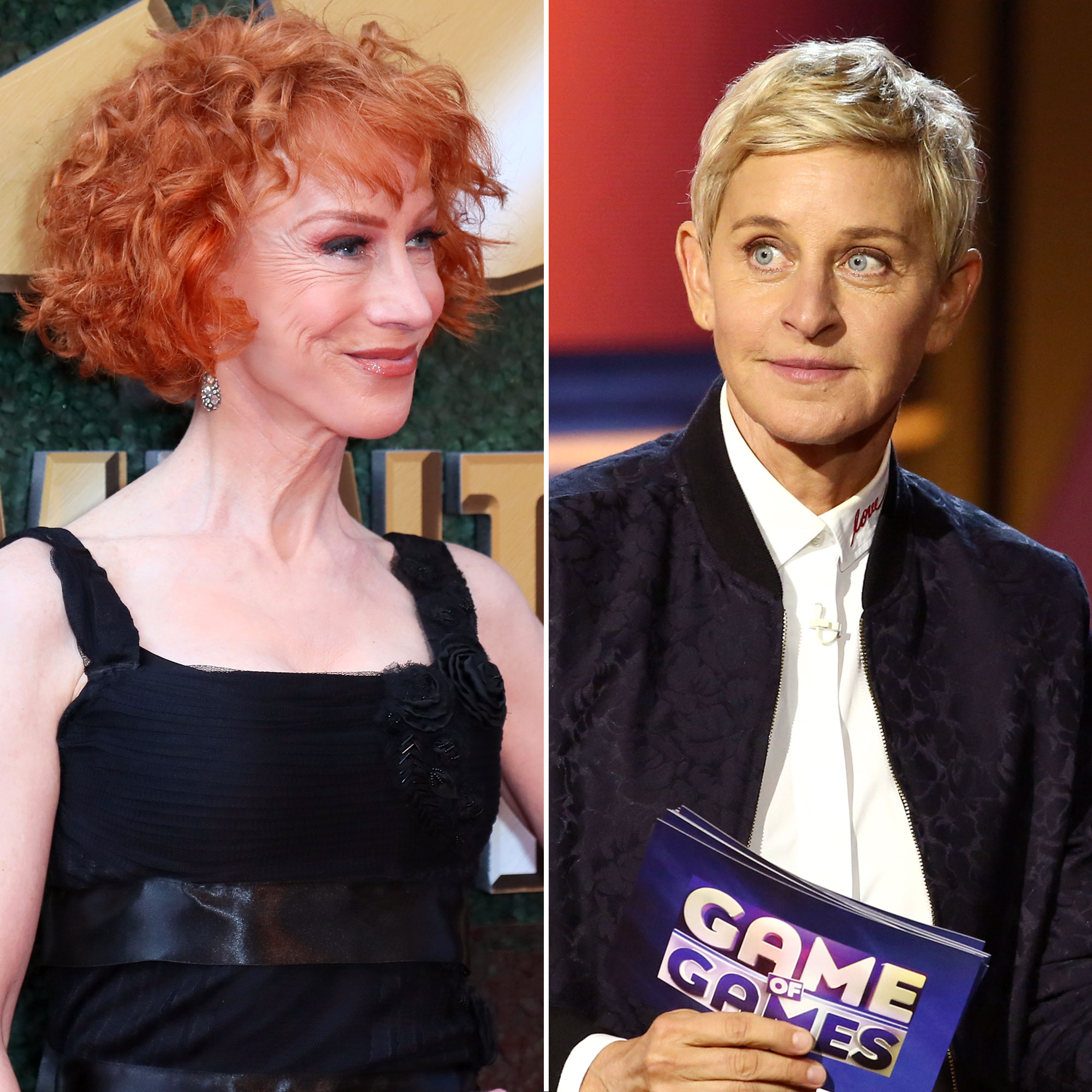 Griffin continued by praising the 61-year-old Ellen DeGeneres Show host, adding: “I’m vulgar, but I think it’s great there’s clean comedians and prop comedians and topical comedians and observational comedians. I’m just happy whenever a female, especially a female over 50, is still in the game.”

Griffin’s drama with DeGeneres allegedly stemmed from the Seriously … I’m Kidding author rejecting the opportunity to participate in a tribute to late comedian Joan Rivers. The former Bravo star spilled the “piping hot tea” during a comedy show she performed at Los Angeles’ Dolby Theater in July 2018.

“One of the things that really hurt Joan, and we talked about it at our last meal together, was that Ellen always shunned her and Ellen thought she was vulgar and not funny,” Griffin said at the time.

The CNN alum then noted that she touched base with DeGeneres when Rivers died in 2014 to discuss the tribute, adding: “I just called her and I just said, ‘Look, woman to woman, comic to comic, I think you need to let go of your hatred for Joan Rivers. She’s passed away, just do a f—king tribute, be cool.’” Griffin alleged that DeGeneres responded by noting that “there’s a difference between mean and funny.”

During Thursday’s interview, the Official Book Club Selection author was also asked whether she had “plans to make up with” Perez Hilton and TMZ’s Harvey Levin. However, she laughed and promptly replied: “No.”

“I was told by two people at TMZ that [Levin] talked to the Trumps multiple times a week and, you know, I just find that astounding,” she explained. Griffin notoriously sparked a feud with President Donald Trump after she posted a viral shot of her holding a fake version of his decapitated, bloody head in 2017.

Griffin then shared that she has zero interest in patching things over with Andy Cohen, saying: “If he has a skill set, I’d like to know what that is … It’s hard to name one.”