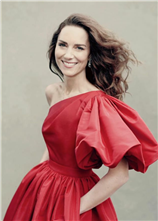 It seems like only yesterday that Kate Middleton was the fresh-faced youngster who first cropped up in tabloids as a potential love match for the world’s most eligible bachelor, Prince William.

But believe it or not, Kate hit the big 4-0 on Sunday.

She celebrated in a manner befitting a duchess — who also happens to be marking the occasion in the middle of a pandemic.

Yes, in an abundance of Covid caution, there was no blowout bash for Kate’s big day.

But the mother of three did get to pose for a series of stunning portraits taken by photographer Paolo Roversi.

“Taking the portrait of Her Royal Highness the Duchess of Cambridge was a true honor for me and a moment of pure joy,” Roversi said in a public staetment.

“I was moved by her warmth and friendly welcome and enchanted by her shining eyes that reflected the loveliness of her soul and her smile showing the generosity of her heart.”

As you can see, Kate is looking better than ever, but there’s more going on in these pics than just a beautiful smile.

The Duchess took the opportunity to pay tribute to her late mother-in-law.

In the photo below, she’s seen wearing pearl earrings that belonged to Princess Diana, and the sapphire engagement ring that also belonged to William’s mother is in full view.

As she often does, Kate wore jewelry from Queen Elizabeth’s private collection in the photos.

Some believe the gesture has special meaning this year due to the recent rumors about the Queen’s declining health.

There was speculation that Kate might follow in Meghan Markle’s footsteps by announcing a new project on her milestone birthday.

But Larcombe says Kate consciously made no such move, as these days, she’s seeking to avoid any comparisons with her American counterpart.

“It will be low key and it will be focused entirely on the family,” Larcombe told OK! magazine of the celebration.

“She’s unlikely to [announce a new project on her birthday, unlike Meghan who launched a mentorship programme to mark her 40th] because, firstly, it’s just not her way and secondly because of the obvious comparisons with Meghan and this awful continuation of one-upmanship that the palace is so keen to avoid.”

With all the recent talk of how Meghan hoped to become more famous than Kate or the Queen during her time in England, it seems that Middleton is keen to send the message that she’s reached a point in her life where she’s above such petty concerns.

As for the lack of a star-studded bash, Larcombe says that was of no concern to Kate, as she’s less interested in hobnobbing with celebrities these days.

“It’s just not Kate’s style to want to throw a lavish party for friends and family. I can’t see her going on any VIP trips to posh West End restaurants either,” Larcombe remarked.

“The Duke and Duchess are growing older gracefully,” he added, obviously inviting comparisons to another duke and duchess.

It could be that some shade was being thrown, or it might be that Kate is simply trying to distance herself from those rumors of a feud with Meghan that the British tabloid media loves so much.

A source tells People magazine that Kate is “flourishing” as these days, as she focuses on her future role as a future queen consort.

“She has really come into her own,” says one insider.

We’d like to add our voice to the chorus of millions wishing Kate a very happy birthday.

We can’t wait to see what she has in store in the decades to come.