By her side! Kate Gosselin was accompanied by her 18-year-old twin daughters, Mady and Cara, as they made a rare appearance at the 2019 Winter Television Critics Association Press Tour on Tuesday, February 12, to promote her reality show, Kate Plus Date.

Kate looked fresh-faced as she sported her signature long blonde locks and wore a form-fitting gray sweater dress with nude heels. Cara sat to the right of her mom sporting glasses, caramel highlights and a long-sleeve floral dress, while Mady wore a pink zipper dress that she paired with white ankle boots.

“This was a journey and it was really neat,” Kate, 43, explained of getting back into the dating pool, according to Deadline Opens a New Window. . She added that her reasoning for going on TV to potentially find love again is because of “the safety it provides.”

The twins star with their mom on the show, which premieres in June and will document her dates that have been set up by matchmakers.

“They were strictly blind dates, but I didn’t even know, really, their names, until minutes before,” Gosselin told reporters. “A lot of the awkwardness, uncomfortable terrified reactions came from the fact that they were hit or miss. It’s a very difficult concept, and this is a very real show in that I am really looking for someone.”

Kate’s appearance comes exactly one week after her ex-husband, Jon Gosselin, claimed she has “zero” contact with their 14-year-old son Collin after losing custody of him in December 2018. Jon, 41, and Kate split in 2009 after 10 years of marriage. Collin, who is one of the former couple’s sextuplets, had been in a facility for special needs children, but now lives with his father and sister Hannah in Pennsylvania.

As for his ex’s attempt to find love on a reality dating show, Jon told Us Weekly in December 2018, that he isn’t convinced she will. “I don’t think anyone can,” the DJ explained. “I think you need to find it [organically].” He has been dating Colleen Conrad since 2014.

Jon also dished on the reason you won’t see their younger children on the docuseries. “I didn’t sign their work permits. That’s why they can’t film,” he revealed. “They came to me and I was like, ‘No, I’m not signing that.’”

Scroll down to see more photos of Kate, Cara and Mady! 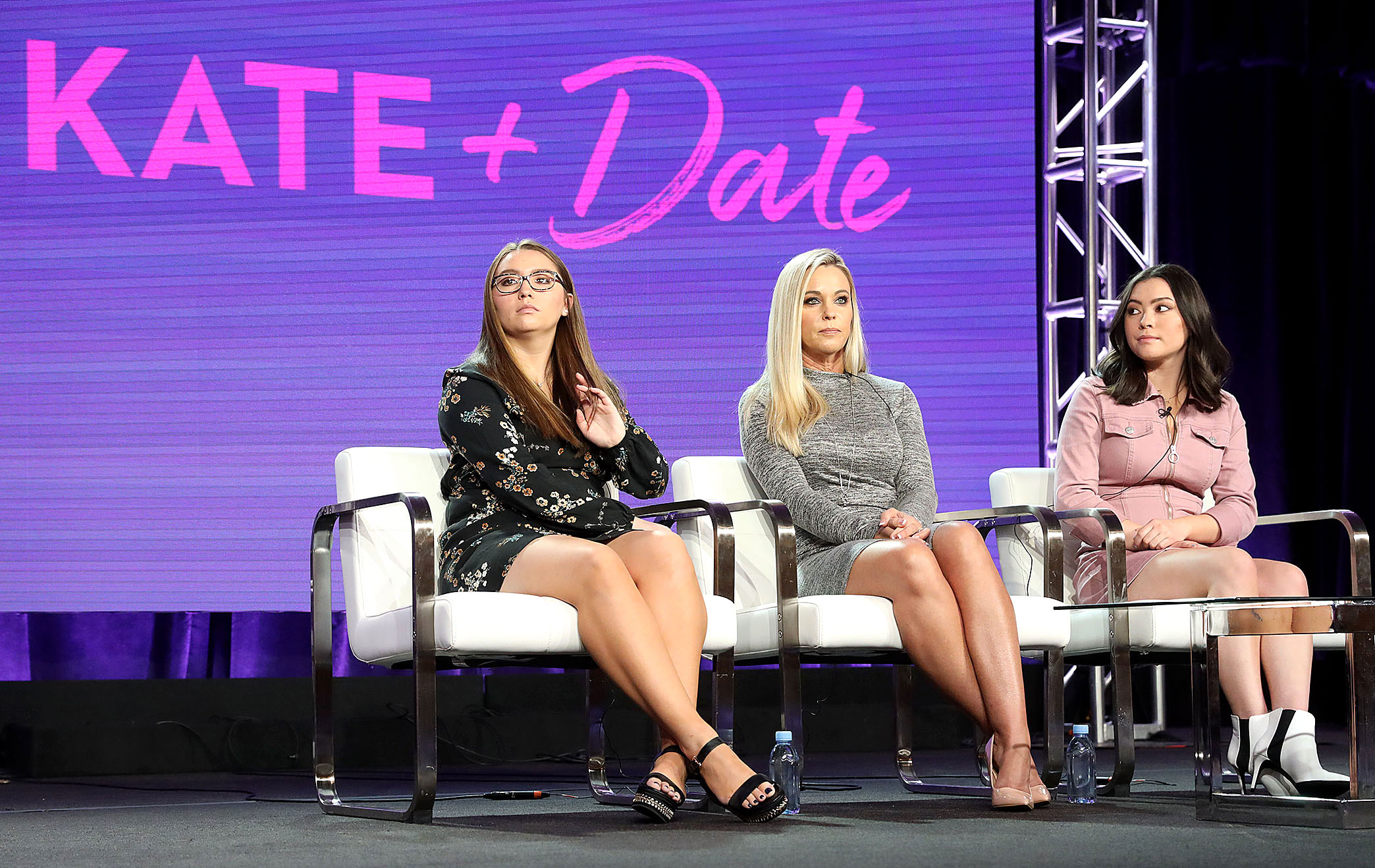 Kate says fans won’t see her locking lips with her dates. “It was important for me that my kids could watch the show and not feel cringe-y or uncomfortable,” she said on Tuesday. “I’m not a teenager, clearly. There’s no other mom dating show out there; I have five daughters and three sons, and they need to be able to watch a respectful … G-rated show. And it’s important for me to be an example to my kids.” 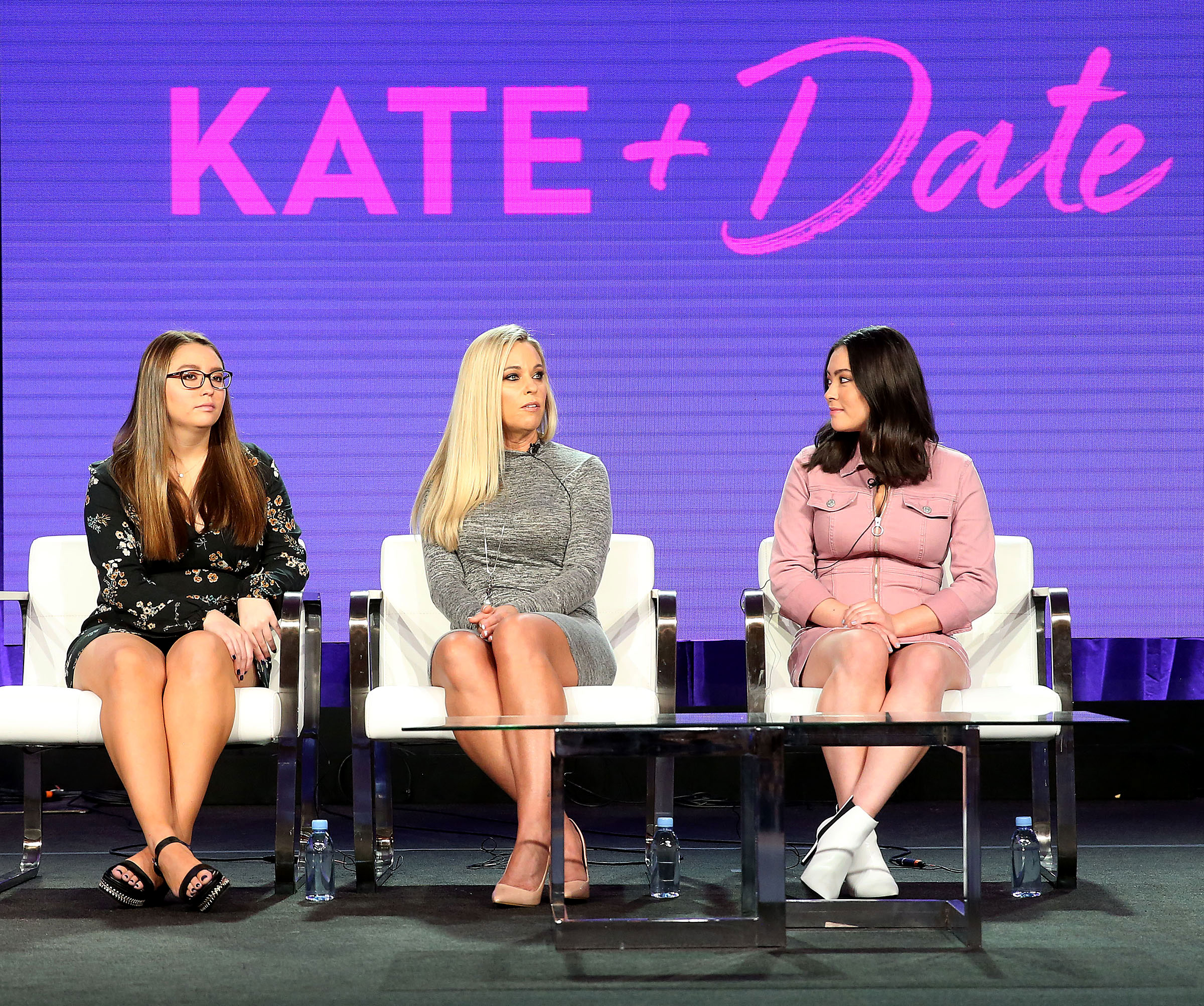 Three Peas in a Pod

The mother-daughter trio seemingly enjoyed their time at the event as they smiled onstage. “I don’t communicate with Kate,” Jon told Us in December. “It’s too much right now.” 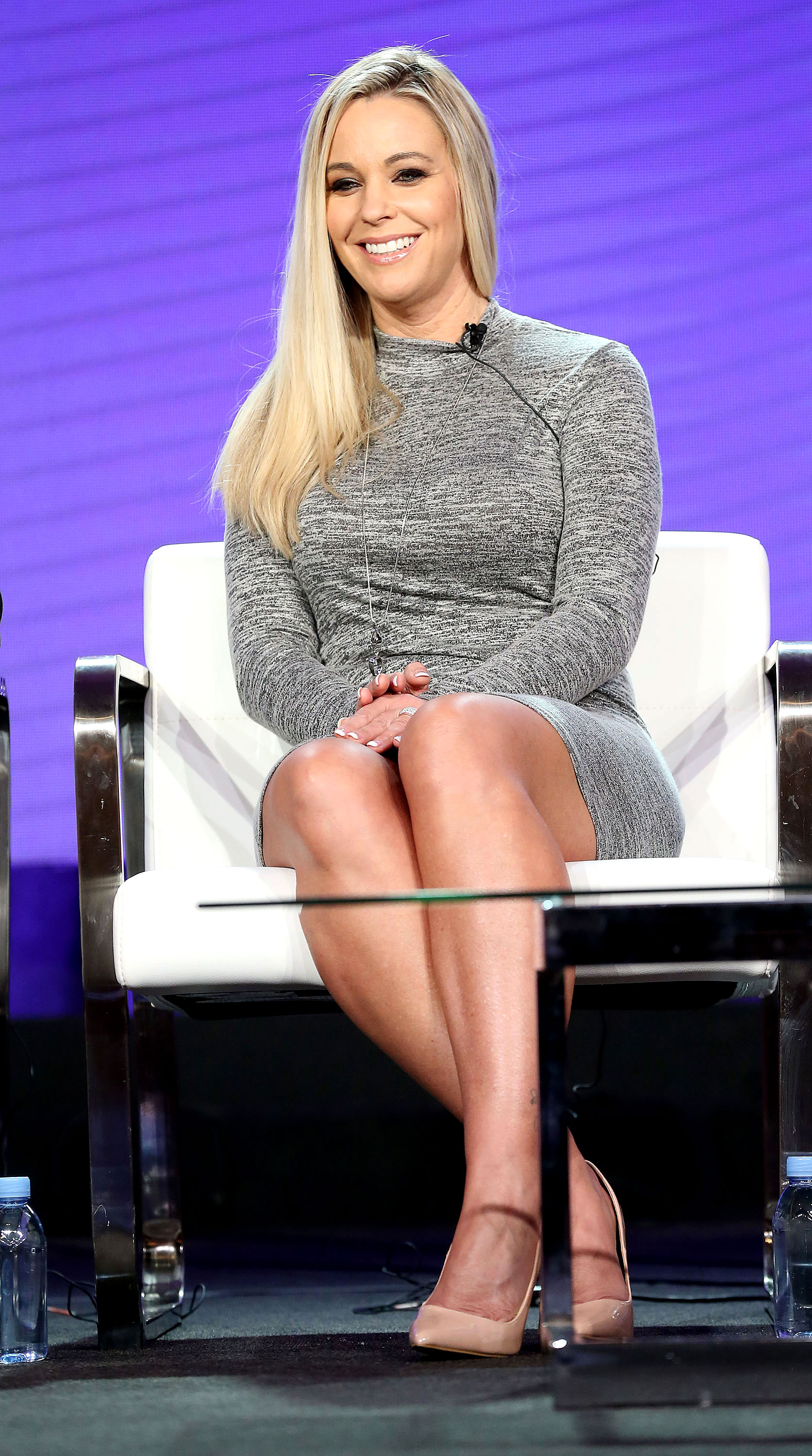 Excited for What’s to Come

Kate beamed as she was asked questions during the panel. “I love to date on TV – the safety it provides – but I didn’t realize how awkward I’d feel,” she admitted. “It’s hard to watch, exciting, awkward, fun and really rewarding.” 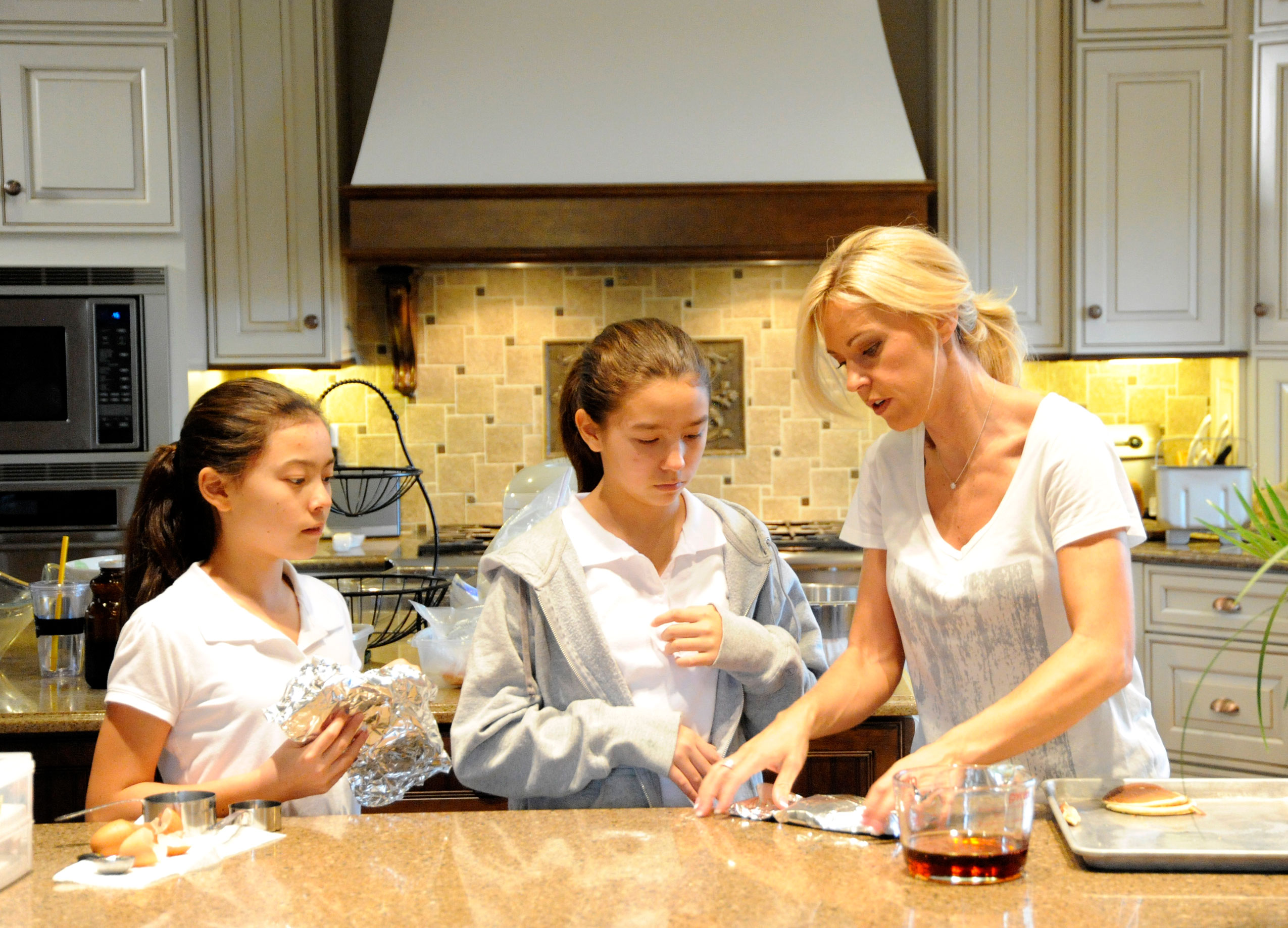 Fans of Jon & Kate Plus 8 have watched the Gosselin kids grow up. The college students have come a long way since their first TV appearance in 2007.