Justin Bieber is showing off a new look. The 27-year-old musician shared a selfie on Instagram Story on Sunday of his new buzzed haircut. Justin previously had locs, which had received mixed responses from fans.

The “Peaches” singer also shared a pic of his shaved head while he was at a restaurant with his wife, Hailey. He captioned the post, “Happy Sunday.” 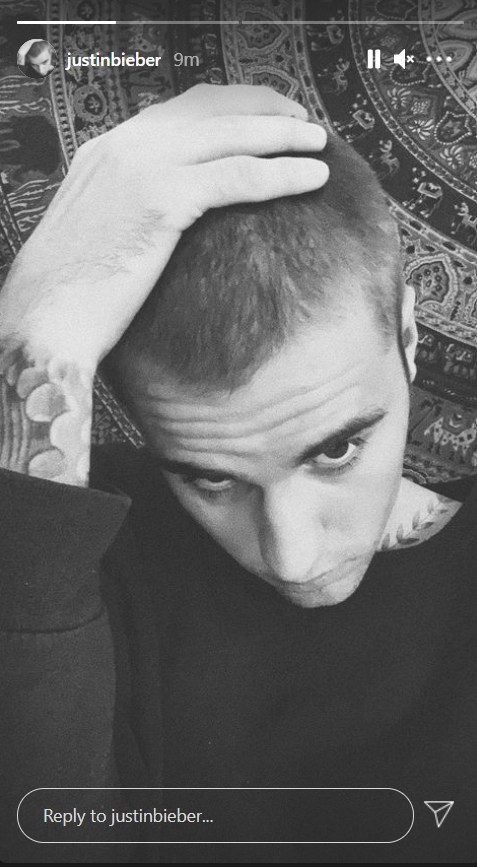 Last month, the singer opened up about the couple’s marriage in an interview for GQ, explaining they look forward to making memories as a family.

A source recently told ET that Justin and Hailey have “found their groove” and aren’t in a rush to have kids.

“Justin and Hailey are doing amazing and are so solid,” the source said. “They’ve really found their groove as a married couple and are enjoying their time together.”

“Hailey is super focused on her career right now and isn’t in a rush to have kids. Of course they have talked about their future and building a family together someday, but both of them are busy with work right now and Hailey really wants to build up her YouTube channel,” ET’s source added. “The two of them are very supportive of each other.”