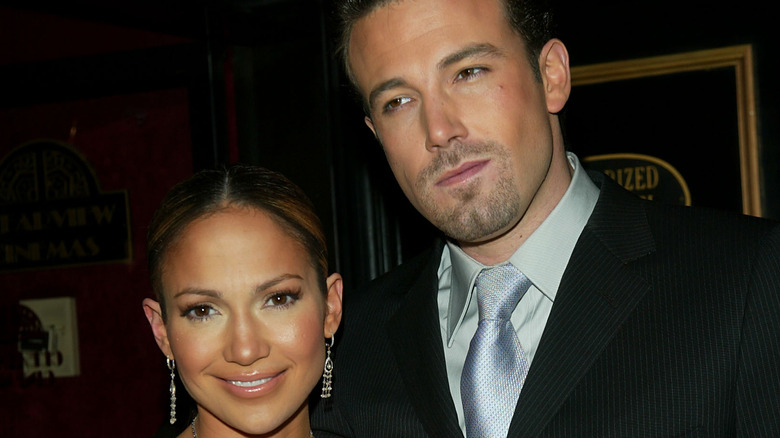 Ben Affleck had everyone talking this week when he was photographed browsing jewelry at Tiffany & Co. with his mother and son (via Page Six). Rumors immediately began to fly that the “Batman” star was shopping for an engagement ring for his girlfriend, Jennifer Lopez. The pair made headlines in the spring when they rekindled their relationship 17 years after calling off their engagement in 2004. Since that time they’ve only appeared to be growing closer, but is Affleck ready to pop the question.

According to E! Online, Affleck’s shopping trip had nothing to do with an engagement ring. Instead, he and his family were having a bit of fun by competing in a scavenger hunt at the Century City mall. “They split into teams with his daughters on one team and Ben, Sam and his mom on the other,” a source told the outlet. “They went all around the mall and into various stores crossing off each of the items they found. One of the stops was into Tiffany and they had to find something in the store. Ben walked in with his son and his mom and they quickly found what they needed and walked out. Ben held a pen and crossed it off his list.”

While Affleck reportedly wasn’t browsing engagement rings this time, that doesn’t mean that he and Lopez aren’t headed for marriage in the future. 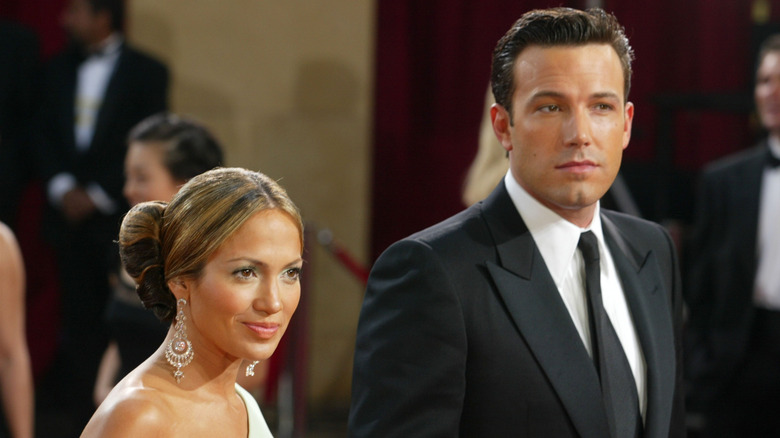 Us Weekly reports that Ben Affleck and Jennifer Lopez may be headed down the aisle. Sources tell the publication that the recently reunited duo have been talking about their future and marriage seems to be in the cards. “They are both madly in love and don’t want to let one another go this time,” the insider said, adding that Affleck considers Lopez the “one that got away” and is “determined to make sure that doesn’t happen this time.”

The couple known has “Bennifer” were previously engaged during their first relationship. However, they called off the wedding just days before the ceremony, citing “excessive media attention” as the reason. Just four months later, the pair announced their split. However, the source claims that Lopez and Affleck are “considering eloping” this time around to avoid any intrusive media coverage of their big day. Since the pair planned a lavish wedding the first time around, it seems that they may want to go in a very different direction for any potential future wedding plans.

However, Affleck has yet to pop the question to Lopez, but when the time comes she’s ready to say yes. The insider claims that the “Argo” producer has “matured into the man of her dreams” and that she’s head over heels again. While a wedding is purely speculation, it appears that fans will be watching closely for a ring on JLo’s finger in the future.