June Brown has said she was going to write to the Queen to say sorry for her mishap when she collected her MBE over a decade ago. The EastEnders favourite, who has played Dot Cotton since 1985, said she “admired” the monarch and first met her at her “60th birthday party”. The 92-year-old claims the royal “just walked off” during that encounter, leaving her in hysterics. However, their second meeting was a bit more successful at the start, however later left the small screen favourite wanting to apologise.

I thought about writing to her to the Queen apologise. But I suppose at least I made her laugh

Speaking to the latest issue of Radio Times, June discussed what happened while in the prescence of the the Queen, as well as her friendship with Lady Gaga.

On meeting the former as part of her milestone birthday, she started: “She [Queen] didn’t have a clue who I was.

“Her aides weren’t there to introduce me, so she gave me a look and just walked off, which made me fall about laughing.”

June continued: “I met her again when she presented me with an MBE [in 2008], but when I was called I tripped on the step in front of her and almost fell over.

“She said something about enjoying EastEnders and for some reason I replied, ‘I didn’t think you’d see it because it clashes with your dinner’.”

The star then stated: “I didn’t even call her Ma’am or Your Majesty, so later I thought about writing to her to apologise. But I suppose at least I made her laugh.”

Meanwhile, June’s unlikely friendship with hitmaker Lady Gaga came about when they appeared on The Graham Norton Show together. She said the 33-year-old Oscar winner “knows how to play the celebrity game”, but hasn’t loss any “humanity [or] kindness”.

June added: “She was so funny, intelligent and down to earth, but afterwards, when she went in front of the press, you could see her put the Gaga persona on.

“She saw me sitting on my own and came back, dropped the whole Gaga thing and invited me out to a nightclub before saying goodbye,” but unfortunately she had other plans at the time.

It comes just days after June Brown said she was losing her sight and now struggles to recognise her friends. 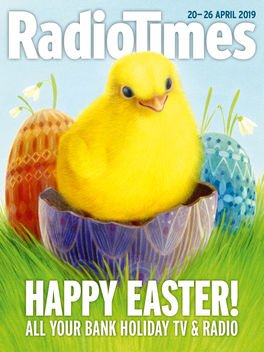 The veteran TV star said she was struggling with everyday tasks as her eyesight is now so poor.

She has suffered from macular degeneration for 10 years and, despite a revolutionary operation in 2017 that saved her from going blind and helped her recognise faces again, she said the situation is getting worse.

June stated: “I’ve got very poor sight. I’ve got extra lenses inside my eyes to try and help me read better.

“They help with my peripheral vision, but I’ve got no central vision at all.”

Read the full interview in this week’s Radio Times – out now.

EastEnders continues tonight at 7.30pm on BBC One.