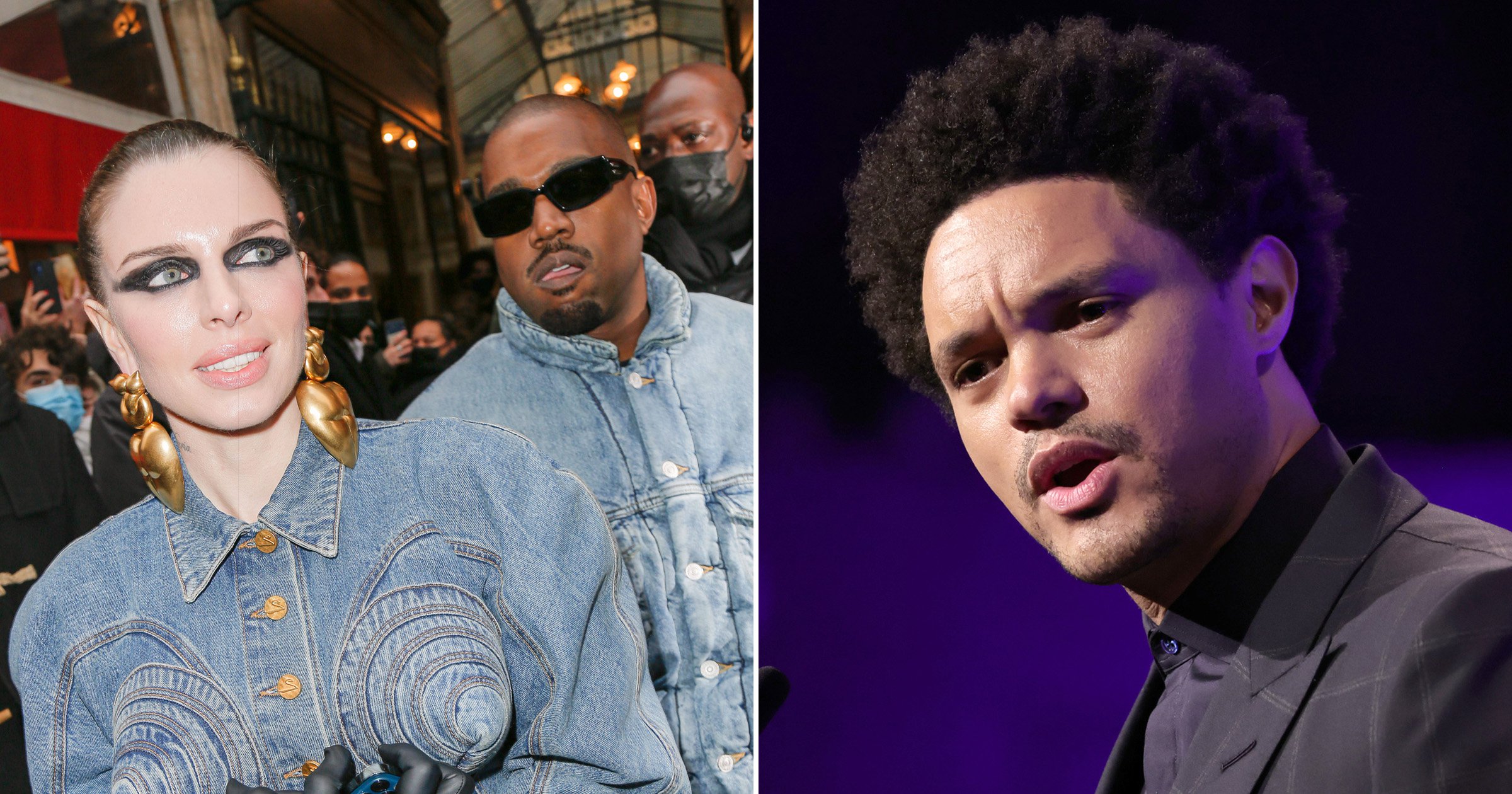 Julia Fox admitted that she wasn’t aware of Kanye West’s racial slur towards Trevor Noah before she said the rapper ‘wouldn’t kill a fly’.

The Jesus Walks musician, 44, was hit with a 24-hour suspension from Instagram after the continuous jibes at his ex-wife Kim Kardashian, 41, and her new boyfriend Pete Davidson, 28.

Things also escalated after Daily Show host Trevor weighed in on the highly publicised fallout, and feared that the Skims creator was being harassed by her ex-husband.

The comedian’s response didn’t sit well with the Yeezy founder, which resulted in him hitting back with some offensive choice words.

Before any of this went down, the 32-year-old actress – who had a brief relationship with Kanye at the beginning of the year- described his outbursts as nothing more than ‘artistic creative expression.’

‘Believe it or not, I have a life and a son, and I don’t have google alerts for this man!’

The model – who shares one-year-old son Valentino with ex Peter Artemiev – claimed that she initially thought the question was about Kanye’s controversial music video, which sees him burying the SNL comic in the ground and planting seeds around him.

Kanye’s behaviour online has reportedly cost him a place at this year’s Grammy awards, however, the Recording Academy is yet to confirm.

Trevor, who is hosting the annual music bash, responded to the news despite the brutal dig Kanye fired at him.

‘I said counsel Kanye not cancel Kanye,’ he said.

Although Trevor has publicly criticised the fashion designer’s actions, a source close to the comedian told CNN that he had nothing to do with Kanye being supposedly axed from the Grammy line-up.

Elsewhere Kim and Pete are still inseparable despite the chaos, and treated themselves to In-N-Out Burger during the week before the reality star jetted off to Miami to celebrate her Swim launch.