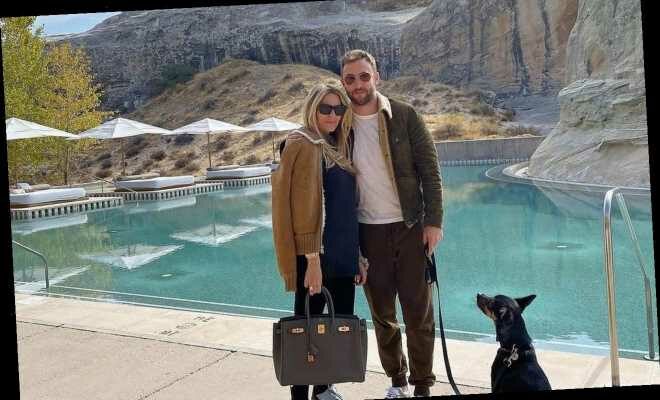 Congratulations are in order for the son of Dr. Phil McGraw and the ‘Rich Kids of Beverly Hills’ alum as the couple welcome their first child, two months after wedding.

The “We Should Still Be Friends” star and TV personality Morgan Stewart welcomed their first baby on Tuesday (16Feb21), two months after the couple wed.

He and Stewart wed on 9 December (20), four months after revealing they were parents-to-be.

All three Jonas Brothers were quick to congratulate the new dad, who opened for the band on the Happiness Begins Tour, on social media.

Meanwhile, new mom Morgan gushed over her newborn baby girl on her own Instagram as she posted a picture of her holding the bundle of joy in the hospital bed, “Row Renggli McGraw just wanted me to quickly update you guys that after 30 hours, 27 apple juices, & 16 pushes later she decided to join our party! And she’s definitely the coolest girl I’ve ever met.”

Jordan McGraw and Morgan Stewart went public with their relationship in March 2020 after she filed for divorce from Brendan Fitzpatrick back in October 2019 following three years of marriage.

Jordan popped the big question later in July and the couple announced they’re expecting their first child the following month. “Been working on my dad jokes for years,” he quipped back then while Dr. Phil exclaimed, “We are so proud of you and Morgan! Another grandbaby, yay! #granddaughter.”

The couple tied the knot in December and Dr. Phil gave his blessing as he wrote on social media, “So happy for you and Morgan! It is inspiring to see the love you share and I can’t wait for the life you will share to unfold. Love you both!! Good job Jordan!”