The ‘Dance Moms’ alum breaks down in tears in a new Instagram video in which she is forced to ‘say goodbye today’ to girlfriend Kylie as she moves to Florida.

AceShowbiz –JoJo Siwa has to go through a painful separation with girlfriend Kylie Prew. Just over two months after introducing the girl who captured her hear, the YouTube sensation revealed that her girlfriend has to move to Florida as she cried over the “reality of long distance.”

In a series of Instagram Stories she shared on Monday, April 26, the “Dance Moms” alum was seen with teary and puffy eyes as she covered herself under a red hoodie. In one Story, she wrote, “I. Don’t. Like. Saying. Goodbye.”

When fans got the wrong idea about what she meant by goodbye, JoJo cleared things up through a series of emotional videos. “You guys are confused on why I was crying on my last Story,” she began. “Nothing happened. We just are long distance and we had to say goodbye today and I’m sad.”

“It happens every time we say goodbye, and I wish we didn’t have to ever. But we do. And it just makes the [times] when we get to say hi to each other even more special,” the dancer/singer further went on to say that her teary response wasn’t anything new. 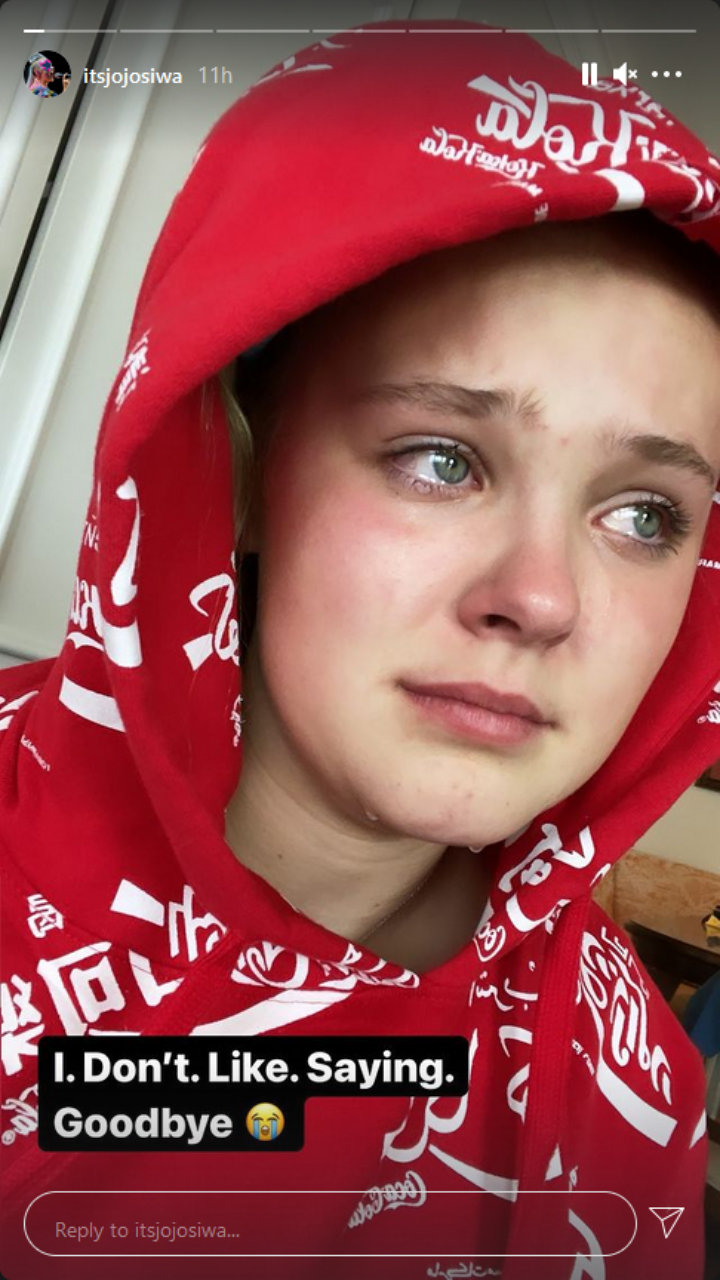 Before ending her Stories, the Youtuber convinced fans that everything is fine between her and Kylie though she could not handle being away from Kylie since she lives in Los Angeles. “I know you all were panicking for a second. But no need to panic, The reality of long distance: It’s very very very hard, but it’s the most worth it ever,” she concluded.

Almost at the same time she let out her tearful Stories, JoJo posted a picture of her and Kylie enjoying their time together at Disney World. The two matched their outfits by wearing long sleeved Buzz-Lightyear T-shits and masks. Along with the snap, she penned, “I love you to infinity and beyond:) ” E! reported that the two were accompanied by her brother Jayden Siwa, dad Tom Siwa and mom Jessalynn Siwa for the outing.