As you most likely know, the drama between the two started when the 19-year-old participated in a TikTok trend and quickly flashed a picture of Candace, dubbing her the “rudest” celebrity she has ever met. The video soon went viral, prompting the Full House actress to reach out to JoJo. Candace then posted a clip on Instagram to share that the two ended up having a “great conversation” in order to clear up the entire mess, saying:

“She actually didn’t want to tell me because she said it’s so silly, she felt bad and that’s why it just wasn’t a big deal to her. But then she said, ‘I met you at the Fuller House premiere when I was 11 years old, and we were all on the red carpet. I had come up to you and said, ‘Can I have a picture with you?; and you said to me, ‘Not right now.’ And then proceeded to do what you were doing and take pictures with other people on the red carpet.’”

The Hallmark star went on to apologize, adding:

But it turns out there’s more to the story about what went down – at least according to JoJo! She told Page Six in an interview on Thursday that the 46-year-old did not tell the full truth in her apology video earlier this week, explaining:

“We did speak on the phone. She shared that in her . She didn’t share all the details of the meeting. But it was one of those memories that little 11-year-old me was just stuck with.”

In fact, the Nickelodeon star had somewhat of a different recollection of their first meeting than what Candace described in the IG post:

“It was at the after party that she didn’t wanna take a picture with me, and I was OK with that. But then I turned around, and when I looked back, she was taking pictures with other kids. And that’s what made me really upset. When you’re little and somebody says something to you, and you just never forget it as long as you live — I think we’ve all had that moment – and I feel like this was that moment for me.”

No doubt, meeting someone you admire so much and having them turn you away must be rough. But considering the Fuller House alum apologized, isn’t it time to stop this back-and-forth and put the drama behind them? Apparently not! Not only did CCB’s daughter get nasty about JoJo on the ‘gram, Candace posted  a quote from the bible all about “humility” to her IG Stories on Thursday that read:

“Do nothing out of selfish ambition or conceit, but in humility consider others more important than yourselves.”

Alongside the quote, she wrote:

“A lesson I’m continuing to learn.” 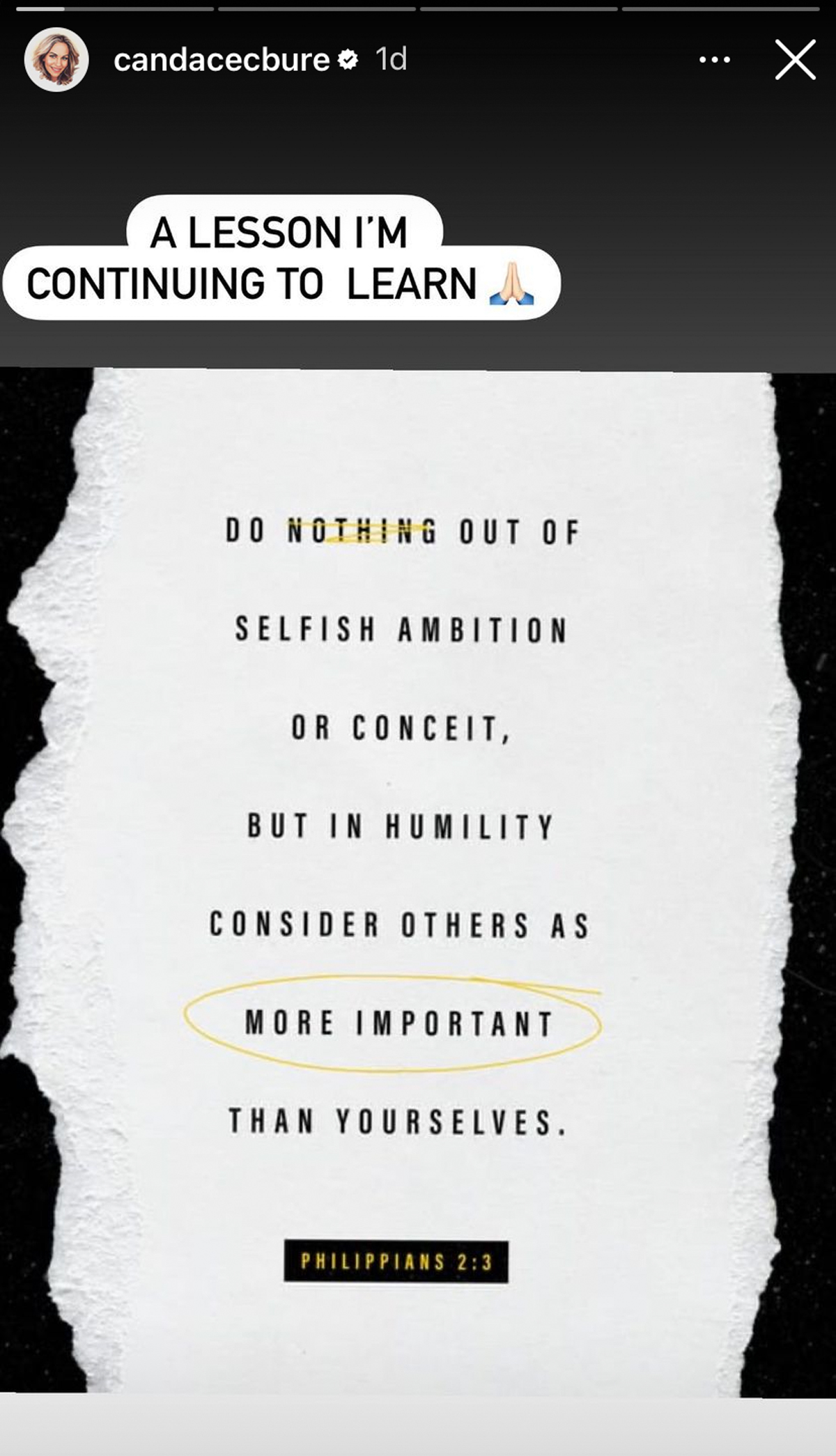 We’ll see if Candace decides to respond to the latest claims from JoJo, but here is hoping they can move past this situation soon! Reactions to the latest in the feud, Perezcious readers? Let us know!