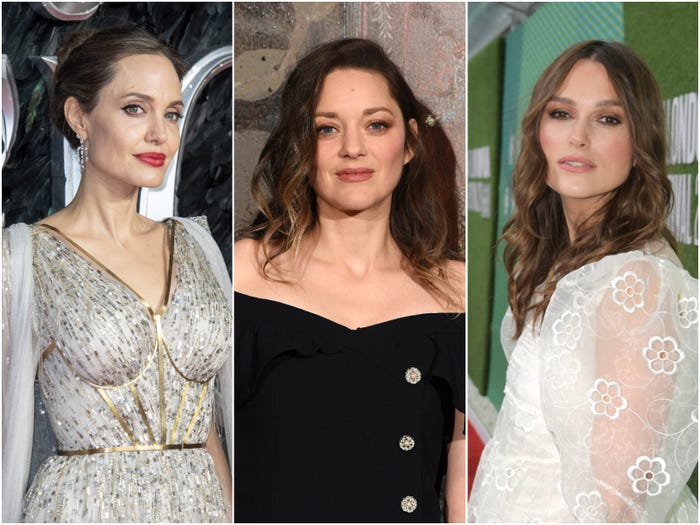 Johnny Depp was allegedly "romantic" with his high-profile co-stars, including Angelina Jolie, Keira Knightley, and Marion Cotillard, according to The Hollywood Reporter.

In an extensive breakdown of Depp's tarnished reputation, THR reported that in Depp's upcoming US-based defamation case, the actor will have to hand over any and "all responsive communications" in connection to people  with whom he has been "romantic."

It's unclear how long this list may be, but THR and Vulture have named Jolie, Knightley, and Cotillard as such partners based on court filings seen by the publications.

THR reports that Depp will be forced to hand over communications with these three actresses, as well as any others with whom he has been involved.

These details will be part of Depp's US defamation case, in which Depp is seeking $50 million. The case concerns the 2018 Washington Post essay Heard wrote about her experience with domestic violence, which did not mention Depp by name.

This follows the UK libel case in which Depp sued The Sun newspaper and its editor Dan Wootton after they labelled him a "wife beater" in relation to his tumultuous marriage with Heard. Although Depp lost the case back in November, the actor continues to deny the allegations.

Depp didn't only lose his case, but also his starring role as Gellert Grindelwald in the "Fantastic Beasts" series. Mads Mikkelsen has taken over the role after Depp announced that he had been asked to resign by the franchise's studio, Warner Bros.

The UK case brought to light numerous private materials, including text messages between Depp and close friend Paul Bettany in which Depp said he wanted to "burn" Heard. During this case, two of Depp's ex-partners, Winona Ryder and Vanessa Paradis, defended him in their witness statements.

The US case may churn up even more details about Depp's private life, especially since Vulture reported that a 2019 email from Heard's team defined "romantic" as any person Depp has been sexually involved with in the last 10 years.

None of the alleged relationships between Depp and Jolie, Cotillard, and Knightley, respectively, have ever been made public or been confirmed by the actors.

Still, rumors have circulated about them before. Depp starred in "The Tourist" with Jolie in 2010, and despite reports that they didn't like one another while shooting the film, an unofficial biography of Jolie described the actress' crush on Depp. The actor also called Jolie "a walking poem," in a video obtained by Pop Sugar, describing her as "a perfect beauty."

Depp and Knightley both starred in three "Pirates of the Caribbean" movies, becoming on-and-off costars for a decade. While their characters, Captain Jack Sparrow and Elizabeth Swann, were not exactly love interests, they did share a kiss in the 2006 second installment, "Dead Man's Chest."

However, Depp called that kiss with Knightley, who is one year older than Amber Heard, "awkward" in an interview with the Evening Standard. He added: "Kissing someone you are not romantically involved with is always awkward, but the fact that Keira is 20-something years younger than me made it infinitely more awkward."