So in love! John Mellencamp is gushing over his fiancée of one month, Meg Ryan.

“I’m engaged … at 67 to a very funny woman,” the Grammy winner said in an interview with Today that was posted on Thursday, December 13. “The funniest woman [I’ve] ever met.”

The You’ve Got Mail actress, 57, confirmed her engagement to the “Hurts So Good” rocker via Instagram on November 8. “ENGAGED!” she captioned a drawing of the pair.

Several days later, she showed off her engagement ring on the red carpet at a Friar’s Club Entertainment Icon Award event in New York City. 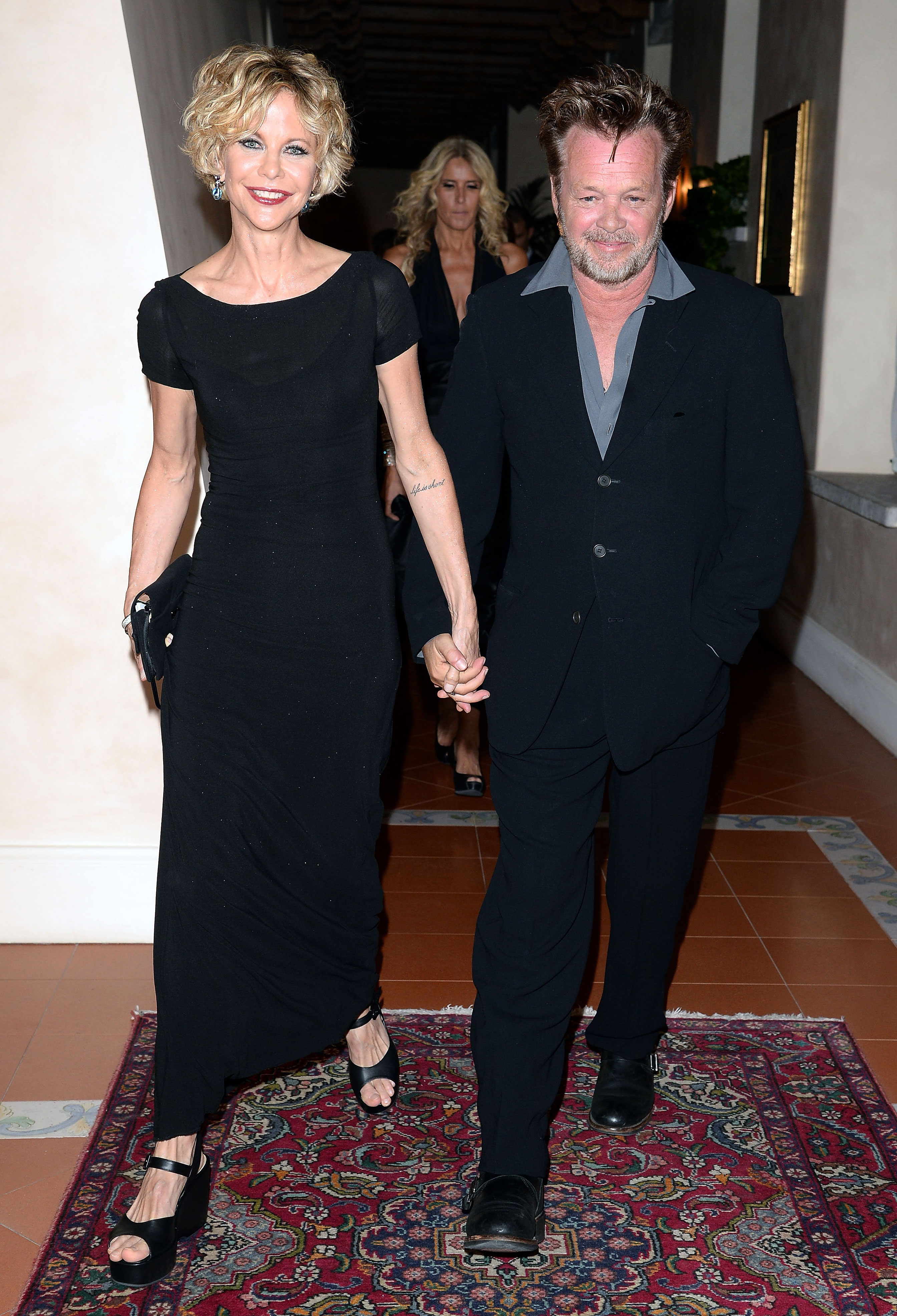 The three-time Golden Globe nominee and the musician first began dating in 2011. They split in 2014, only to get back together again later that year. After breaking up once more in July 2015, the couple were apart for two years before rekindling their romance two years later in 2017.

“I’m probably not the easiest guy to get along with, so … let’s leave it at that,” Mellencamp said on Thursday of their on-again, off-again relationship.

A source told Us Weekly in July 2017 that the lovebirds had been dating again for months and that they spent the weekend before Memorial Day together at Art Cliff Diner on Martha’s Vineyard with the actress’ son, Jack Quaid, 26, whom she shares with ex-husband Dennis Quaid. (Meg is also the mother of Daisy, 14, whom she adopted in 2005. Mellencamp, meanwhile, is father of daughters Michelle, 48, with ex-wife Priscilla Esterline, Teddi, 37, and Justice, 33, with ex-wife Victoria Granucci, and sons Hud, 24, and Speck, 23, with ex-wife Elaine Irwin.)

The singer said on Thursday that he and his bride-to-be are now so inseparable, he bought a place for himself to paint in NYC. “Meg lives here in New York, so there’s no place to paint where she lives, so I bought this place to paint.”