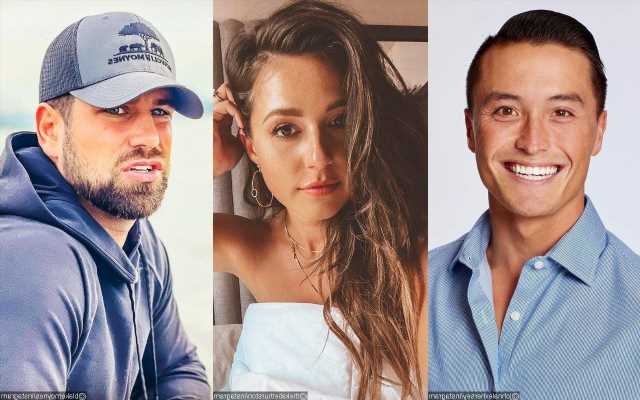 In his statement, the week-two guy from ‘The Bachelorette’ season 17 emphasizes that he and his now-girlfriend ‘were ALWAYS platonic’ while she was engaged to Blake.

AceShowbiz –John Hersey has shut down Blake Moynes‘ recents claims. After Blake accused his former fiancee Katie Thurston of emotionally cheating on him with John during their engagement, the week-two guy from “The Bachelorette” season 17 decided to set the record straight.

John offered his clarification in a Reddit thread shared on Friday, November 26. “Katie and I developed an incredible and deep friendship over the last half year or so. The circumstances by which this friendship formed was a series of crazy, random and coincidental events, that I’m sure you will all hear about at a later time,” he first wrote.

“My point for now is that we were ALWAYS platonic. Even during my short stint on the season, we never had a chance to foster anything romantic (read as: John blew his chance and left the next day hahaha),” he added. “The boundaries of our friendship with respect to her ongoing relationship never even required addressing, because it was never a thought in our minds that we would ever be anything more.”

“You guys – she was engaged. It is apparent that many of you misjudge how both her and I view that commitment,” the 27-year-old bartender stressed. “Neither Katie nor I would ever cheat, push someone to cheat or be involved in cheating. It is not in our nature. It is not acceptable. It is not OK. On second thought, maybe this message deserves its own paragraph: There was no wrongdoing prior to the end of their engagement.”

The lengthy statement came just days after Blake brought the cheating accusations against John and Katie. “I really don’t think there was any physical cheating there, but there’s clearly emotional for it to transition as quickly as it did,” he said on “Talking It Out with Bachelor Nation” podcast. “I feel stupid and foolish for allowing it to happen, to some degree.”

“And I don’t know if it was partially me too,” the wildlife manager further shared. “Like, was she in some sense emotionally cheating because I wasn’t able to provide something with words of affirmation, which I know I struggle with sometimes?”

Katie, who confirmed her romance with John on the final day of an Instagram series called the “12 Days of Messy,” has yet to respond to her ex’s allegations.