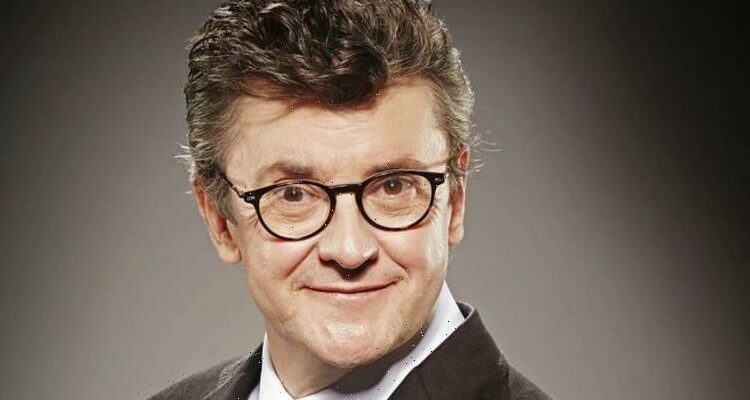 The extraordinary comedy magician and actor is one of the hardest-working men in showbusiness. Yet Joe, 59, snorts when I mention that. “I’m just a chancer,” he tells me. “I had ten years in real jobs, so now every day is just a laugh. I’ve spent the last 35 years getting away with it.” The squeaky-voiced star, whose new touring play April In Paris opens tomorrow, once worked as a porter in Smithfield meat market. “No matter how hard it is in the business, at least I haven’t got a dead cow on my back…”

It was a demanding job but there were perks – every Friday he’d receive 10lbs of beef and an un-plucked chicken.

“I’d take them home to Essex on my moped in plastic bags, one hanging from each handlebar for balance,” says Joe. “One week, someone clipped my handlebar and the chicken came off, so I had to lean the other way to balance the beef.

“I didn’t know but the chicken had fallen out of the bag and got lodged in my mudguard. It still had its feathers and beak so it looked like I was being chased by a chicken all the way down the A13.

“When I got home, half of it had cooked on the exhaust pipe so mum cut that bit of and we had the rest for dinner. It tasted of Shell.”

No one has suffered more for their art than Pasquale. He broke toes tap-dancing in panto, set his foot alight during his first TV appearance, and fractured his right hand on a Dancing On Ice tour. “I wasn’t skating, I just fell over,” he laughs.

The incident with the Queen happened after the 2007 Royal Command Performance. He’d performed with The Blue Man Group who’d painted him blue and swung him across the stage into a large canvas. 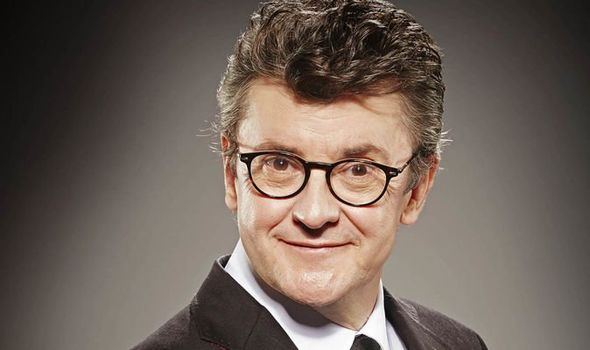 “The paint was egg-based so there were no harmful side effects,” recalls Joe. “But after days of rehearsals it had gone off. Consequently, I stank – even after I’d showered.

“When I met the Queen, she asked, ‘Have you recovered?’ I said ‘Yes ma’am but I’m minging.’ She said, ‘What’s minging?’. I replied, ‘I smell a bit’ and she lent forward and sniffed me.

Prince Philip summed up Pasquale’s act best after another Royal show. He looked him up and down and said: ‘You’re that fellow who did the…yesss…’. “And then he walked on,” Joe laughs.

Joseph Ellis Pasquale was born on August 20, 1961, in Grays, Essex, the third child of four. “My dad worked in a margarine factory; mum was a housewife.”

Leaving school with no qualifications, he worked as a tea-boy, a garage mechanic, a Ford’s factory worker, a labourer, a plasterer, and “for eighteen months I was a civil servant in the Department of Environment’s Dangerous Goods branch,” says Joe. “But I didn’t do anything dangerous, just photocopying and making the tea.”

He married childhood sweetheart Alison at 17 and had three daughters. When they separated after six years, Joe started work as a Green coat at Warner’s holiday camp in Lowestoft. 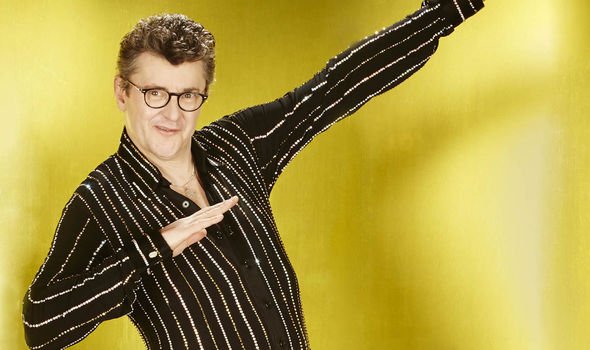 “If the cabaret didn’t turn up, the manager would say ‘Go on and do five minutes’,” – the genesis of the act he performed on New Faces, coming second in the 1987 grand final.

Soon after, Joe was booked as support to singer Grace Kennedy at Blazers nightclub in Windsor. He did his five minutes and came off.

“The stage manager was pulling his hair out. He told me, ‘We need 40minutes more!’.”

So magician-turned-agent Michael Vine gave Joe his trunk full of magical paraphernalia. “By the end of the week I had 45minutes of Michael’s act. I didn’t know what I was doing. I still don’t…”

The low point was a Variety Club show where he died horribly.

“I was sitting in the dressing room feeling disheartened when Paul Daniels came backstage with all of my props. He said, ‘I know what it’s like to die on your a*** and have to go back on stage and pick up your own gear, so I’ve done it for you. Carry on, you’re all right’.”

Joe honed his act – a mix of daft jokes, prop comedy and slapstick magic – and got booked on Des O’Connor Tonight. Des loved gags like “This is my stepladder, my real ladder left me.”

“The first thing everyone asks me is, ‘Is that your real voice?’,” says Joe. “It is, but when I get excited it goes up a lot.”

He once filmed a TV nappy advert with actor Bob Hoskins. Bob has one way to say – “Eh?”, but kept blowing it. Joe recalls, “He said, ‘’E talks like a bird, it’s putting me off’. I had to leave the studio so Bob Hoskins could say ‘Eh’ on his own.”

Like those comedy giants, he has the likeability factor, appealing to club circuit audiences too. He stormed a Comedy Store charity gala with Seann Walsh, and then the Balham comedy festival.

“I did 20 minutes with a lot of sight gags and went down really well. It was nice working with people like Joe Lycett. You’re either funny or you’re not. That’s the only criteria. No one heckled.”

Not like Gwent 30 years ago when a man shouted something in Welsh, threw his crutches at Joe and fell flat on the floor. “Apparently he’d said, ‘I’d rather fall over that hear this ****!’.” 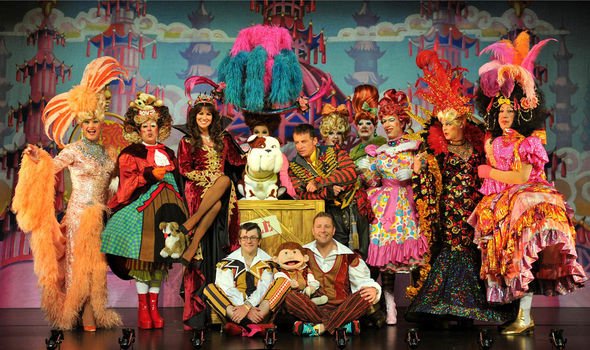 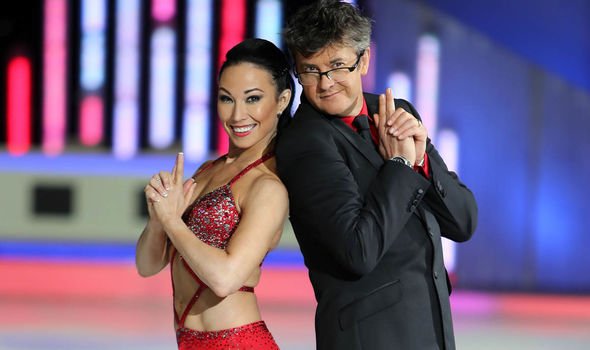 Joe’s TV career has included winning I’m A Celebrity, his own An Audience With… and regular chat and quiz show appearances. Last month, he won his heat of ITV’s Britain’s Brightest Celebrity Family with actor Joe Tracini, his son from his second marriage to brunette singer Debbie.

Despite his stage persona, Pasquale is sharp. He has an OU degree in Geo-Science and writes horror short stories.

In his forties, he passed his pilot’s licence and started boxing to keep fit.

In 1999, Joe made his theatrical debut in The Nerd. He played Leo Bloom in The Producers, King Arthur in Spamalot and Frank Spencer in Some Mothers Do Have ’Em.

The new run was derailed by the first lockdown. But his stage “wife” Sarah Earnshaw, who plays Betty, is his co-star in John Godber’s April In Paris. 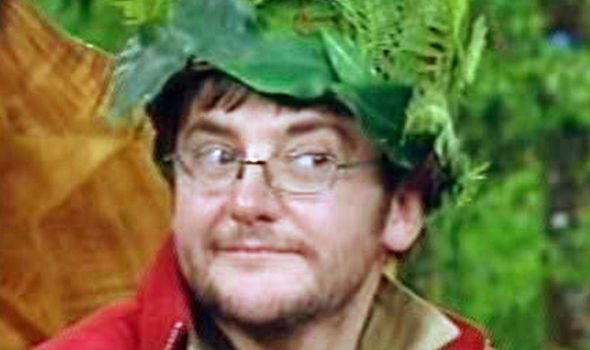 “It’s a two-handed comedy about a couple who’ve grown apart. She wins a weekend away in Paris and so the hook is, can they save their relationship?

During lockdown, Joe delivered PPE for the Helping Hands charity “rather than sit doing nothing.” He also completed Deadknobs & Doomsticks 2, his second horror short story collection.

Kent-based Joe, who has five children and “eleven grandkids, including step ones”, also found time to voice Monkey in Neil Gaiman’s The Sandman.

He’s working on his first full-length novel, has a pop project on the go; and, after panto, he’ll be back rehearsing a 2022 tour of Some Mothers. He doesn’t stop.

“I’ll never retire. What would I do? Sit in the garden? Watch telly? That’s not for me, mate.”

• April In Paris opens on May 17 at Coventry’s Belgrade Theatre.