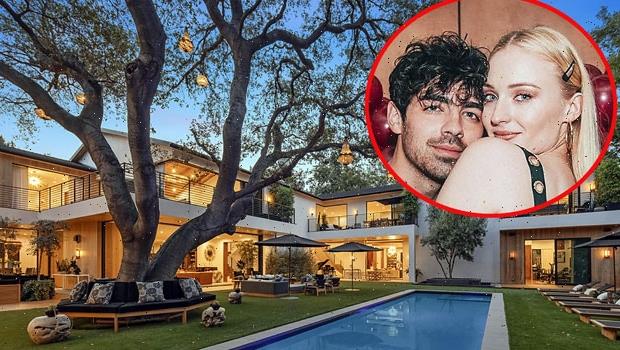 Joe Jonas and Sophie Turner have put their Los Angeles mansion on the market for a whopping $16.75 million. Located in the upscale neighborhood of Royal Oaks in Encino, the 15,000-square-foot home has nine bedrooms, 11 bathrooms, a wine cellar, and other eclectic amenities, including an aquarium and hair salon. The musician, 31, and Game of Thrones actor, 25, purchased the sprawling estate back in 2019 for $14.1 million, according to the Wall Street Journal. 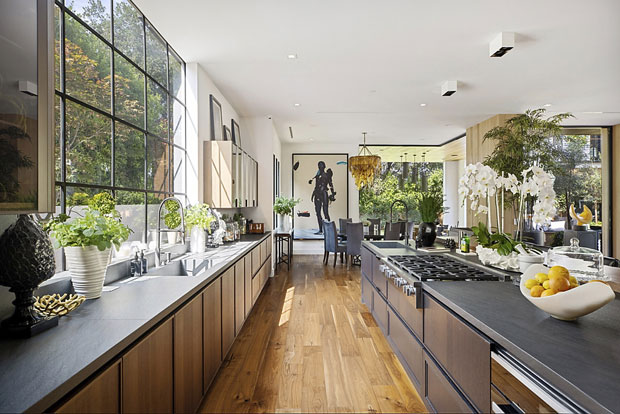 The mansion has an open floor plan in the main living room and floor-to-ceiling glass doors that lead to the outside. There’s also a massive open kitchen with a lot of countertop space. In the wood-paneled bar — a room that probably served as the ultimate retreat during pandemic times — there is a pool table that overlooks the backyard with a massive oak tree and a swimming pool.

Grandiose stone fireplaces are flanked throughout the mansion, including in the living area and a bedroom. See the images in full HERE. There is no telling where the family of three will set up roots next, but their next home will likely be just as extravagant. 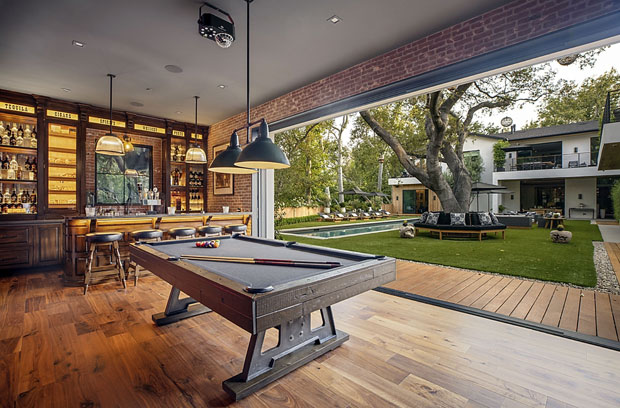 Joe and Sophie tied the knot in 2019 after three years together. The couple had two weddings that year: one in Las Vegas in May (Elvis Presley impersonator and all!) and a second one in France in June. Famous guests at the latter included Joe’s brothers and Jonas Brothers bandmates Nick and Kevin Jonas, of course, and Sophie’s GoT co-star (and maid of honor) Maisie Williams. The two welcomed their first child together, a baby girl named Willa, last July.

The stars have made a conscious decision to not share photos of Willa since her birth. Last month, Sophie slammed the paparazzi for publishing photos of her daughter online. On Instagram Story, the English actor said she was “sickened” by “grown men” taking photos of Willa without permission. “I just want to say that the reason that I am not posting pictures of my daughter and making sure that we can avoid paparazzi at all costs is because I explicitly do not want those photos out there,” she said.

“She did not ask for this life, to be photographed,” Sophie continued. “It’s f*cking creepy that grown old men are taking pictures of a baby without their permission. I’m sickened, I’m disgusted, and I’m respectfully asking everyone to stop following us around and stop trying to take pictures of our daughter, and especially printing them.”