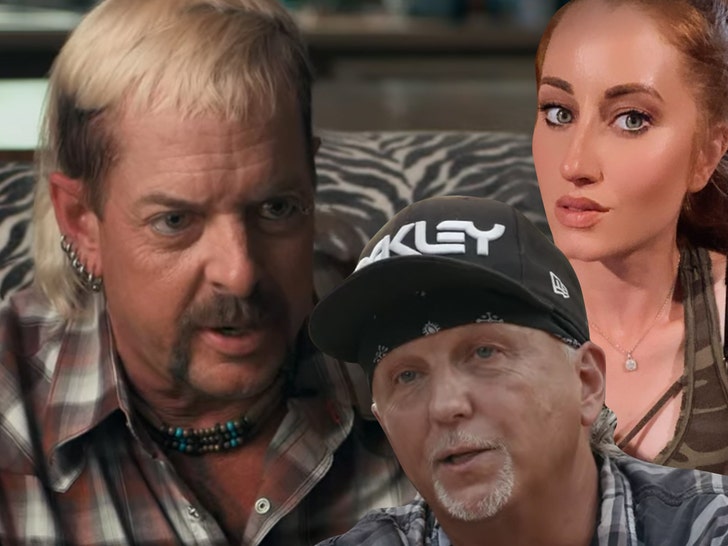 Jeff Lowe is moving forward with his plans to auction off an “official” Joe Exotic NFT collection … despite legal pushback from the ‘Tiger King’ himself.

Here’s the deal … Jeff and his wife, Lauren Lowe, recently announced an auction of non-fungible tokens featuring Exotic and the rest of the ‘Tiger King’ stars and it seems to have caught the attention of Joe’s legal team. 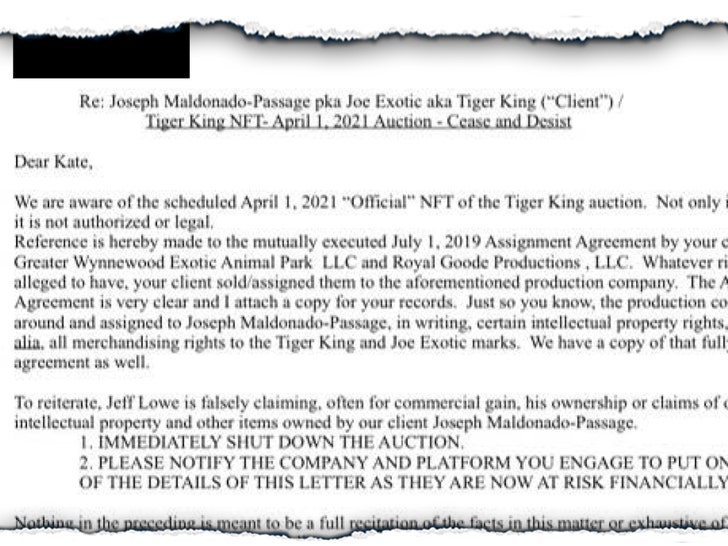 Exotic’s attorneys fired off a legal letter to Jeff and Lauren, obtained by TMZ, claiming the couple does not have legal standing to sell the NFTs … and demanding they call off the auction or risk financial and legal ramifications. 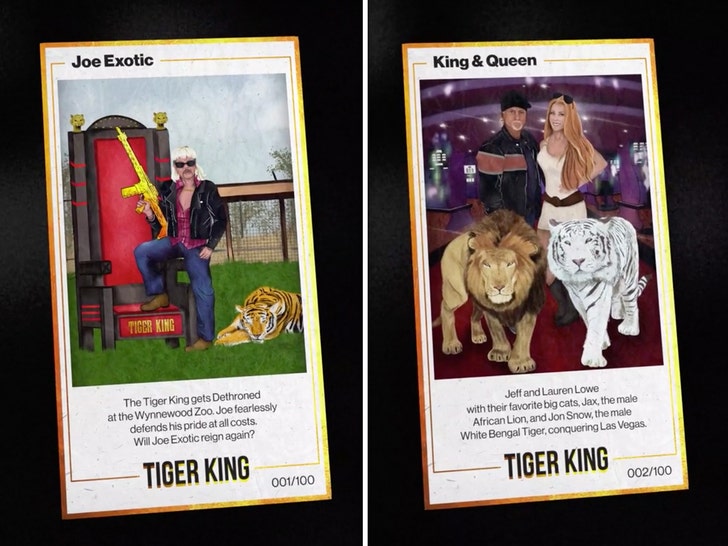 Lauren tells TMZ … she and Jeff are still pressing on with the auction despite Exotic’s legal threats.

She says they will defend their position that they’re the only entity in the U.S. that holds the ‘Tiger King’ trademark, which Lauren claims Joe signed over to them way back in 2016. 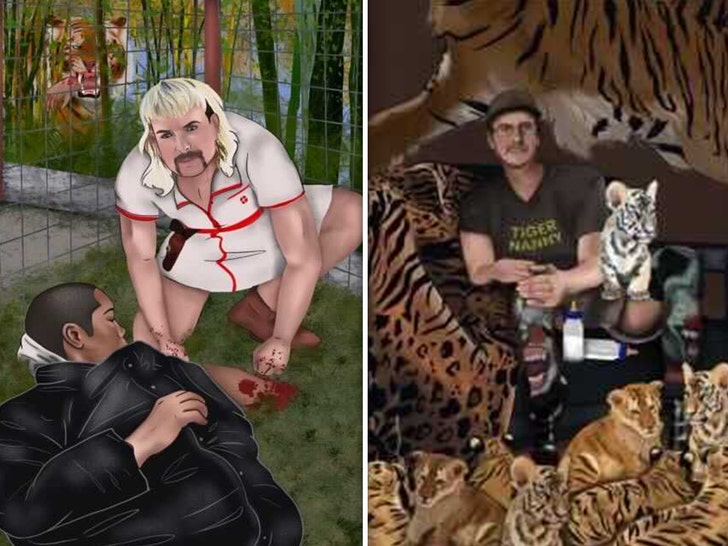 The auction goes live Thursday at 5 PM ET with the bidding running through 5 PM ET Sunday … so the clock is ticking for either side to blink.