Looking out for one another. Jodie Sweetin said her Fuller House family has each other’s backs — no matter what.

The My Perfect Romance actress, 37, made the comment while discussing the show’s fifth and final season with Access Hollywood on Monday, July 22.

“I think [ending filming is] a little easier [now] because the first time it was like, ‘Am I gonna see these people again?’ Now I’m like, ‘I’m never getting rid of them,’” she joked. “Like, this family, we’re together through thick and thin, so it makes it a little easier in that I know I won’t be saying goodbye to them.” 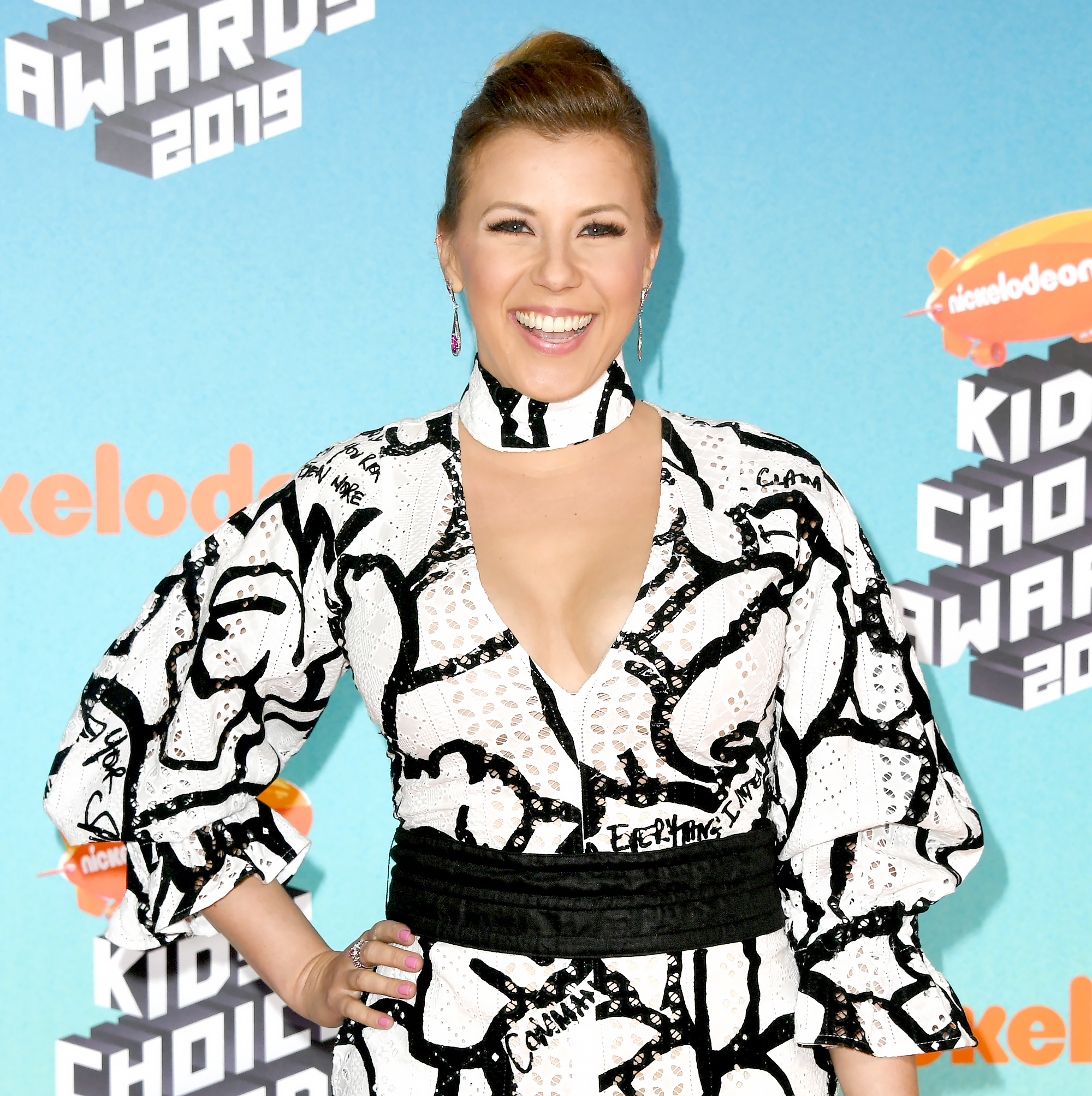 Sweetin’s sentiment comes four months after scandal rocked her costar Lori Loughlin‘s world as she and husband Mossimo Giannulli were both indicted for their alleged involvement in a nationwide college admissions scandal.

The former When Calls the Heart star, 54, and the fashion designer, 56, are accused of paying bribes totaling $500,000 to have their two daughters, Bella, 20, and Olivia Jade, 19, falsely represented as recruits of the University of Southern California crew team — despite having never played the sport — to ensure their admission to the school.

The couple, who pleaded not guilty to charges of fraud and money laundering on April 15, are hopeful their names will be cleared in the scandal. “They believe they’ll be exonerated,” a source, who said the pair are “actively engaged in their defense,” told Us Weekly earlier this week. 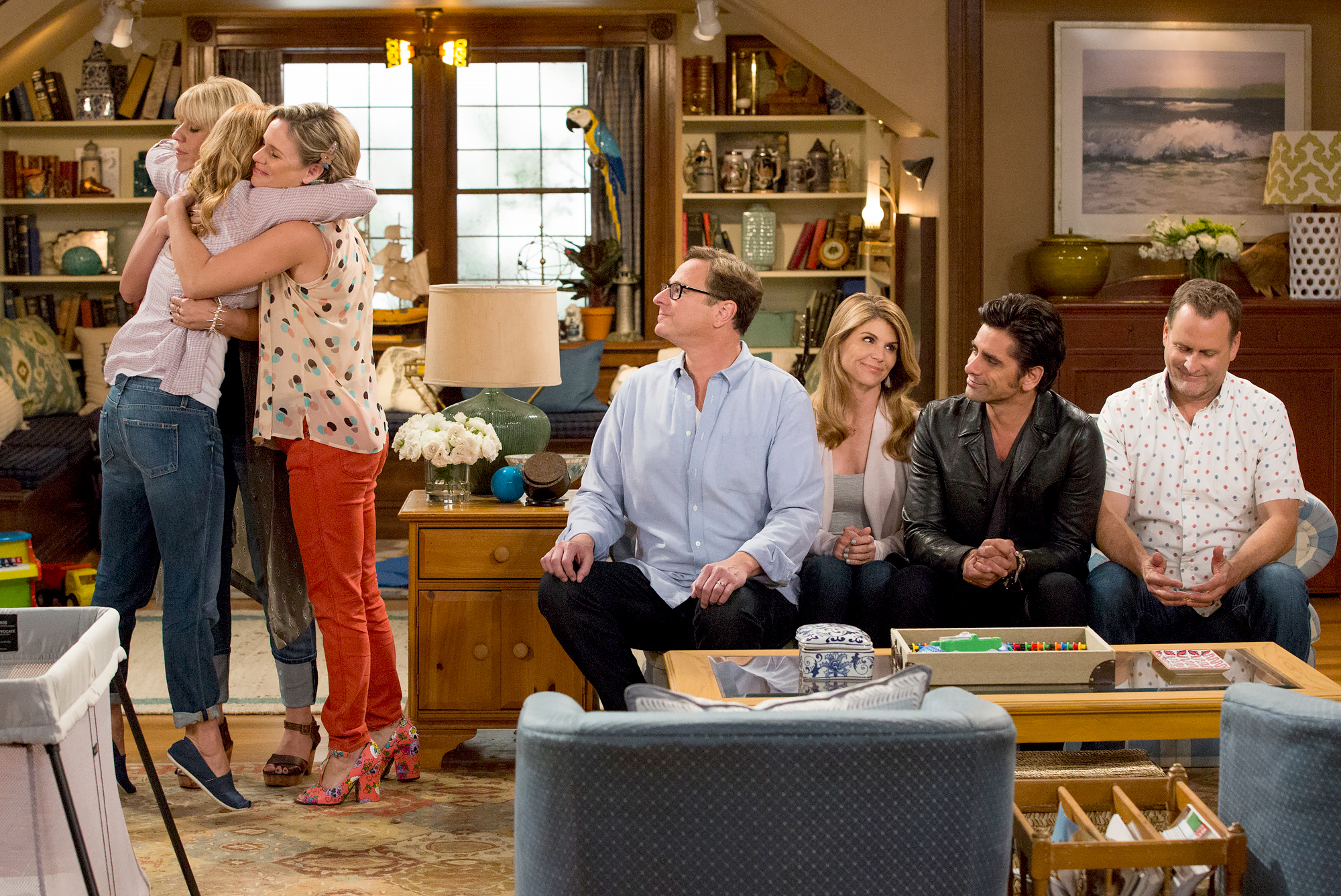 One month prior, the twosome’s lawyer called the allegations against them “baseless” in court documents obtained by Us. “Giannulli and Loughlin are innocent of the charges brought against them and eager to clear their names,” the documents stated. “And they believe their interests will be advanced most effectively by presenting a united front against the government’s baseless accusations.”

Loughlin’s Fuller House costar Bob Saget briefly spoke about her situation during a Today Show appearance on April 23, saying, “I will say that I love her and I will say no comment, and that’s it.”

“Where there’s a lot of heart, there’s a lot of love. And a loving family sticks together no matter what,” Cameron Bure, 43, told the crowd at the time. “They stick together through the hard times, they support each other, they encourage one another, they pray for each other, and they stand by their side, no matter how tough it gets. And a loving family that sticks together also celebrates the really good times together.” 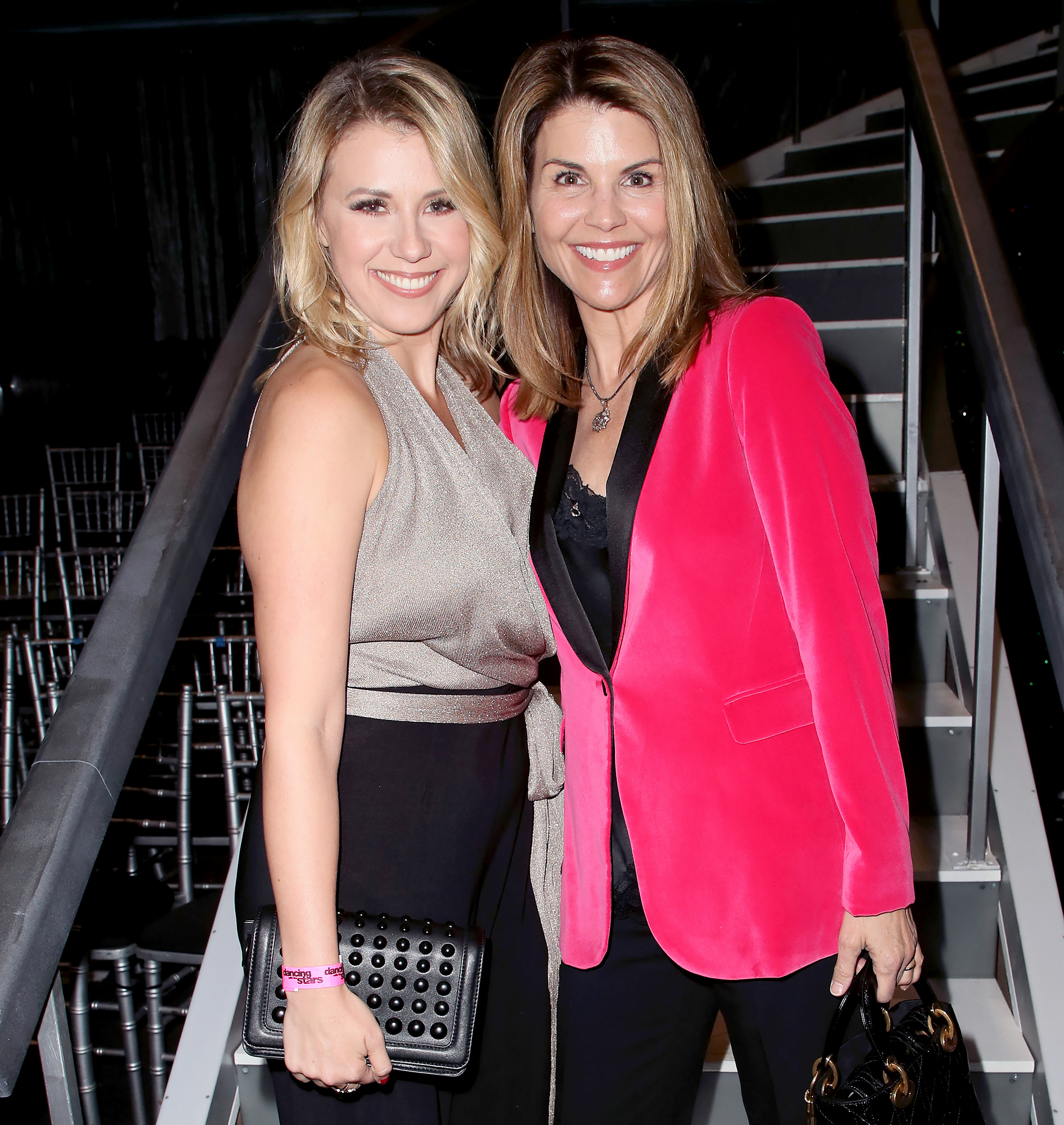 A source told Us in May that Loughlin, who was fired from her Hallmark roles in March, expects to return to work after the scandal dies down, but her Fuller House husband, John Stamos, may have other plans: The Grandfathered actor, 55, wants to explore his character Jesse’s life prior to marrying Loughlin’s Becky.

“I think there’s a play that we go backward,” he told E! News last month. “Like, what happened before? If you remember in the pilot of the show, my sister, Pam, dies, and that’s why it’s the three men raising the three girls, so I’d like to explore that — the brother, sister, maybe go back,” he told the outlet. “We’ll see.”

As Sweetin told Access Hollywood Monday: “If he wants to do a prequel, I’m sure we’ll all talk about it and we’ll see what happens.”