Lots of fans everywhere. While appearing as a guest on the “Dinner Party With Jeremy Fall” podcast, Jinger Duggar revealed that she and her sisters had admirers in all sorts of odd places.

Duggar Love! Relive All of the Family’s Courtship Beginnings

In fact, the Counting On alum, 27, dished that several incarcerated men wrote fan mail to the Duggar sisters. 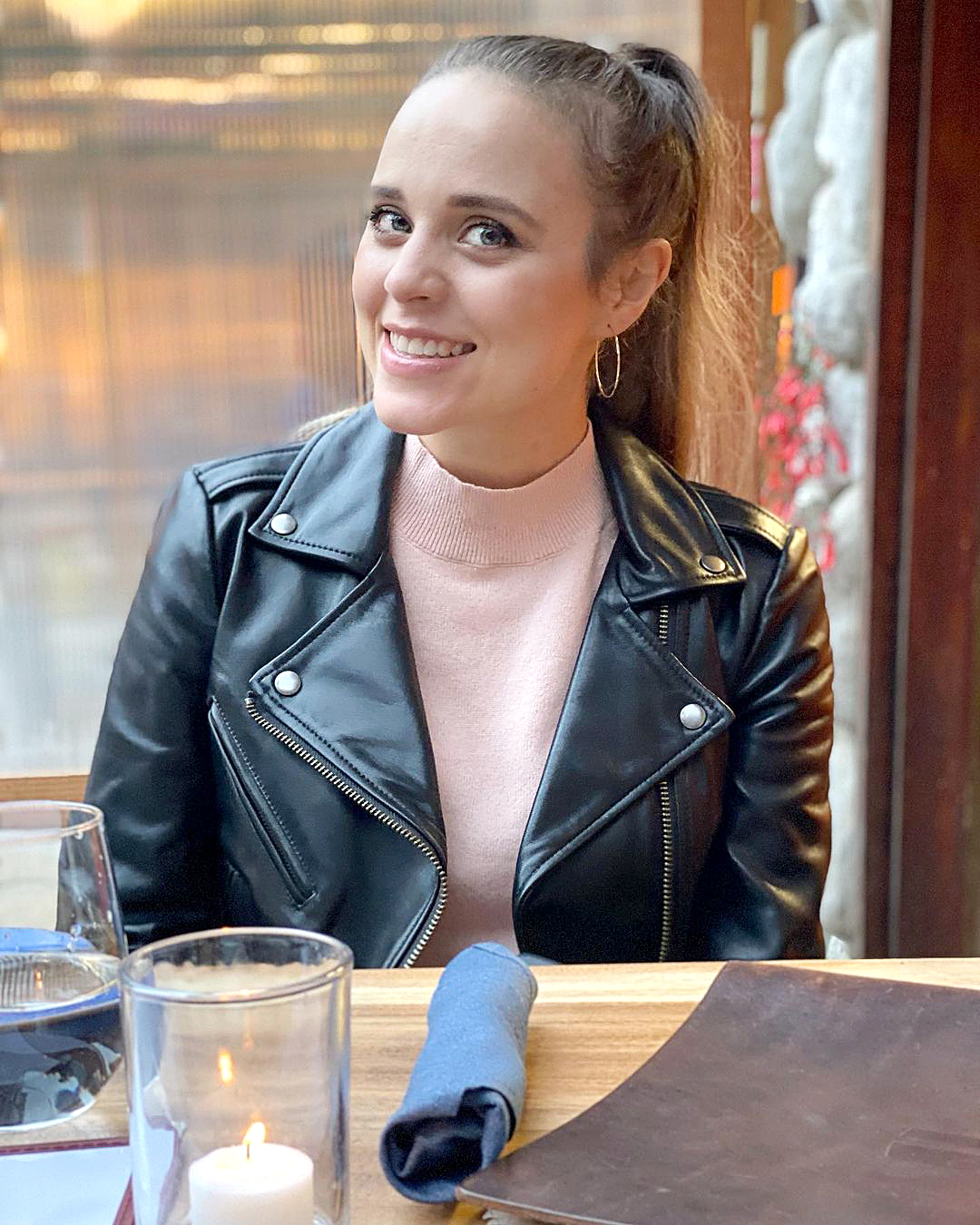 “Guys would write from prison for my sisters. It was crazy,” the reality TV veteran shared. “We constantly had letters coming in the mail and it was like, ‘Oh, who is it for this time? Oh, it’s for Jana, oh, it’s for Jessa‘ … it was mind blowing just to think that somebody thought they would walk right into your life and marry you, like, they were already basically proposing in their letters.”

While Duggar noted that some of the inmates may have believed these proposals were “legit,” she saw them as strangers.

The Arkansas native added, “I can understand how somebody would think, ‘Oh, I know you so well because I watched you from a child grow up,’ so they think that there’s a relationship there when there’s not. It’s like, a one-sided thing.”

The mother of two also revealed that growing up in the spotlight led many fans who attended their family’s church to approach her sisters there, in hopes of starting courtships.

“There were a lot of guys who came around, sometimes they would come visit the family or visit our church— that was a good in for some guys,” the California resident said in the interview. “They thought, ‘Oh, if I come to your church, that’s my in.’ It just felt so bizarre because it’s like, ‘Who are you? I don’t know you.’”

Duggar further explained that none of her sisters had any type of relationship with these guys at the time.

“It wasn’t like, ‘Oh look, I’ve been hanging out for a while and get to know your family and then we’ll see if anything happens,’” she added. “They would say to my family, my parents or something, ‘Oh yeah, I’m so interested in your daughter.’”

The 19 Kids and Counting alum added in the podcast episode that she was not impressed by these courtship attempts as a method to get on television.

“I remember that being something that, as a young person, that’s just like, ‘Nope, nope, nope, that’s not gonna work for me,’” she said. “And I think going back to that whole trust thing, it’s something that you want to make sure that this person has good intentions. It’s not just like, ‘Oh, this guy wants to be on TV and here’s his big break. I’m gonna go marry one of the Duggar daughters and that’s my in.’ That’s the last thing you wanted.”

Duggar Family: Meet the Next Generation

The Hope We Hold author also explained her resistance to raising her kids in the public eye.

“I’ve told Jer a couple times, like, ‘I just don’t want to be involved with that. … I don’t want my kids to have people looking in on their lives and picking them apart,’” she said during the podcast. “If I post a photo on Instagram, immediately you’ll have people who’ll say, ‘Oh, what a cute family photo!’ And then you’ll have those who will say really mean things.”

She even revealed her desire to no longer be recognizable “ever again.” Back in May 2021, the “Hope We Hold” podcast host exclusively told Us Weekly about the physical struggles she faced from growing up in the public eye.

“I think in this culture around us, there is so much talk about what true beauty is and what we’re defined by — if it’s by how we look, how we were raised or how popular we are, whatever those things may be,” she told Us. “For me, the wrestling was with my weight and my body image, even though I was very in shape and I didn’t need to lose weight. I felt like I needed to; as a 14-year-old girl, I was really wrestling with that.”