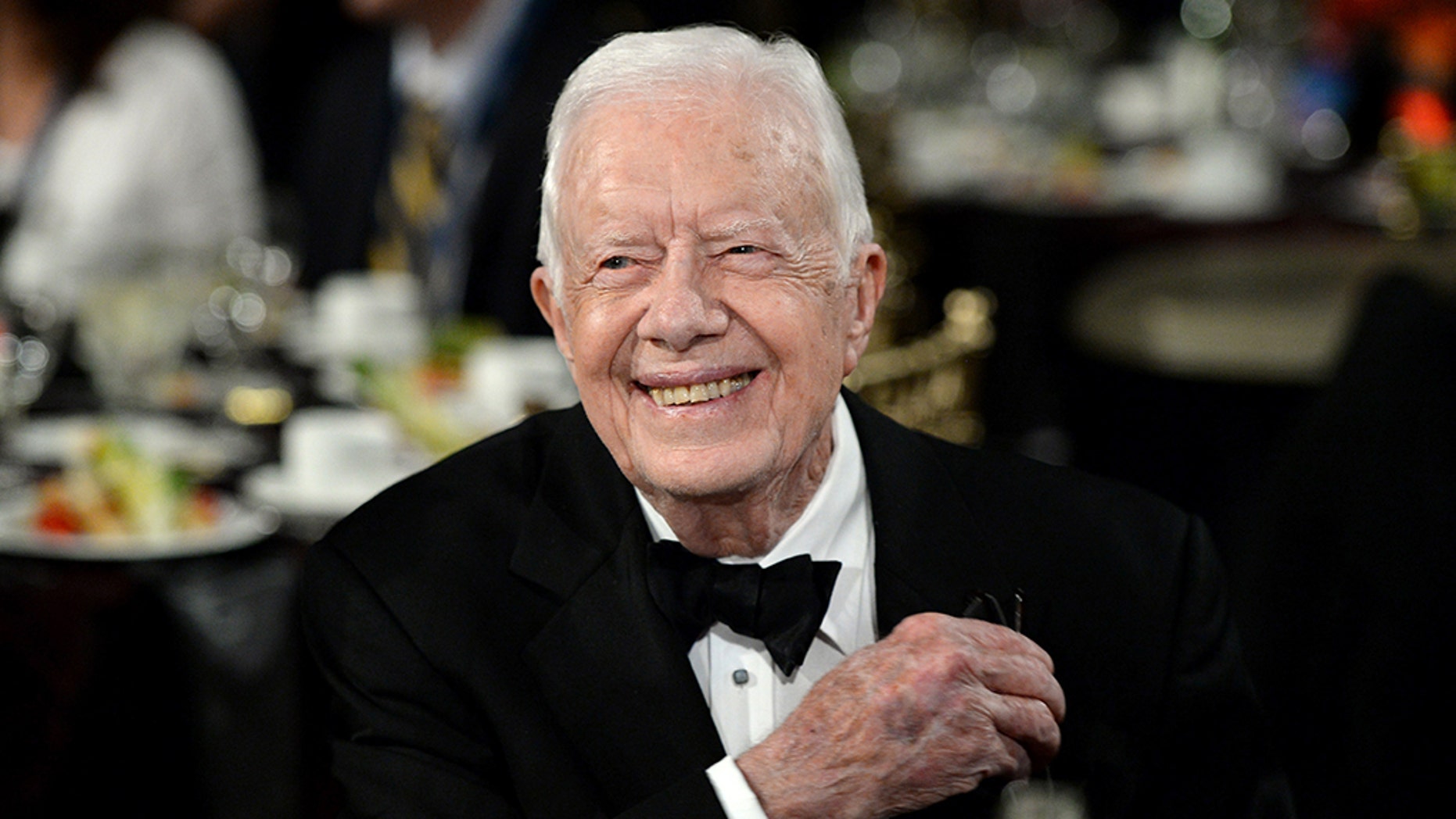 Jimmy Carter, who served as the 39th president of the U.S., won his third Grammy award on Sunday night.
(WireImage)

Carter, 94, won an award under the "Best Spoken Word Album" category for his audiobook, "Faith: A Journey For All." Within the book, a New York Times bestseller, Carter "contemplates how faith has sustained him in happiness and disappointment."

OPINION: WHY GOD WILL BE CENTER STAGE AT THE 2019 GRAMMYS

The award was Carter's third Grammy win. He's previously won Grammy awards in the same category for "A Full Life: Reflections at Ninety" in 2016, and "Our Endangered Values: America's Moral Crisis," in 2007. The 39th president has, in total, been nominated for a Grammy nine times.

But Carter isn't the first American president to win a Grammy award. Former Presidents Bill Clinton and Barack Obama have won two Grammys each for having the "Best Spoken Word Album." Obama was awarded one of his Grammys while serving as a senator for Illinois.