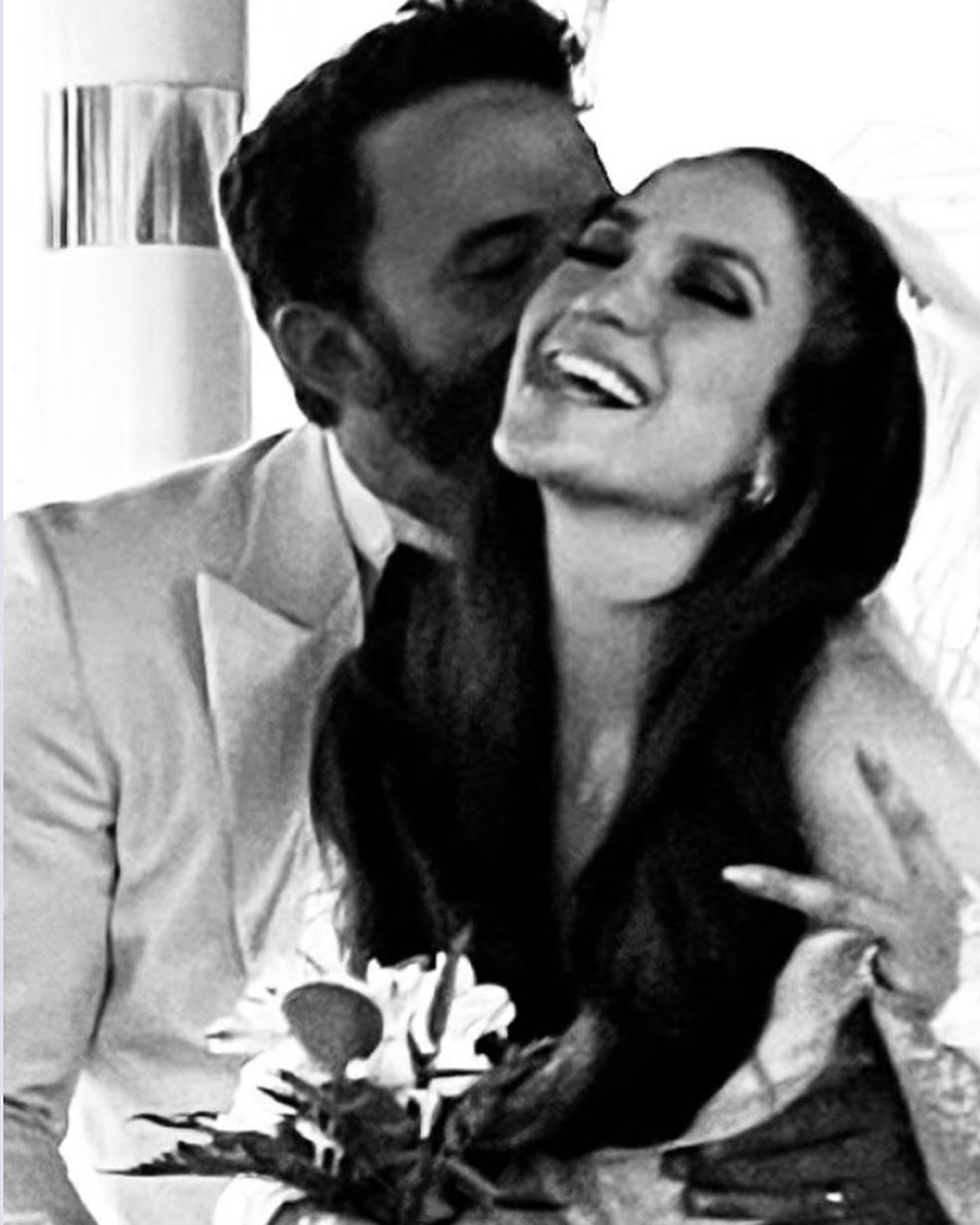 Jennifer Lopez and Ben Affleck got married in Las Vegas over the weekend, twenty years after their first wedding was called off in a haze of gambling, strippers and drama. I enjoy everything about the Bennifer Revival, and I’m loving all of the post-wedding gossip. As it turns out, some of Ben and J.Lo’s kids did go to the wedding, and it also sounds like everything was kept lowkey on purpose, because J.Lo’s focus was simply getting Ben down the aisle at long last. Page Six has more details, including why Violet Affleck stayed with her mom while Ben was getting married. Sources also confirm that Ben did tell Jen Garner about the wedding.

Jennifer Lopez and Ben Affleck are still on cloud nine after their surprise wedding in Las Vegas. The lovebirds celebrated, Page Six is told, with pizza and Diet Coke on a private jet back to LA in the early hours of Sunday morning.

And while J.Lo posted on her OnTheJLo newsletter Sunday that they were joined by their kids at the shock nuptials at a drive-through wedding chapel, Page Six is told that the only ones in attendance were Lopez’s child, Emme, 14, and Affleck’s Sera, 13. They have five kids in total between them. Emme has a twin brother, Max, and Affleck also shares Violet, 16, and Sam, 10, with ex-wife Jennifer Garner.

While they were tying the knot Garner was soaking up the sun in Lake Tahoe over the weekend — and gave no clue as to how she was feeling about it all.

“Ben did tell Jen about the wedding, but I’m told that it was only Friday at the earliest. It was very, very minimally planned in advance and was largely spur of the moment. Violet stayed home because she’s extremely loyal to her mom,” one well-placed Hollywood source told The Post.

As for why now, the Hollywood source added: “[Lopez] has been ready to get married since the night that Ben proposed. She wanted to lock this down and remove any chance for cold feet ASAP!”

LMAO @ “She wanted to lock this down and remove any chance for cold feet ASAP!” That’s been clear since he proposed. J.Lo didn’t want to do a long, drawn-out engagement and some big, fancy wedding. Because deep down, she knows that Ben would have found some way to sabotage himself and everything around him. Much easier to do something last-minute, spur of the moment and get it out of the way. I do hope that now that the legal part of it is done, Ben just… relaxes. He doesn’t have that self-sabotage trigger in the back of head waiting to go off. But we’ll see. As for Violet Affleck being “loyal” to her mother… I have no idea what any of that is about, but I enjoy Seraphina and Emme’s cute little friendship. I wonder where Max was?

Here are some photos of newly-married J.Lo leaving an LA dance studio yesterday. Talk about no honeymoon! I still say that they’ll do something around Ben’s birthday, probably. I’m hoping for another yacht trip. 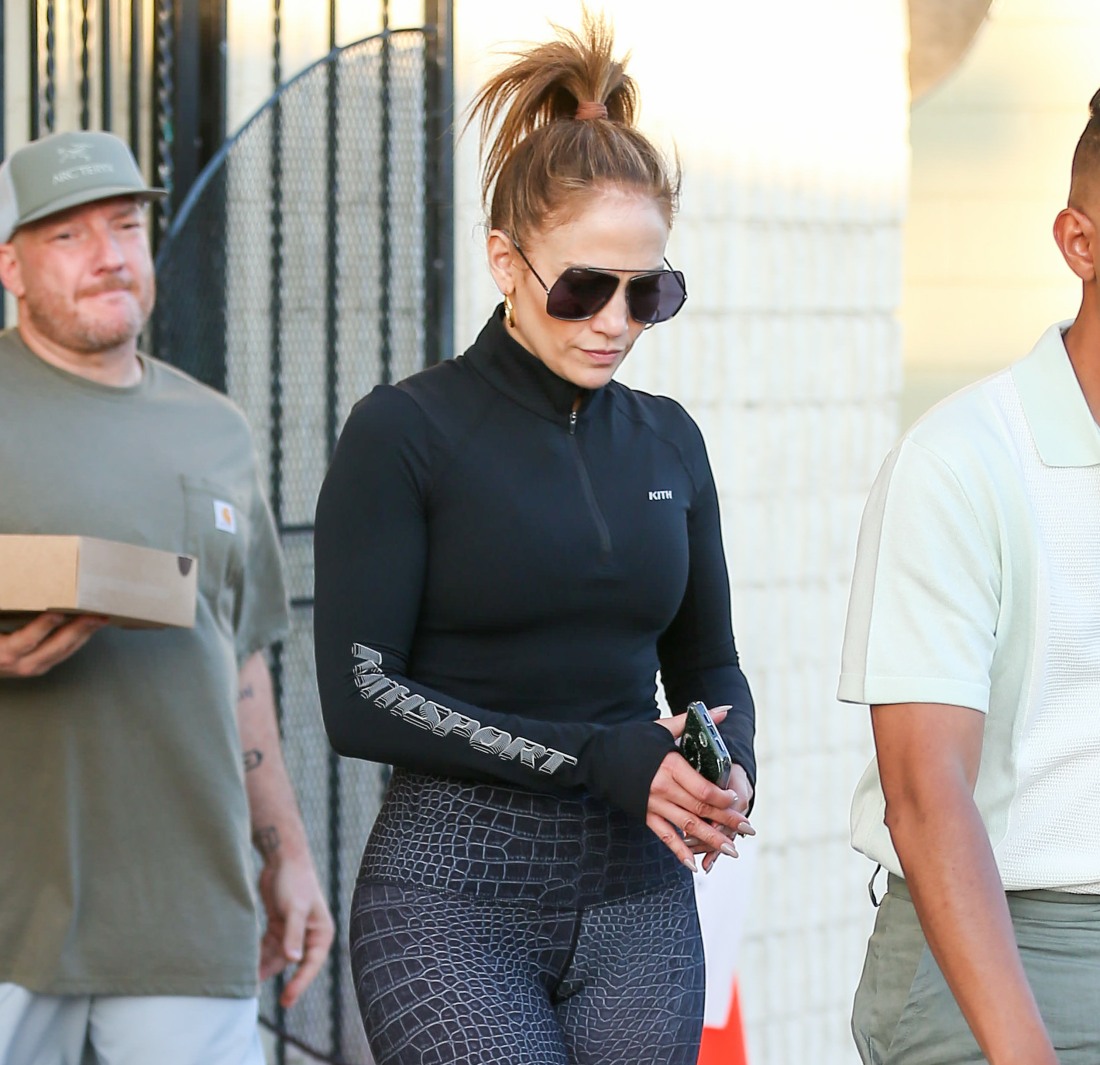 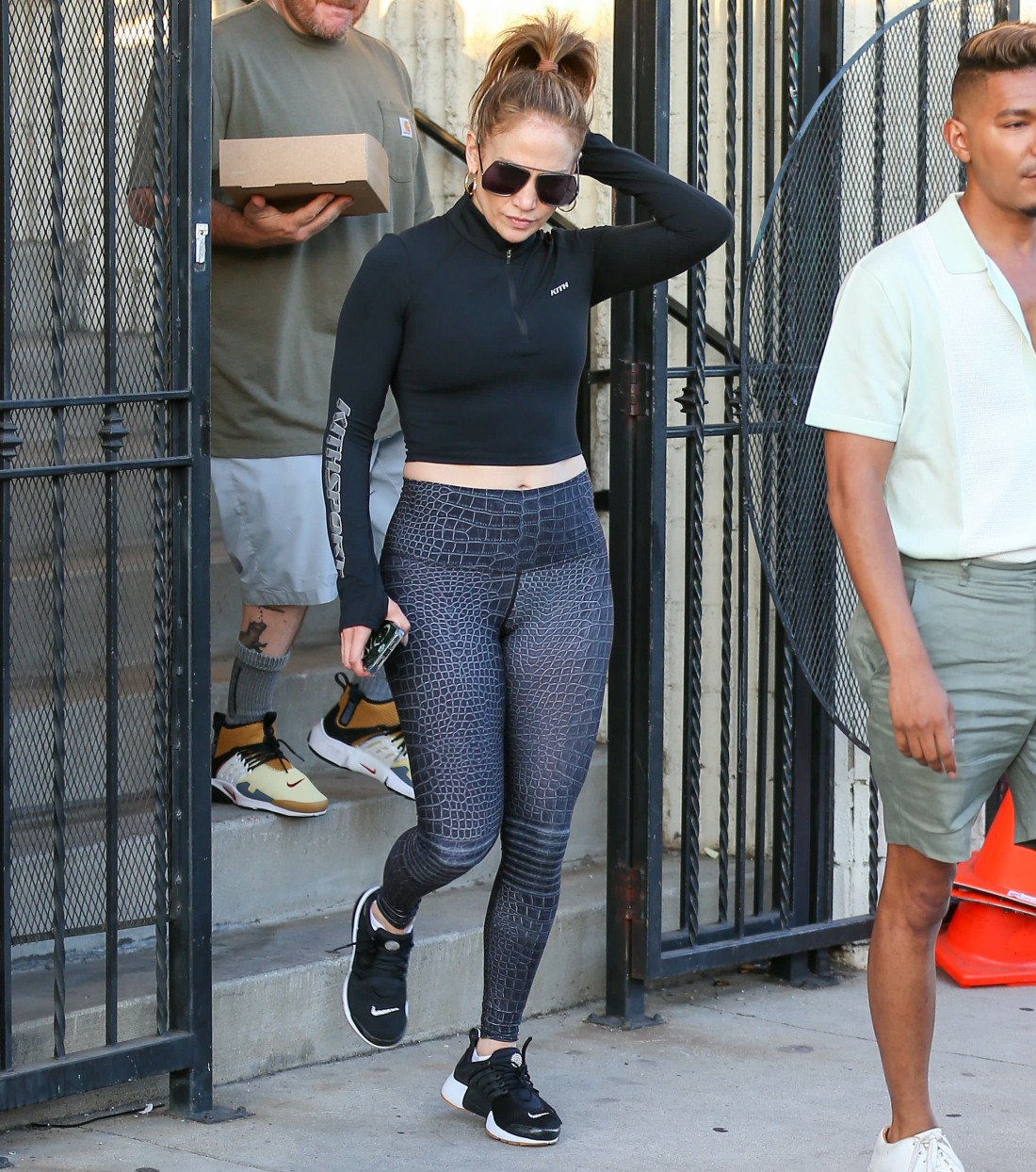 Photos courtesy of Cover Images, On The J.Lo newsletter.