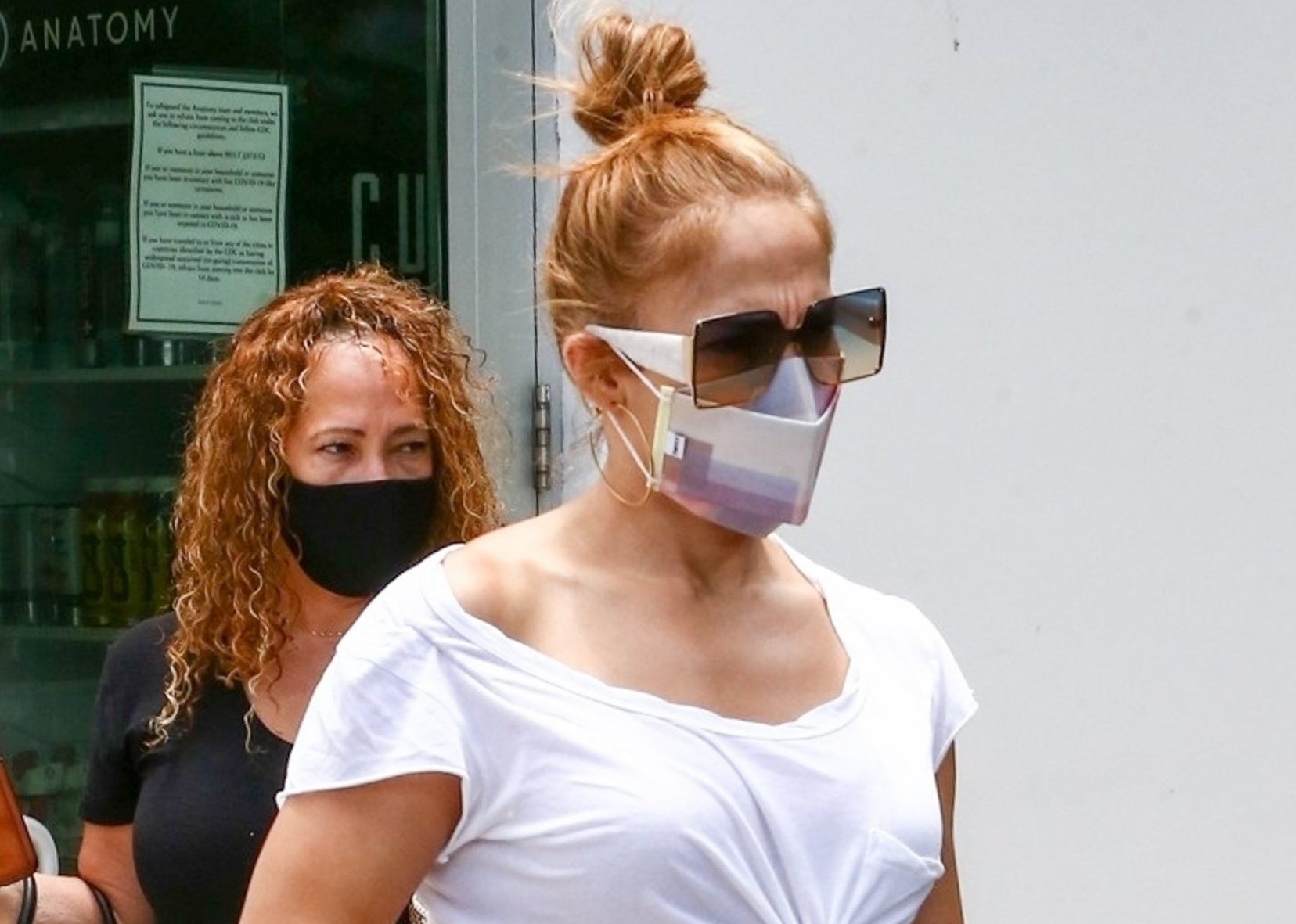 Jennifer Lopez continued to ignore rumours surrounding her reunion with Ben Affleck as she got a quick work-out in in Miami.

The Love Don’t Cost A Thing singer, 51, and Batman star, 48, have been faced with intense speculation that they have reunited, nearly 20 years after they ended their romance.

The pair – dubbed Bennifer – were even spotted arriving back in LA recently, following a secret, romantic trip to Montana.

However, J Lo was solo as she headed to the gym on Wednesday, for a fitness session.

Even after an intense workout, the mum-of-two still managed to look incredible, showing off her abs in a white knotted t-shirt and grey tracksuit bottoms on her way out.

She completed the look with a face mask, huge sunglasses and white trainers, keeping her phone clutched firmly in her hands.

Jen’s appearance comes as she has been hugely linked to former beau Ben, after her relationship with Alex Rodriguez came to an end last month.

Bennifer got engaged in 2002, before splitting in 2004, shortly before they were due to walk down the aisle together.

According to reports, it seems they are enjoying each other’s company once again, with pictures emerging of the pair driving around Montana together.

A source told People of their reunion: ‘[Jennifer] spent several days with Ben out of town. They have a strong connection. It’s all been quick and intense, but Jennifer is happy.’

Although the rumourmill has been on overdrive in recent weeks, neither has publicly addressed the reunion claims – while Alex threw some subtle shade at the Oscar winner.

Another source insisted to E! News that the former couple are just good friends, adding: ‘They have been in touch here and there throughout the years.

‘Ben reached out to her to see how she was doing and they had dinner together a few times within this last month. It’s natural between them and the chemistry is unreal.

‘They picked up where they last left off and are enjoying each other’s company right now.’

If you’ve got a celebriy story, video or pictures get in touch with the Metro.co.uk entertainment team by emailing us [email protected], calling 020 3615 2145 or by visiting our Submit Stuff page we’d love to hear from you.