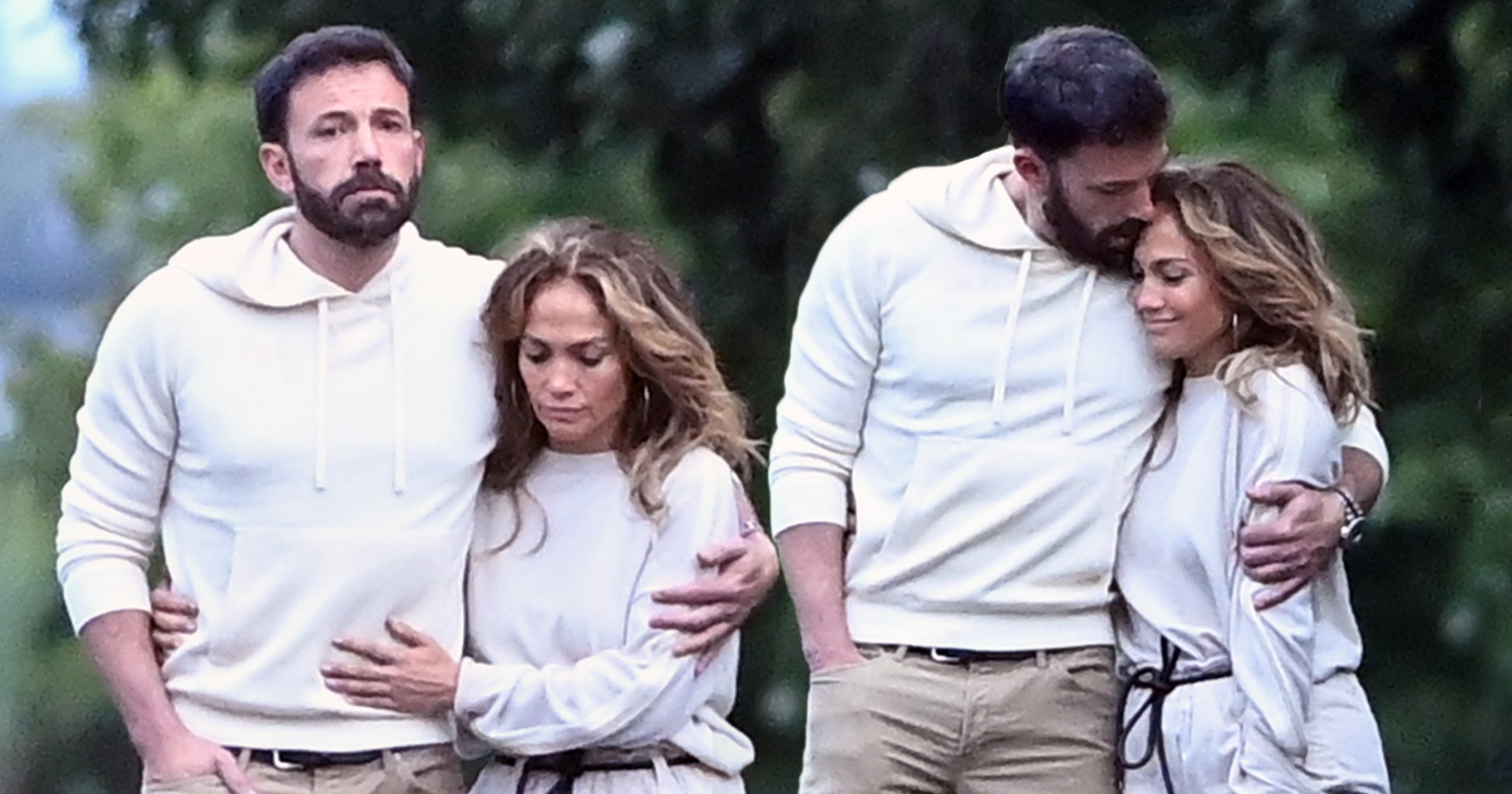 Jennifer Lopez and Ben Affleck were the picture of happiness as they were spotted on their latest romantic getaway in The Hamptons.

The couple, who recently reconciled 17 years after their break-up, jetted off to Long Island this weekend to celebrate the Fourth of July together.

Proving to be in sync with each other, Bennifer wore similar outfits with Ben in a white hoodie and beige trousers, while Jennifer wore a cream jumper and trousers.

They looked to be completely smitten as Marry Me actress Jennifer snuggled her head into Ben’s chest as they strolled along, while the Batman v Superman actor wrapped an arm around her shoulder and gently kissed her forehead.

When they weren’t lost in each other’s affection, Jen and Ben were engrossed in conversation with two friends who had accompanied them on the early evening stroll.

It’s not known if their children have joined them on the weekend getaway but the couple were reportedly spotted on a family trip to Disney World with their blended brood.

Jennifer is mother to 13-year-old twins Max and Emme from her marriage to Marc Anthony, while Ben shares three children with ex-wife Jennifer Garner; Violet, 15, Seraphina, 12, and Samuel, nine.

They’ve been inseparable over the past couple of months as reports that Bennifer was a thing again mounted after Jen ended her engagement to Alex Rodriguez.

Jen, 51, and Ben, 48, were spotted arriving at and leaving each other’s houses for several weeks and were also pictured boarding a private jet for a romantic weekend trip for two, fuelling the romance rumours.

However, everyone’s suspicions were confirmed when the couple were pictured kissing publicly for the first time since getting back together.

Bennifer were arguably the most high profile couple in the early noughties with their love story beginning in 2002. They met on the set of their movie Gigli, while Ben made a cameo in Jen’s iconic Jenny From The Block music video.

They got engaged in 2003 but called off their wedding just days before the ceremony ‘excessive media attention’. They officially split a few months later but clearly their romance wasn’t done just yet.

It was recently claimed that Bennifer has the ‘seal of approval’ from Ben’s ex-wife Jennifer, with an insider previously telling Us Weekly. ‘J.Lo thinks Jennifer is a kind and wonderful person and an amazing mother.’

Friends added that they can see the couple staying together forever this time around.

‘They love being together and the weekends away they had been spending together have really sealed the deal. They are very much in love,’ the source said.